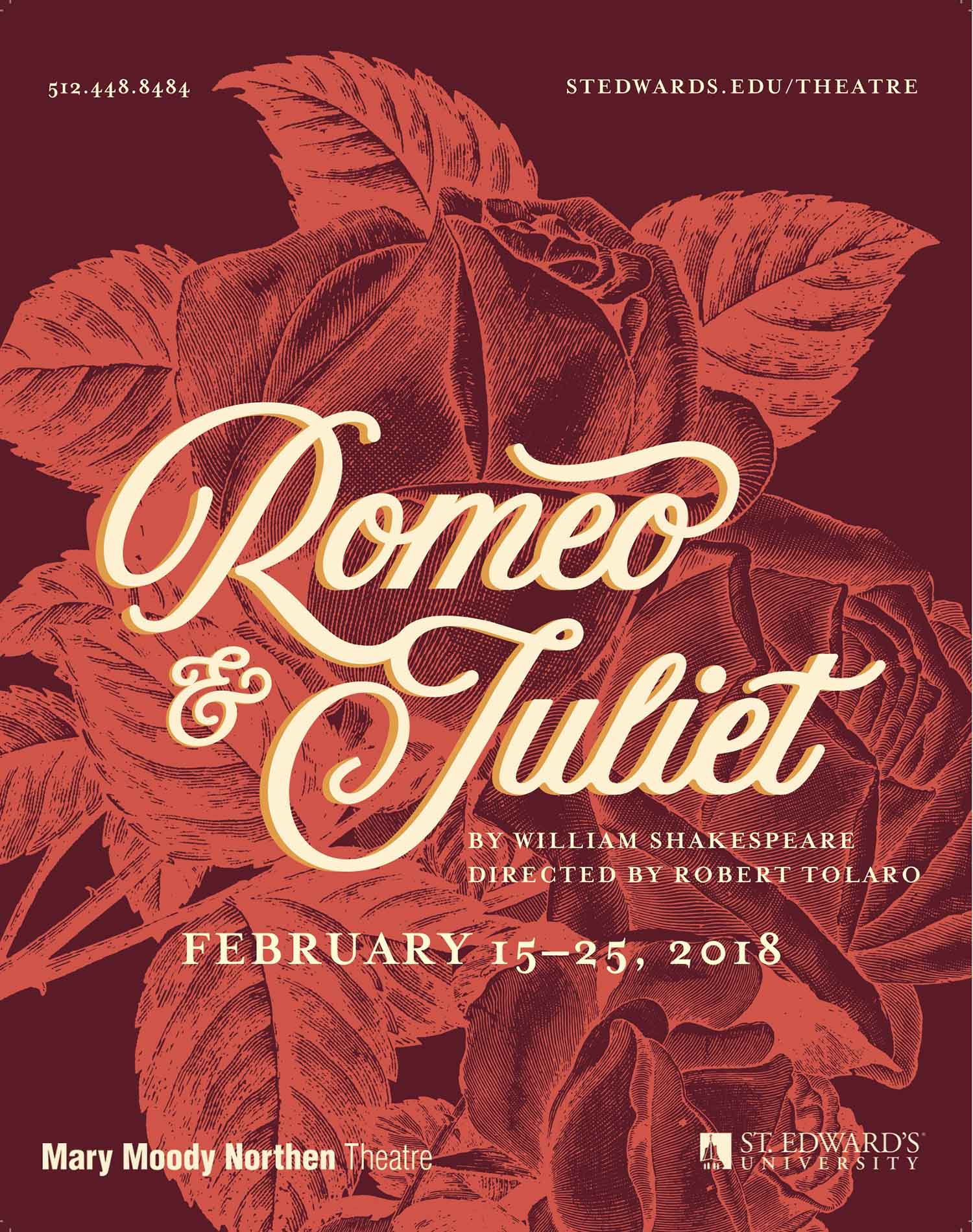 In the heart of fair Verona emerges a love too powerful to be stilled by deadly feuding between the city’s two most prominent families. Romeo is a forlorn lover, despondent over his unrequited affections until he is blindsided by Juliet, whose beauty teaches the torches to burn bright. There’s just one problem: she is the daughter of his father’s sworn enemy. Driven by their passion, the young lovers embark on a romance that still enchants audiences 400 years after its premiere.

WHAT: Romeo and Juliet

St. Edward’s University is a private, liberal arts college in the Catholic Holy Cross Tradition with approximately 4,600 students. Located in Austin, Texas, it is one of the top universities in Texas and offers undergraduate and graduate programs, including MBA programs and a master’s degree in counseling. With a network of partner universities around the world, St. Edward’s is a diverse community with programs designed to inspire students with a global perspective. St. Edward's University has been recognized for 15 consecutive years as one of "America's Best Colleges" by U.S. News & World Report and ranks in the top 15 Best Regional Universities in the Western Region.