AUSTIN, Texas – Last week we had a chance to sit down with Charles Rogers ’09, a Media Communications major, whose film “Fort Tilden” took the Grand Jury prize at the 2014 SXSW Film Festival. 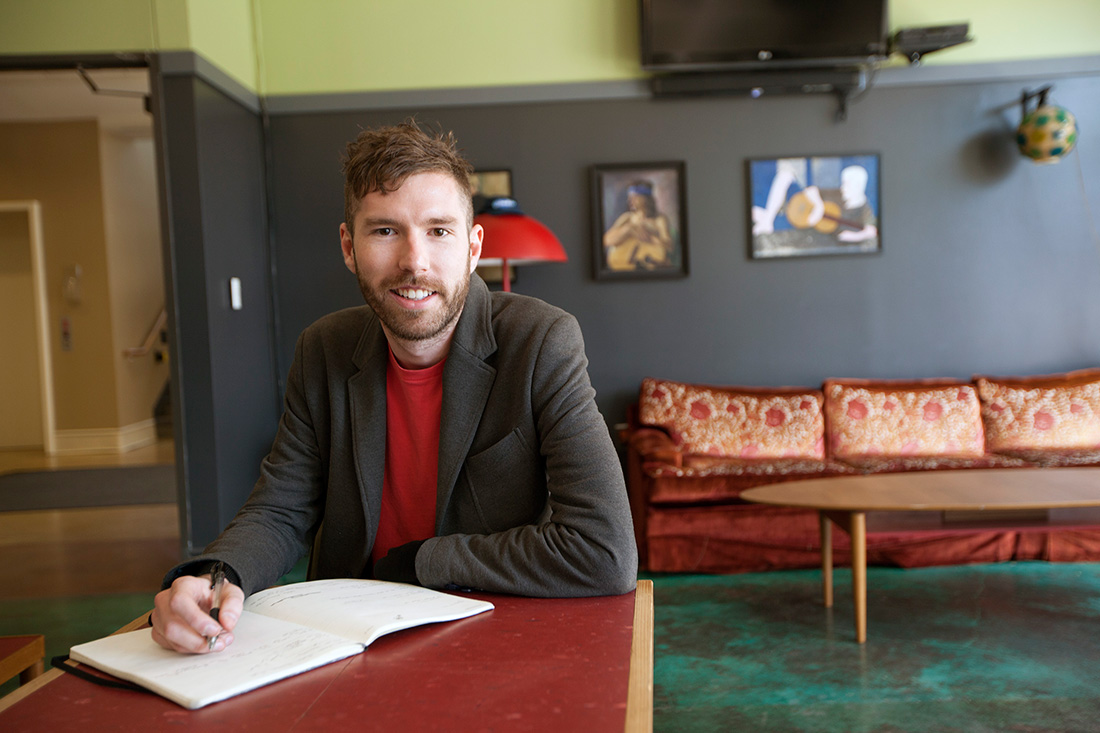 Rogers gave us insight into the making of the film, and discussed what is next on the agenda for the Brooklynite, whose credits include the Sorin Reel Film Festival. The festival, which ran for several years, was dedicated to short films made by St. Edward’s students.

Q: How does it feel to be able to say you just won the grand prize?

A: It feels amazing. It’s exciting because my cowriter/codirector (Sarah-Violet Bliss) and I weren’t going into the festival thinking, “We’ve got this.” It was a real roller coaster of emotions to realize yes, [the award] did actually come to our film. Winning means a lot for the film and a lot for us. I don’t know yet what it means because it just happened!

Q: What’s the background of the film?

A: Sarah-Violet and I are still in grad school at NYU. We were brainstorming about a web series and had this idea for an episode of it with two girls just trying to get to the beach, Fort Tilden. We came up with these characters, and after an hour brainstorming, we realized it would be a great feature film and that we should actually make it. We see people make films, but we don’t actually ever make our own. You know, there’s always these ideas you have with your friends and you just drop them. We decided that by the end of the summer, we had to make the movie. We wrote and cast for six weeks, shot for three weeks, edited for a month, and submitted it to SXSW. So it’s been a nine month process from concept to festival. It’s the fastest, craziest thing that’s ever happened to me.

Q: What’s next for this film?

A: Now that it won the festival, it’s going to go on to a lot of other festivals and will hopefully have distribution soon. [Distribution is] a conversation that is going to be had until it’s done! Hopefully [the film] will have a theatrical release. I don’t know if that would mean it comes to Austin or just to L.A. and New York. If not, you’ll be able to see it online. And beyond this movie, there are ideas that I want to make into films and ideas I want to make with my collaborator, Sarah-Violet. We’re just trying to stay open and ride this wave.

Q: You started the Sorin Reel Film Festival at St. Edward’s. What inspired that?

A: I made a lot of short films while I was at St. Edward’s. I realized people were getting really excited about the idea of filmmaking. Everybody really responded to it. People started to make their own short films, too, and I realized that if there was a film festival, it would give more of a face to the community, and it would allow people to come out of the woodwork and make films that otherwise they might not make. By the second film festival, we had around 500 people in attendance and 15 films. It wound up being really fun. It was a great experience. I look back at that as one of the most awesome memories I have.

Rogers credited several of his professors for helping guide him through four years at St. Edward’s including Alex Barron, Shannon Butler, Billy Earnest, Innes Mitchell and Corinne Weisgerber. Barron is a professor in University Programs while Butler, Earnest, Mitchell and Weisgber are Communication professors in the School of Humanities. Learn more about the Communications major degree plan.