INDIANAPOLIS, Ind. - Rachel Murray, a women's soccer graduate from St. Edward's University, has been named a finalist for the 2014 NCAA Woman of the Year award as announced on Tuesday.

Ten women from each of the three divisions make up the top 30, spanning various NCAA sports. The top 30 honorees reflect the pillars of the Woman of the Year award: outstanding achievements in academics, athletics, community service and leadership.

"These women are perfect examples of NCAA student-athletes succeeding on the field, in the classroom and in life," said Gloria Nevarez, NCAA Woman of the Year selection committee chair and senior associate commissioner for the Pac-12 Conference. "We are impressed by their outstanding achievements, and no matter the paths they take after college, we are confident that they will continue to lead their peers for many years to come."

In late September, three finalists from each division will be selected to form the nine finalists for the award.  The 2014 Woman of the Year will be announced at an annual ceremony in Indianapolis Oct. 19.

Murray is a Houston native and three-time Capital One Academic All-American who posted an undergraduate GPA of 4.0 in Biology. In her four years with the Hilltoppers, Murray was named to the NSCAA and Daktronics All-Region team four times for her performance on the field. Named a Heartland Conference Player of the Week five teams and first team All-Conference twice, she helped her team to two NCAA Elite Eight appearances. 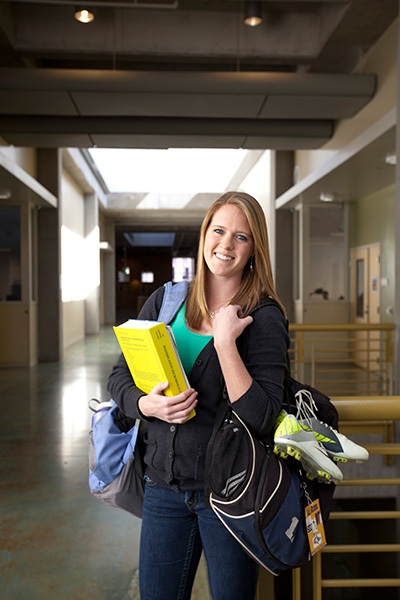