WASHINGTON — Raychelle Burks, assistant professor of Chemistry at St. Edward’s University, is the 2020 recipient of the American Chemical Society’s Grady-Stack Award for Interpreting Chemistry for the Public. The award, named for ACS News Service directors James T. Grady and James H. Stack, was established in 1955 to recognize individuals who have increased public knowledge and understanding of the chemical sciences through television, film, books, lectures and other media.

An analytical chemist who specializes in forensics, Burks is known for combining her love of science with popular culture across communications formats. She is the creator of SciPop Talks!, a lecture series about science in movies, books and video games. Burks has appeared on numerous scientific video series, including ACS’ Reactions, which explains the chemistry of everyday life. She is also a regular columnist for Chemistry World, she has appeared on the Science Channel’s Outrageous Acts of Science and she has contributed to numerous publications and podcasts. 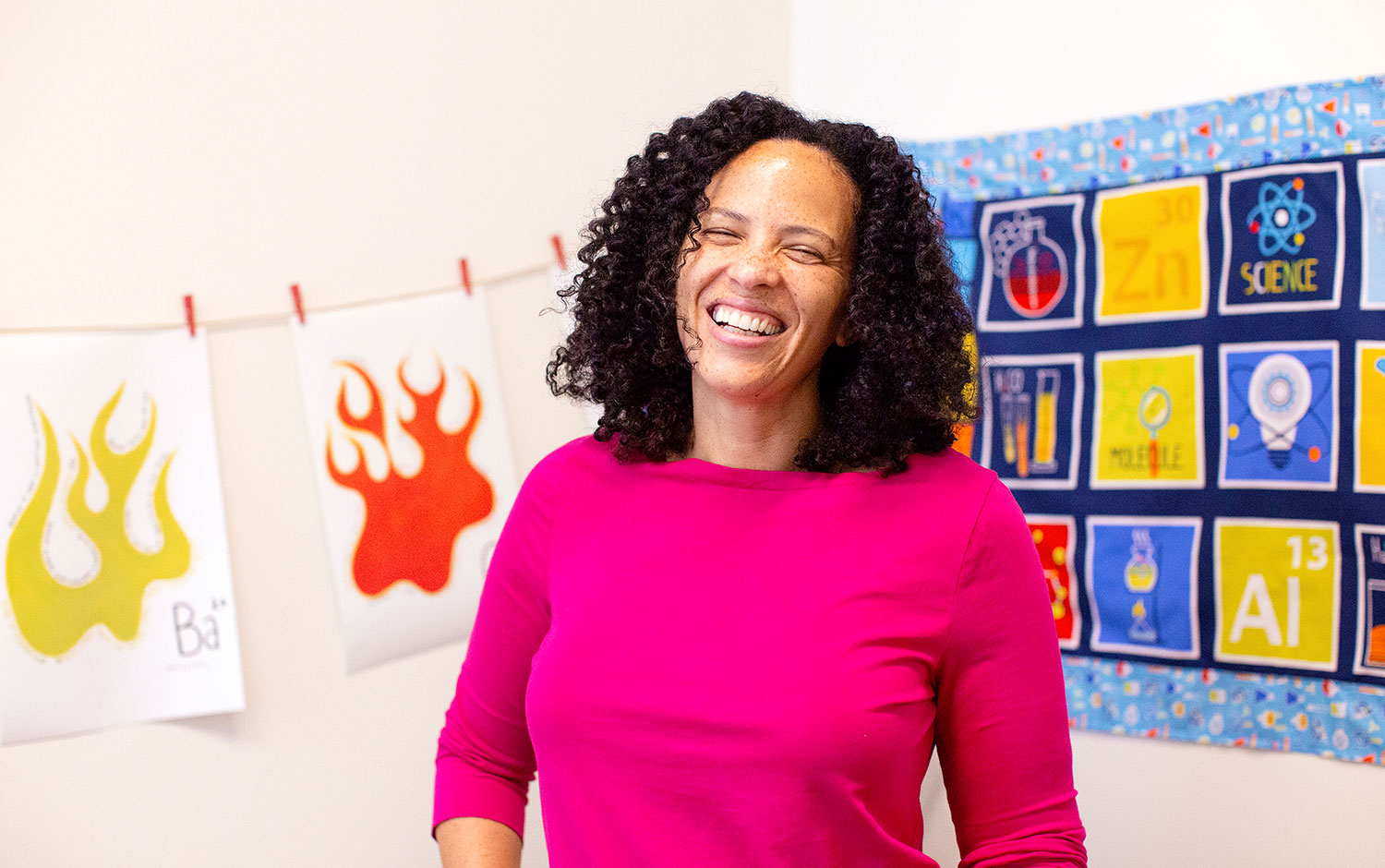 “Raychelle is a public-scientist extraordinaire,” says Matthew Hartings, Ph.D., associate professor of chemistry at American University. “She inspires a love of chemistry by bringing chemistry directly to where her audience is. This direct engagement — her commitment to finding chemistry that can entertain and enlighten people who wouldn’t normally think of science — is nothing short of phenomenal.”

Beyond her research and media appearances, Burks is also known for her advocacy in promoting women and underrepresented groups in the sciences. She is the founder of the DIY Science Zone program at GeekGirlCon, an annual convention for women interested in science fiction and pop culture. This program brings together scientists and science enthusiasts for a series of hands-on activities that appeal to children and adults alike. On social media, where she is known as “Dr. Rubidium,” Burks engages regularly with the online scientific community and promotes fellow researchers of color.

Burks earned her doctorate in analytical chemistry from the University of Nebraska, Lincoln, and she has held positions as a postdoctoral research associate and as a visiting assistant professor at Doane University. In 2016, she established a research lab at St. Edward’s University, where she and her team develop portable sensors for analyzing regulated drugs and explosives.

“I am honored that ACS and my fellow chemists appreciate my work in science communication across various media and social media outlets,” Burks says. “As the scientist in my family, I began by fielding questions about the science behind all sorts of things, from sci-fi to football to car maintenance. Sharing your passion for science is a great place to begin enriching and mutually beneficial conversations, which allows everyone to contribute and learn.”