So You Want To Open A Brewery? 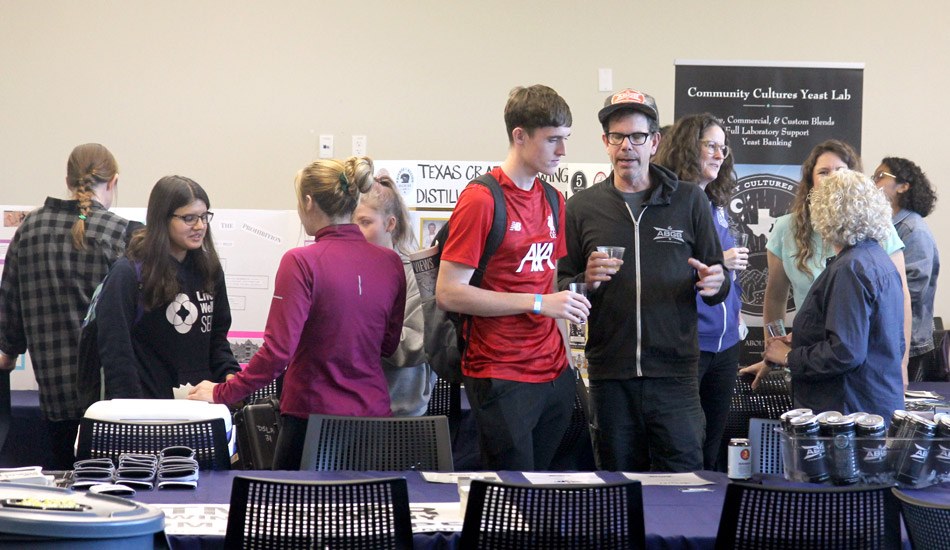 In January, Texas craft breweries, students, alumni and beer aficionados gathered at St. Edward’s University for “Hillhops: A Celebration of Texas Beer History,” where they toasted to craft beer knowledge and the entrepreneurial grit of Texas brewers.

For beer enthusiasts, there was also an opportunity to view items from the library’s Texas Craft Brewing Collection. St. Edward’s is one of the first archives in the country to begin chronicling the history and culture of craft beer.

Scroll down to read excerpts from both the first and the second panel, “So You Want To Open A Brewery.” And learn more about the library’s Texas Craft Brewing Archive, which is managed by Archivist and Special Collections Librarian Travis Williams.

Asked if the Hillhops event will happen again, Williams grins and promises “that plans are already in motion to expand the event in future years.” 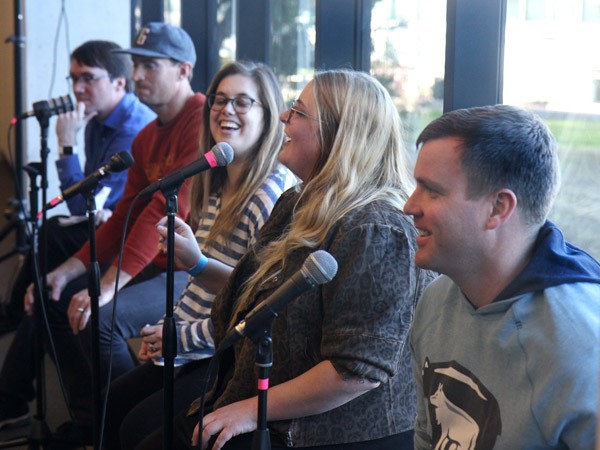 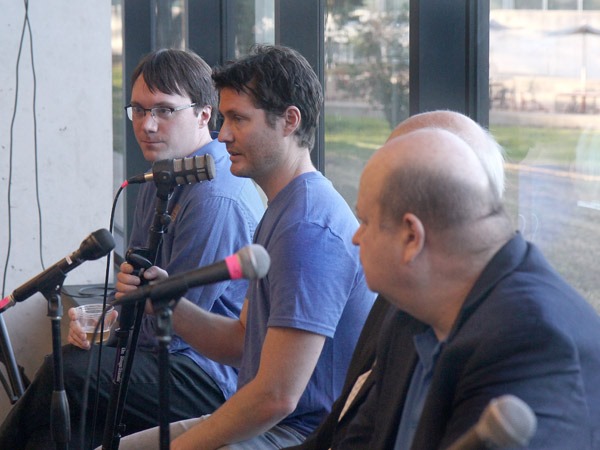 What skills does one need to have in order to successfully open and run a brewery?

Be able to work day and night. Work ethic is definitely one of them. Next thing is organizational skills, and I’m not the most organized guy. Attention to detail. If it worked for you the first time, and third time, then continue doing that and have processes in place. Whenever you teach someone, make sure there’s something to abide by, there’s a rule book, there’s a way to do things that can be taught. The trainee can train the trainer, etc.

Before you even look at the skills, ask yourself: Why are you doing this? If you do not have a passion for whatever it is you want to do, in this case craft brewing, it’s going to be a tough sled. The grit, that passion, is going to get you through a lot of tough times. Do not do this and say, I’m going to make a lot of money. That’s wrong. If you are going to make a lot of money, that’s great, but that’s not why you start doing this. The first inquiry is a self-analysis. Why am I doing this? And if you love what you’re doing, you are going to share your passion with others.

Every time you talk to an entrepreneur, their passionate about what they do. That can take you through the tough times. Passion is contagious. If you are really into it, you can get other people to gravitate to you because of your energy, so that’s a great thing. But also, when you are going into any business up front, you need to ask the question: Is there actually a market for what I want to make? Are there people that are actually going to buy it? You want to have researched in advance to know, hey, there is a customer out there for our product.

To bring this all together, grit is passion plus persistence. If you tie in collaboration, you actually have the craft industry. It’s changed a little bit over the years, if you look at the trends. In the 1990s, we had an uptick and then a downtick, and it’s been slowly going up in the 2000s and really quickly over the last six or seven years. What happened in the 90s is that you had people starting a brewery for the wrong reasons — they wanted to tell their friends at the country club that they owned a brewery. What happened was there were spillover effects with those two ups and downs. People actually learned how to make beer. So, the people that started the breweries and continue are those people that have actually learned to make beer and have that passion.

I think there’s a pretty strong sense of community in Austin as brewers and owners. I think there’s a strong sense of pride to say that you are from Austin and that you brew in Austin. I think we have a little bit of a chip on our shoulders as brewers. We are trying to make a name for ourselves — we are trying to make ourselves into a destination. Lagers are also a big deal here. That has to do with climate, and it is hot here so light beers make a lot of sense here. But I think what really sets us apart from others cities is that camaraderie.

We’ve always had a lot of people within the same industry that have worked at different breweries and that have moved on to start their own. My last boss has always supported me as I’m sure others have been supported. Also, on our side, we have a lot of independent retailers and grocery stores. We have Whole Foods corporate store here. Do you know how much easier it is to get into a grocery store of that demeanor? For us as a small local company, it’s a lot easier for us. They are a lot more accepting of us. We have a higher chance than getting into a corner store. We are so lucky to be in Austin where we have so many local retailers. People actually care about local things. We are very fortunate to have that in our market. To be able to walk up to a store and say, “I have a local product, it’s made fresh, can you give me a chance?” We are very fortunate to have this opportunity.

For more brewery inspiration, read the story of how Ben Sabin ’09 put his Communication degree to work in co-founding Friends and Allies Brewing. Find the article “Honing His Craft” on pg. 35 of the St. Edward’s University Magazine, Summer 2018.

If you’ve been holding on to a piece of Texas beer history that you’d like to contribute to future generations, or you’d like to view the Texas Craft Brewing Collection, contact archives [at] stedwards.edu.