AUSTIN, Texas — St. Edward’s University is once again one of the top producers of Fulbright awards in the nation among master’s-granting institutions, according to a recent list released by The Chronicle of Higher Education based on the number of Fulbright recipients from the 2016–2017 academic year.

This year, the Fulbright Program has selected 11 St. Edward’s students as semi-finalists for the prestigious 2017–2018 Fulbright Student Scholarship to study, conduct research and/or teach English abroad.

“St. Edward’s is honored that the Fulbright Program has continued, for the past decade, to recognize our students’ knowledge, passion and commitment to cultural exchange,” says Caroline Morris, associate vice president for Applied Learning, Social Impact and Global Initiatives. “This program, founded in the wake of World War II to build transnational ties and bridge international divides, has given our students the opportunity to use their intellectual curiosity, gain global perspectives, and learn how to make a difference in the communities they join at home and abroad.”

Since 2008, a total of 51 Fulbright Students from St. Edward’s have had the opportunity to work, live with and learn from the people of the host country. 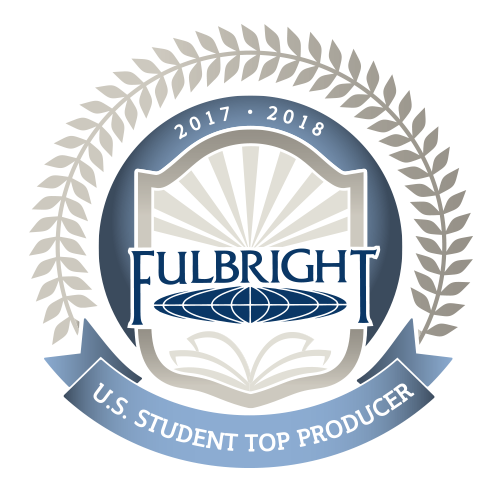 The Fulbright competition is administered at St. Edward’s through The Office of Fellowships, which nurtures high-achieving students academically and professionally, connects them to merit-based opportunities and makes the process of applying an enriching, reflective personal journey.

About the Fulbright Program

Since its inception in 1946, the Fulbright Program has provided more than 380,000 participants — chosen for their academic merit and leadership potential — with the opportunity to exchange ideas and contribute to finding solutions to shared international concerns. Over 1,900 U.S. students, artists and young professionals in more than 100 different fields of study are offered Fulbright Program grants to study, teach English and conduct research abroad each year. The Fulbright U.S. Student Program operates in over 140 countries throughout the world.

The Fulbright U.S. Student Program is a program of the U.S. Department of State, funded by an annual appropriation from the U.S. Congress to the Bureau of Educational and Cultural Affairs, and supported in its implementation by the Institute of International Education.

For more information about the Fulbright Program, visit: http://eca.state.gov/fulbright