AUSTIN, Texas - Eleven students from the 2013–2014 academic year were presented with the St. Edward’s University Presidential Award at the Honors Night ceremony. The Presidential Award is given to outstanding seniors from the undergraduate, graduate and New College programs who embody the principles of the university’s Holy Cross tradition and mission, and have demonstrated excellence in leadership, academic performance and service to the university and other communities.

The award is given annually each April to no more than 12 students. This year, faculty, staff and peers nominated a record 170 students for the award, and a committee selected the final recipients. The Presidential Award was first given in the 1985–1986 academic year and has been awarded to 303 students since its inception.

This year’s Presidential Award winners are:

Denae Dibrell – An English Writing and Rhetoric major in the Honors Program with a 3.96 GPA, Denae has made the Dean’s List every semester at St. Edward’s. She has received the Trustee Scholar Award, the Faculty Scholarship, the Service Scholarship and the Bishop Harris Scholarship. As an Honors student, she received a Summer Academic Excellence Award to study first-year writing programs, writing, and writing pedagogy in Valparaiso and Vina del Mar, Chile, to gain an international perspective. She presented her Honors thesis at the Conference on College Composition and Communication, the world’s largest professional organization for researching and teaching composition. 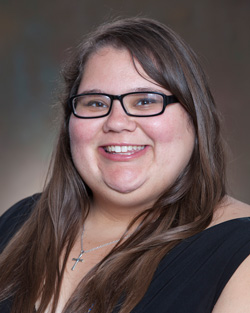 Jennifer Lynn Eakin – An active member of Campus Ministry, Jenny signed up for Alternative Spring Break and found herself volunteering with urban elementary school students in Chicago. The students’ enthusiasm for learning and commitment to their futures inspired Jenny to better value her own education and the important role she could play as a future teacher. An English Language Arts and Reading major, she has regularly made the Dean’s List and won the President’s Scholar Award. She is a member of the Theta Alpha Kappa national honor society and has received the St. Catherine Medal for her leadership, service and academic accomplishments. 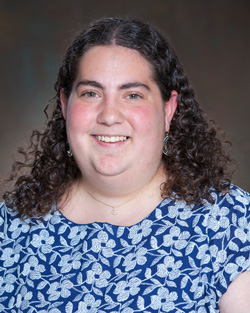 Kaitlin Marie Eighme – As a freshman, Kaitlin was a member of the Social Justice Living Learning Community; later, she joined the upperclassman Faith and Service Living Learning Community. She has been a regular participant in service activities such as The BIG Event and Reach Out. She has participated in, and led her classmates on, service trips locally and abroad — two Alternative Spring Break trips as well as International Immersion experiences in Peru and Uganda. For her academic accomplishments, Kaitlin received the President’s Scholar Award, and she has appeared on the dean’s list six times earning a 3.77 GPA as an English Language Arts and Reading major. She is a member of Theta Alpha Kappa, the Religious and Theological Studies Honor Society. 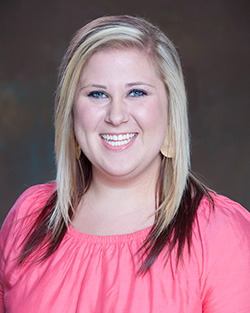 Alyssa Haney – An Sociology major and Honors student with a perfect 4.0 GPA, Alyssa has received recognition as Student of the Year by the Sociology, Modern Languages and Humanities programs. Her academic accomplishments have a strong international component, preparing her to graduate with a Global Understanding Certificate. For her Honors thesis, she conducted independent research in Uruguay. She presented this thesis at the American Sociological Association’s annual meeting. She is a member of the International Sociology Honorary Society, Alpha Kappa Delta, as well as Alpha Chi Omega and Alpha Mu Gamma. Alyssa participated in LeaderShape and the Multicultural Awareness Conference on Leadership (M.A.C. Lead) to develop her leadership skills, which she has put to use as president of the Pangea chapter, leading volunteers as reading tutors at a local bilingual elementary school. 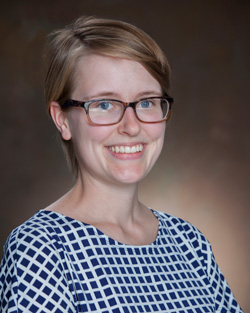 Stephanie Claire Keinz – A Global Studies major and member of the Honors program with a 3.83 GPA, Stephanie has consistently remained on the Dean’s List every semester, and she has just as consistently received the Trustee and President’s Scholar Awards. She was selected to present her Honors thesis at the Southwestern Social Science Association Conference in March 2014.  Stephanie reactivated the Amnesty International St. Edward’s chapter during her freshman year, and was also selected to attend LeaderShape through Student Life during her freshman year, for which she received the Burke Leadership Award. 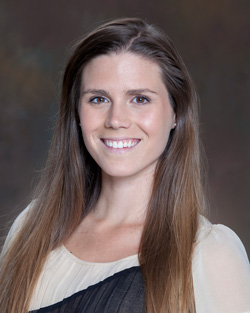 Curran Wayne Kelley – A dedicated scholar with a 3.68 GPA in the Honors Program, Curran has consistently appeared on the Dean’s List and is a member of the national Alpha Chi and Delta Mu Delta Honor Societies. Upon arriving at St. Edward’s and finding that no organization for swimmers existed, he founded Club Swimming on campus. To give his team competition and a community that would encourage them to grow, he led the development of the Southwest Swim League, which includes 10 Club Swim teams in Texas and Arkansas. This same tendency toward leadership is also reflected in his time spent in Student Life as a Student Government Association senator, Chair of the Blue and Gold Committee, and his  leadership position in the Digital Media Consortium as a Digital Media Management major. As a freshman, he received the Emerging Leader Award. As a member of the Transitional Experiences Council in Student Life, Curran helped develop new traditions on campus, such as the Legacy Walk for incoming freshmen, the Hilltop Send-Off for graduating seniors as well as the creation of the university ring. 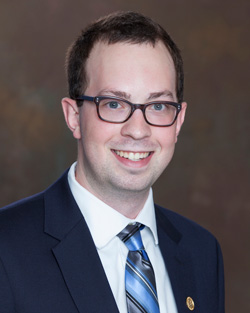 Rachel Murray – An embodiment of the ideal student-athlete, Rachel has accomplished great things as a varsity soccer player while pursuing academic excellence in the Honors Program, graduating with a perfect 4.0 GPA in Biology. Rachel’s soccer career has been marked with excellence since the beginning, earning her the Heartland Conference Freshman of the Year award. She has been a starter every year, made the National Soccer Coaches Athletic Association (NSCAA) All-Region team all four years and regularly won other recognitions such as the Heartland Conference Player of the Week. She has appeared on the Dean’s List every semester she has been at St. Edward’s, and she made the Capitol One Academic All-American team — recognition from the NCAA for student-athletes who exhibit excellence in the classroom — in 2011, 2012 and 2013. As an Honors student, she pursued independent summer research and presented her findings at the University of Texas – San Antonio (UTSA) College of Science Research Conference. 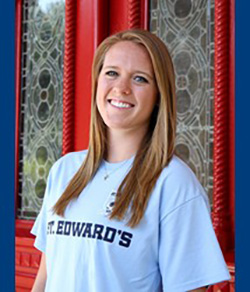 Rachel Rosenberg O’Brien – To set an example for her daughter, Rachel returned to school to complete her degree in Organizational Communication through New College — where she developed the confidence to lead, at work and in her service to the community. Inspired by her success at work, Rachel evaluated what was most important to her and chose to take a local leadership role volunteering with Hadassah, a national nonprofit organization that seeks to bring medical care to everyone. She also serves her local Jewish community by helping coordinate a children’s educational program. Despite her considerable work, family and service commitments, Rachel has achieved an impressive 3.76 GPA. 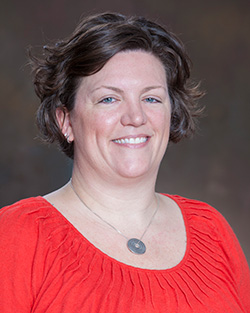 Anabel Rodriguez – A CAMP student, Anabel has received numerous scholarships in recognition of her significant academic achievements. Among these are the Gates Millennium Scholarship, the Sam Walton Scholarship, the Exemplary Migrant Student Scholarship at St. Edward’s and the Kaplan Undergraduate Achievement Award — the latter of which is awarded to a single undergraduate student in the state. Anabel has conducted high-level research at St. Edward’s, going above and beyond the requirements her professors set for her. She has presented this research at conferences around Texas and the nation. With a GPA of 3.97 majoring in Biology, she has appeared on the Dean’s List every semester she has been at St. Edward’s. 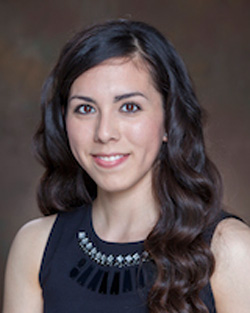 Cullen Thomas Soares – A Biochemistry major in the Honors Program, Cullen has earned a 3.96 GPA. During his first week at St. Edward’s, he participated in the Freshmen Advanced Research Methods program and came to appreciate how research could support his undergraduate studies. After his freshman year, he took part in a six-week summer research program through the Natural Sciences Living Learning Community. Based on this experience, he designed his own subsequent research project and persevered despite unexpected challenges. He has presented his research many times — at the College of Sciences Research Conference, the Texas Academy of Sciences Conference, the St. Edward’s Symposium on Undergraduate Research and Creative Expression, the Welch Scholars Summer Research Symposium, the Brother Lucian Blersch Symposium and the Southwest Regional Meeting of the American Chemical Society. 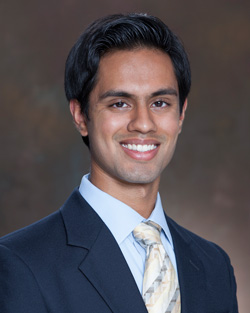 Lan-Anh Van-Dinh – A Biology major with a 3.87 GPA, Lan-Anh is a member of the Honors Program, through which she received a scholarship to study abroad in London. She is a polyglot, fluent in Vietnamese and English and an advanced student in French and Spanish — she was honored with the Modern Language Award for her accomplishments studying French. She has been awarded several academic and service scholarships. Understanding the importance of gaining well-rounded experience, Lan-Anh joined several organizations on campus through Student Life and served in various officer capacities. Most recently, she has been the president of the Asian Student Association, the historian of the Academy of Science, and a recruitment committee member and sponsorship chairman of the Colleges Against Cancer. 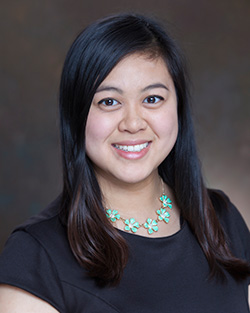 Photos and accomplishments for each of the winners will hang in the Robert and Pearle Ragsdale Center for one year. More information about the Presidential Awards can be found at https://www.stedwards.edu/news-center/news-releases/st-edwards-university-announces-2020-presidential-award-recipients.