Austin, Texas -- St. Edward’s University announces naming its school of business in honor of an extraordinary business leader, humanitarian and friend of the university – Bill Munday.

With businesses in the automobile industry, healthcare and real estate, Bill is known for his business acumen. But he is also known as a generous philanthropist and was named with Pat, his wife of 45 years, Philanthropist of the Year in 2008 by the Austin Chapter of the Association of Fundraising Professionals. Bill and Pat are the university’s largest donors, having contributed more than $36 million since 2003. 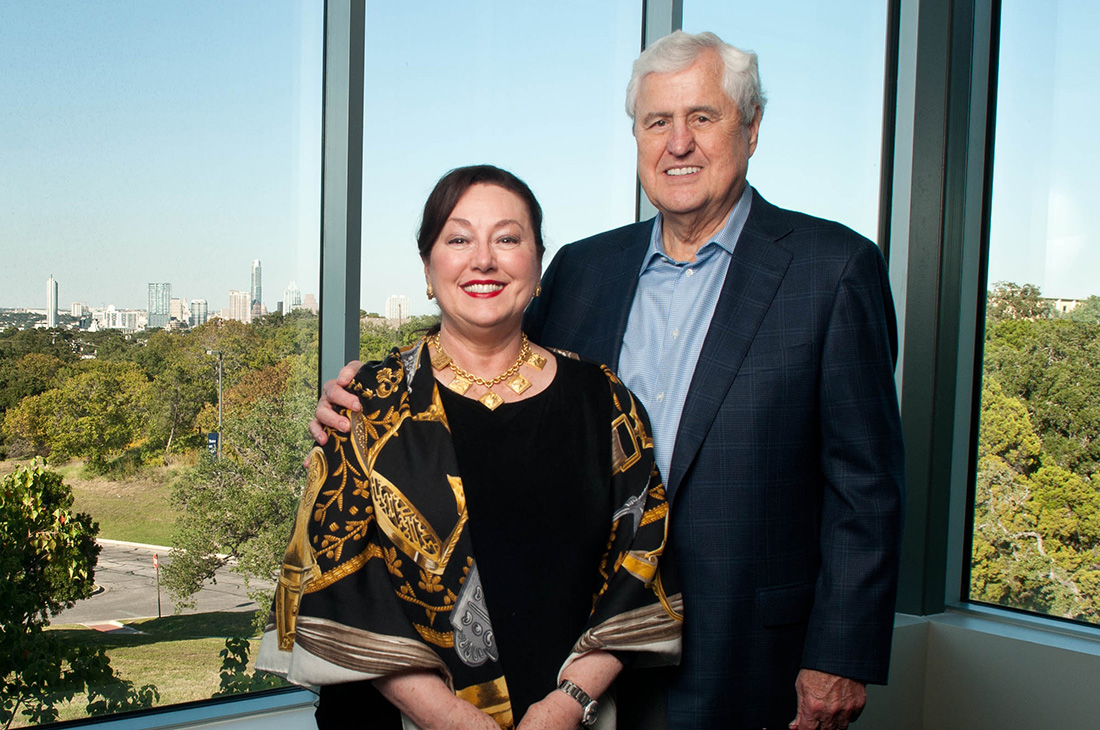 Bill’s entrepreneurial success, coupled with his philanthropic leadership, inspired the university to connect his name and legacy with its business program.  The school will become known as The Bill Munday School of Business.

“Our relationship and friendship with the Mundays is based on shared values, said George E. Martin, president of St. Edward’s University. “Bill uses his business success to bring value to his community and the lives of others. He is an advocate for young people seeking opportunity, and he understands the importance of making higher education accessible. Where there is a need, he works to meet it.”

The Mundays’ commitment to the university mission and access to education began in 2003, when they provided a $500,000 endowment for scholarships.  In 2004, Pat and Bill Munday made a gift of $385,000, which completed fundraising efforts for the John Brooks Williams Natural Sciences Center–North.  In 2011, a gift of $13 million from the Mundays provided funding for the state-of-the-art Munday Library that opened in the fall of 2013. In February 2013, the Mundays provided the largest donation in the university’s history - $20 million that will provide scholarships for up to 150 students per year.

The Bill Munday School of Business has an enrollment of more than 1,400 students and offers both undergraduate and graduate programs that help cultivate business leaders and entrepreneurs through the study of commerce and related disciplines including: accounting, technology, business administration, digital media management, economics, international business, marketing and more.