For the St. Edward’s University Campus Ministry Office, the beginning of the 2015 spring semester will signal the start of far more than just a new year.

A year and a half after being temporarily relocated during construction, the Campus Ministry staff will move into their new home, the Brother Stephen Walsh, CSC, ’62 Campus Ministry Building. The new building is connected to the Our Lady Queen of Peace Chapel near the entrance of campus.

It’s not just a new space, it’s a new opportunity,” said Brother Larry Atkinson, CSC, ’70, the assistant director of Campus Ministry. “We will be back in the center of campus and surrounded by a beautiful garden that we hope will be a place of inspiration for students.

The new building is named for Brother Stephen Walsh, CSC, ’62, whose contributions to St. Edward’s over the years are innumerable. In 1972, at only 31 years old, Brother Stephen became university president. He 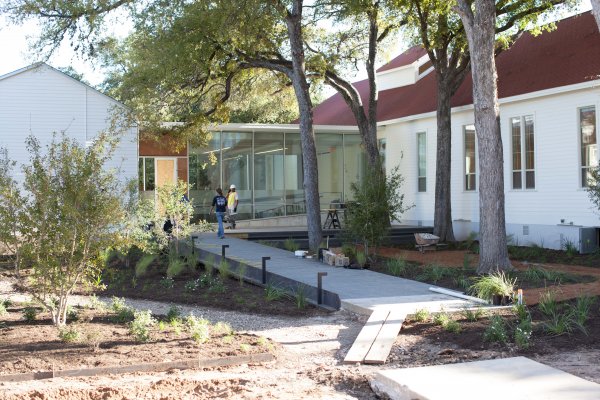 held the reins through turbulent times and helped lay the foundation for the future success of the university. Under his leadership, the university introduced the New College program for adult learners and became one of the first American schools to establish a College Assistance Migrant Program (CAMP).

At his core, Brother Stephen was a Holy Cross educator. Whether he was in the classroom or leading at Holy Cross schools across the country, he approached his work with the principle of “meeting students where they are.”

“The chapel, the Walsh Building and the meditation garden will be a shining, physical statement of the importance of faith and spirituality the life on campus,” said Father Peter Walsh, director of Campus Ministry. “We strive to embed Holy Cross values within the ways in which people go about their work at the university and the way they see themselves.”

In congruence with Brother Stephen’s efforts, the building provides community, activity and office space to help continue the university’s commitment to its Catholic, Holy Cross heritage.

The excitement around the new building extends beyond the staff. In addition to office space, The Brothers of Holy Cross Community Room will be a place for students to get to know Campus Ministry and their peers.

“Mang House, the old building, was a place for students to just relax and be ourselves. It’s exciting to be able to recreate that vibe in a new building,” senior Kiersten Oubre said.

While the building still won’t open for a few months, it will be 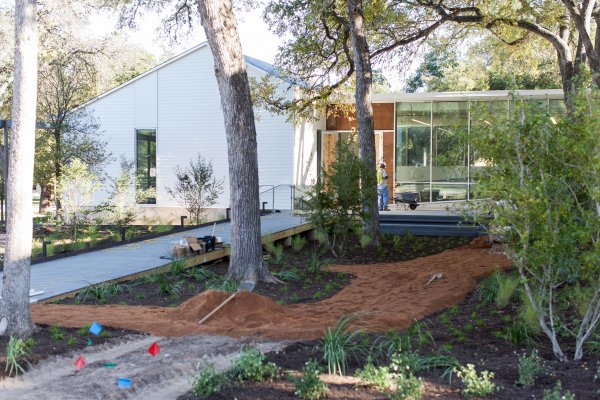 blessed on the same day as the chapel dedication. There will be a private ceremony with the brothers, the family of Brother Stephen, Campus Ministry staff and Most Reverend Joe S. Vasquez, DD, STL, Bishop of the Diocese of Austin.