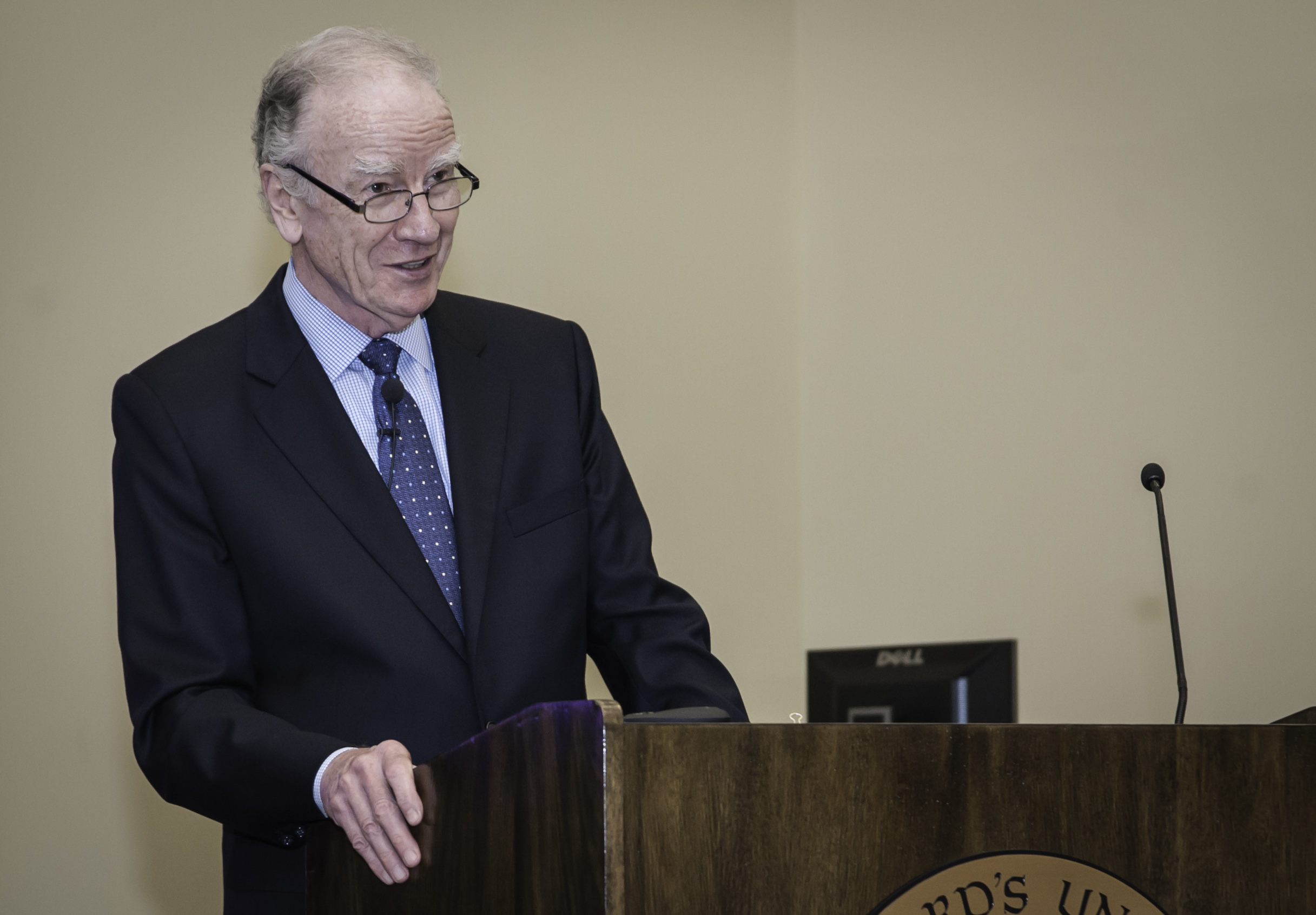 St. Edward’s University President George E. Martin provided a state of the university address on Thursday, updating members of the campus community about recent successes and important news that impacts life and work on the hilltop.

President Martin started the meeting by recognizing faculty and staff for their service to the university, ranging from 10 years to 45 years.

The most exciting announcement came as Joe DeMedeiros, vice president for University Advancement, announced the Campaign for St. Edward’s University reached the $100 million goal ahead of schedule. Donations will continue to be added until June 30, 2017.

DeMedeiros also announced the creation of the Dr. George E. Martin Presidential Scholarship Endowment, noting the endowment received unanimous support from the Board of Trustees. Scholarships will benefit students who are academically gifted but face financial hurdles. The scholarships also will provide access to learning experiences that often increase scholars’ competitiveness as candidates for awards, graduate school, or other scholarships.

Priorities for Strategic Plan 2022 were announced, which include Holy Cross community, student experience, institutional transformation and Austin community. Final plans are expected to be announced in September. Current construction projects will be completed this year, including renovations to Main Building and Holy Cross Hall, and the construction of a new Operations Building, and student apartment complex – The Pavilions. Additionally, plans are well underway for the next phase of the university’s new campus master plan to be unveiled this summer.

If you missed the President’s Meeting, read the power point presentation.