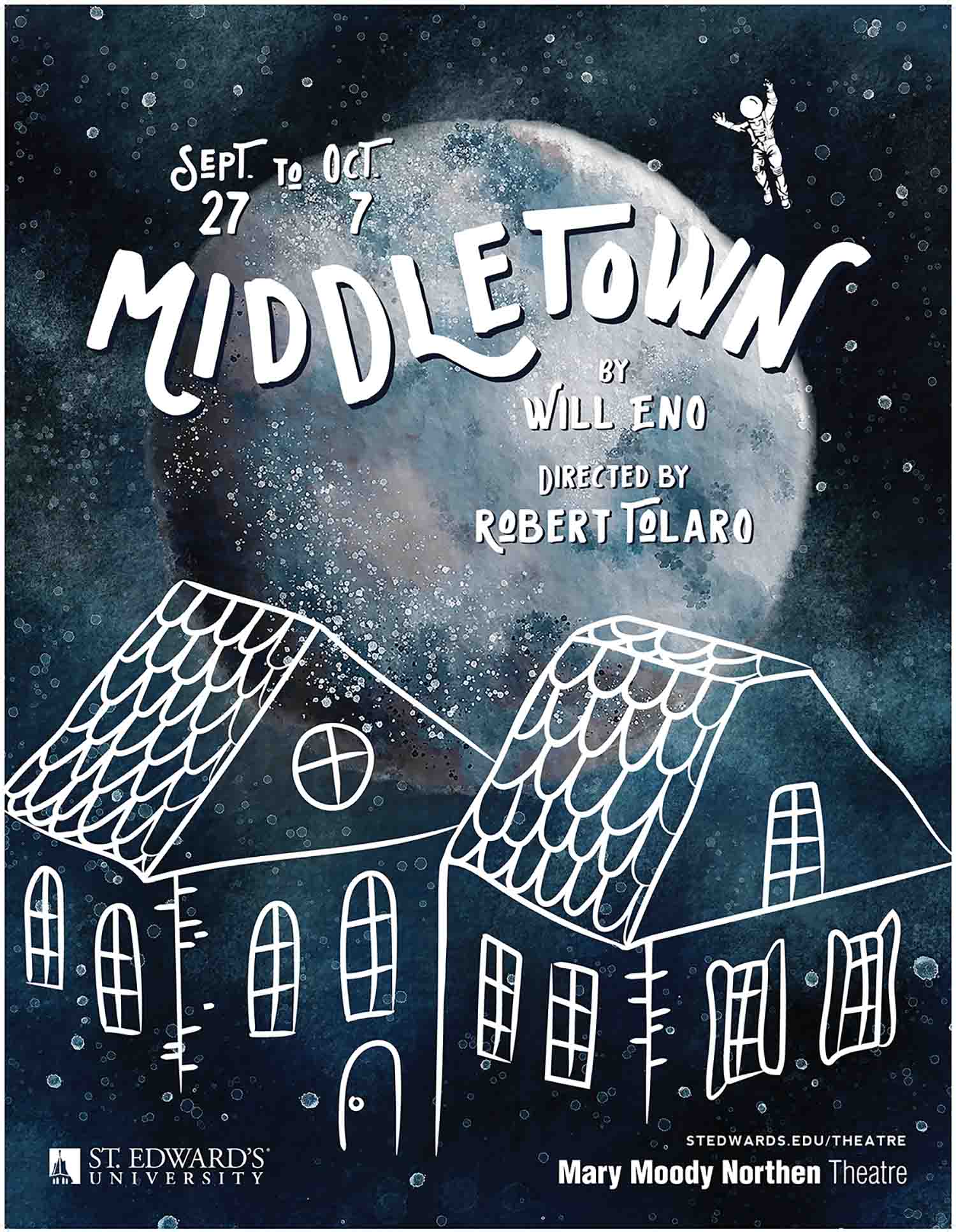 Welcome to Middletown: population, stable. Mary Swanson has just arrived and is settling into her new community. Will Eno’s eloquent, funny, and moving play takes us on a journey across the spectrum of humanity, from City Hall to the local library to the depths of outer space. Middletown reminds us that the nuances of life are what make us human, and every now and then we should take a moment to look around and appreciate the absurd beauty of it all. Winner of the 2010 Horton Foote Award for Most Promising New Play. Featuring guest artists Jacqui Cross and Ben Wolfe.

“Mr. Eno’s gift may be unmatched among writers of his generation. Glimmers from start to finish.”  — The New York Times

About Mary Moody Northen Theatre
Mary Moody Northen Theatre operates on a professional model and stands at the center of the St. Edward’s University theater training program. Through MMNT, students work alongside professional actors, directors and designers, explore all facets of theatrical production and earn points towards membership in Actor’s Equity Association, the union of professional actors and stage managers in the United States. MMNT operates under an AEA U/RTA contract and is a member of Theatre Communications Group. Information: 512-448-8487 or www.stedwards.edu/theatre.

About St. Edward's University
St. Edward’s University is a private, liberal arts college in the Catholic Holy Cross Tradition with approximately 5,000 students. Located in Austin, Texas, it is one of the top universities in Texas and offers undergraduate and graduate programs, including MBA programs and a master’s degree in counseling. With a network of partner universities around the world, St. Edward’s is a diverse community with programs designed to inspire students with a global perspective. St. Edward's University has been recognized for 12 consecutive years as one of "America's Best Colleges" by U.S. News & World Report and ranks in the top 15 Best Regional Universities in the Western Region. Information: www.stedwards.edu/about.