#AskOIT: What REALLY happens if I don't properly eject a USB? 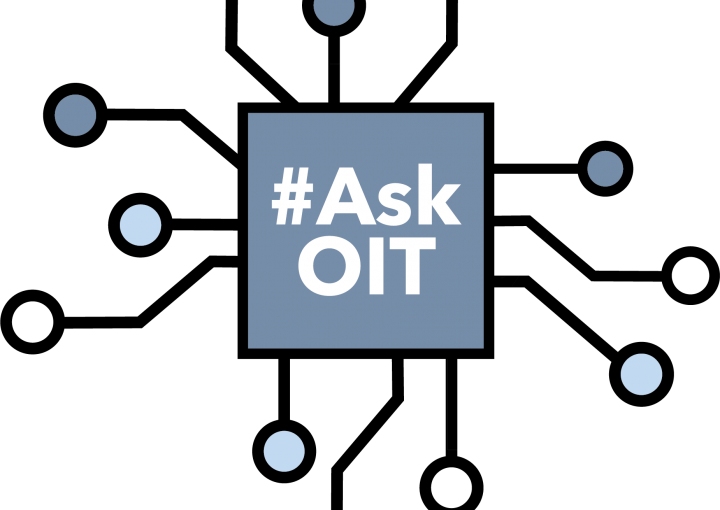 We know technology can be intimidating. Technology is constantly changing, and that in itself can be overwhelming. There's always something new like a gadget, app or tool to learn.

Still, we want to help connect you to solutions and hopefully make technology less intimidating. That's why we're here. Each month we'll answer any questions you've got about tech. You can send us your questions, and OIT's Yasmeen Yahya and Jesse Plaza will do our best to help you out. Then, we'll share our expertise with you on the last Friday of each month.

Q: What REALLY happens if I don't properly eject a USB?

A: We've always been told you have to hit the eject button first before ripping out a USB. Otherwise, bad things are going to happen. But at the same time, a lot of us have ripped out a USB, and I don't think that many people have had it really die on them. So what's up with that? Well, hypothetically, you could end up with corrupted files.

The way USB does things is it caches writes to a drive. So it speeds things up by saying, "Hey, I am going to write this change to this file right now." Though, it doesn't necessarily do it all at once. If you're copying 10,000 different pictures onto a flash drive and want it to go in a nice, orderly pace, it's maybe not making those changes one by one. It's doing different parts at different times so that it can be faster overall. If you were to rip out the drive while it was in the middle of doing one of those steps, it might not have finished copying your files, which can lead to data loss.

These days, Windows and Mac OS are a lot smarter about that sort of thing. So, most of the time, if you don't have something actively copying over, it's probably okay if your USB is just sitting there. If the USB is plugged in and you haven't done anything with it, or you've finished copying over all your files, and they've finished, it's probably fine. At the same time, if you want to be safe, it may be best to hit that eject button.

Q: Can you keep your St. Edward's email after graduation, or do you lose access?

A: Alumni retain access to their accounts for a specific amount of time. Since you're specifically asking about email, the answer is that you'll only have access to your email for about a year after you graduate. This includes apps like your Calendar, Google Drive, Box, etc. So, our advice to you is to use Google Takeout to save all of the files you have worked on over the years. Also, make sure that nothing is attached to your email that you won't mind losing after a year. Think subscriptions and social media accounts the email is linked to.