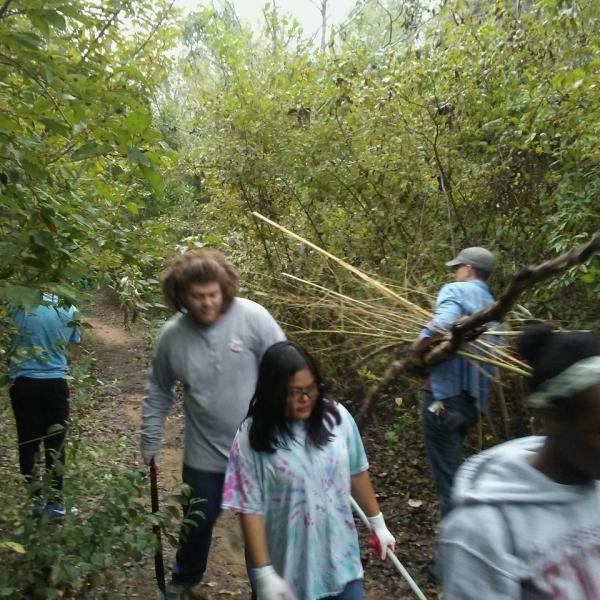 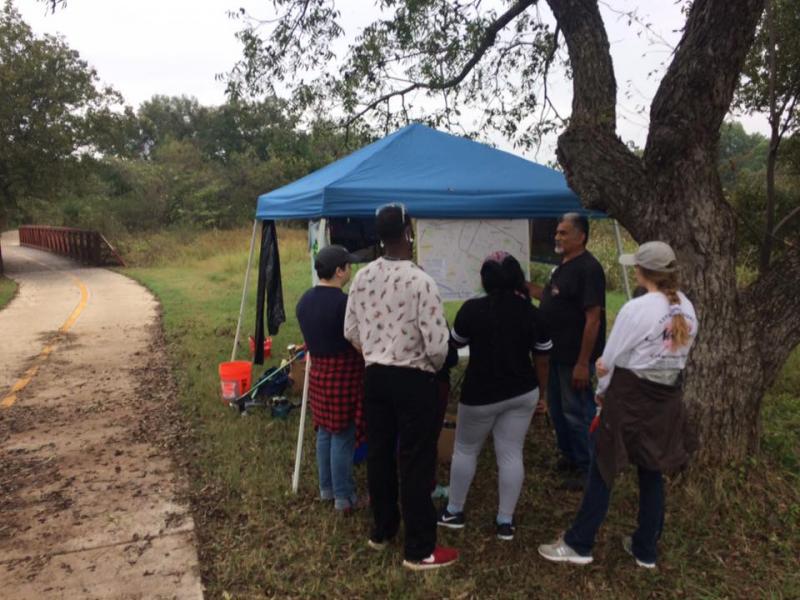 Ashley Cantu is a member of the Social Justice Living Learning Community (LLC) here on campus and recently participated in a service project in East Austin at the La Loma Trail in the East Boggy Creek Greenbelt. Ashley and her fellow LLC members learned about environmental justice, which is the idea that all people deserve the same level of protection from environmental and health hazards, as well as "equal access to the decision-making process to have a healthy environment in which to live, learn, and work." Read on to hear more about Ashley's experience.

I have met quite a few influential people in my life. Recently, I added another person to that list.  His name is Pete Rivera, a leader in the ATX Environmental Justice organization, the local Sierra Club affiliate, and the President of the Springdale Airport Neighborhood Association (SANA). On November 5, Mr. Rivera led a group of students from St. Edward’s University’s Social Justice LLC on a service-learning project in East Austin. Professor Sloan, the Director of the Social Justice Living Learning Community (LLC), introduced a group of 18 students to Mr. Rivera at a place called La Loma Trail at the East Boggy Creek Greenbelt.

La Loma, The Hill, is a densely wooded area through which local high schools trek on their way to school. The trail through La Loma is a dangerous short cut students have been using for decades to avoid an hour-long circuitous walk by sidewalk and street. After a brief introduction to the area and its history, we worked for over two hours picking up trash and clearing out the trail to make it safer for the students to pass through on their way to school.

Looking out the bus window as we travelled from the St. Edward’s campus to East Austin and after talking with Mr. Rivera, it is clear that East Austin is an area in rapid transition.  We passed old abandoned houses filled with graffiti resting silently next to booming construction sites where new, modern looking houses and business were being quickly built. I grew up in a neighborhood similar to East Austin in Harlingen, Texas, so I know that once the process of gentrification starts, there is little hope for the less wealthy living there to stay in their family homes.  What bothered me most was that while it is clear that wealth is flowing into this once low-income neighborhood, there are still abandoned areas like La Loma and neglected neighborhoods like those that surround La Loma. The experience of talking to Mr. Rivera about East Austin and working to clear the trails at La Loma was an eye-opening, inspirational experience. I hope to bring back to the St. Edward’s campus an awareness of the issues surrounding not only La Loma, but the surrounding East Austin neighborhoods as well.  With the guidance of people like Pete, I can.