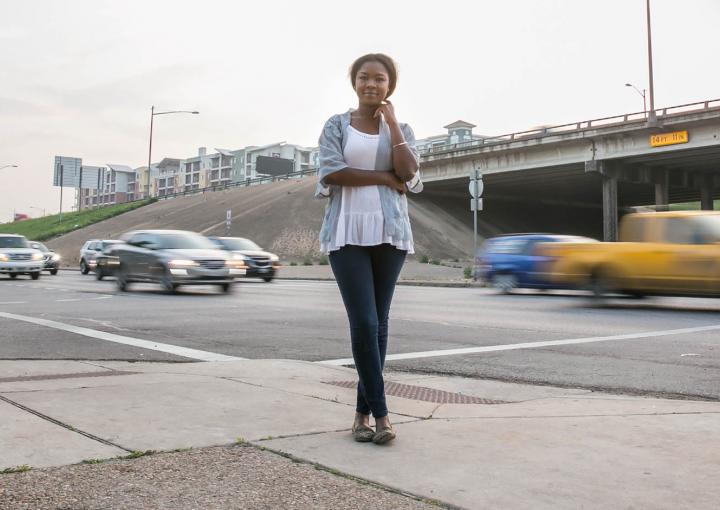 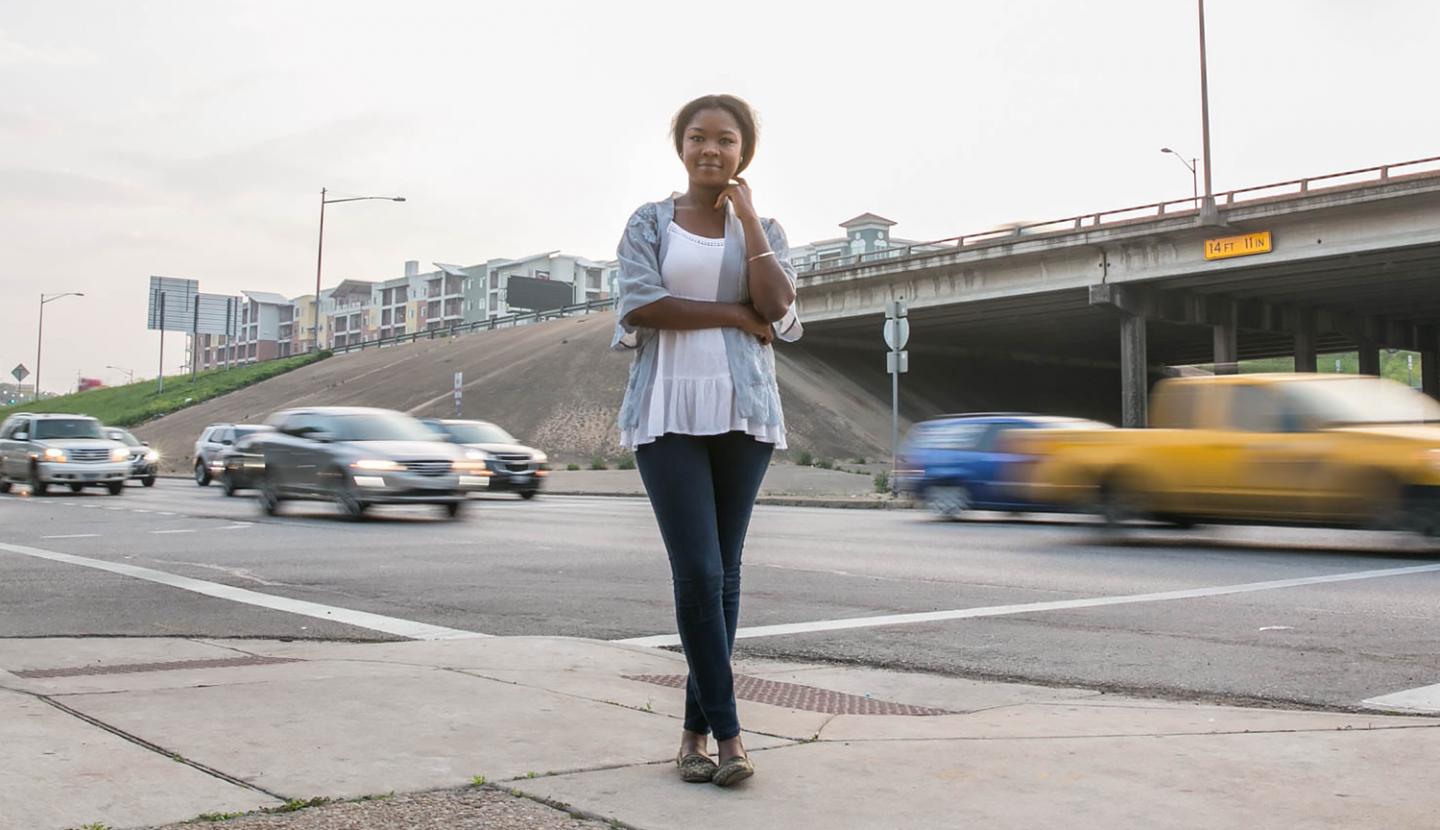 The fast-paced, collaborative, unpredictable (and sometimes routine) world of broadcast journalism provided valuable lessons for Rosemond Crown ’17, an English Writing and Rhetoric major. Below, she talks about the skills and insights she gained from her internship with KXAN in Austin.

Jena Heath, my advisor at Hilltop Views (and associate professor of Journalism), has a Facebook group that includes journalism jobs and internships, and she posted the internship with KXAN. The description said you needed broadcast experience, which I didn’t have, but I applied anyway. Then I met Josh Hinkle, a KXAN reporter who leads the internship program and teaches broadcast journalism as an adjunct professor at St. Edward’s. I interviewed with him the Friday before classes started, and my internship began two weeks later.

The first week I mainly did desk-work, like logging interviews, which helps the journalists editing the video find the quotes they want to use. And I did research, like compiling financial numbers into a spreadsheet for an investigative piece about school fundraisers.

The second week my supervisor sent me out with a reporter who was working on a story about how football players in Austin schools were wearing purple ribbons on their helmets to show awareness of domestic violence. We were supposed to film practice and interview the coach at a certain school, but our contact at the district gave us the wrong information and we had to scramble to find another school. But the reporter knew exactly what to do. We ended up getting a really good interview with a student who started talking about how his mom was a survivor of domestic violence. We didn’t know he was going to say that — we were just going to do the basic story. That’s when I realized that journalism is more than just telling information; it’s actually helping people. I had to go in the bathroom and cry for a moment because I got so emotional, like, Yes! This is exactly what I’m supposed to do!

I produced my own package with a broadcast video and an interactive web story. I remade an actual story a KXAN reporter did and reshot the video as though I was reporting the story so that I can show the clip to future employers. The story was about assaults against police on Sixth Street. When that story originally was filmed, the reporter and I had planned to interview just the leader of the police union and one or two people on the street. We ended up spending hours on Sixth Street, because people saw us with the camera and kept coming up and talking to us. It took forever, but the reporter said we needed to talk to them because that’s how you create trust. It just showed how, as journalists, we learn so many different things. Every day I’m learning something new about a policy or organization or procedure, and it’s really mind-blowing.

As told to Robyn Ross.