Find Out What Inspires Them to be a Force for Change 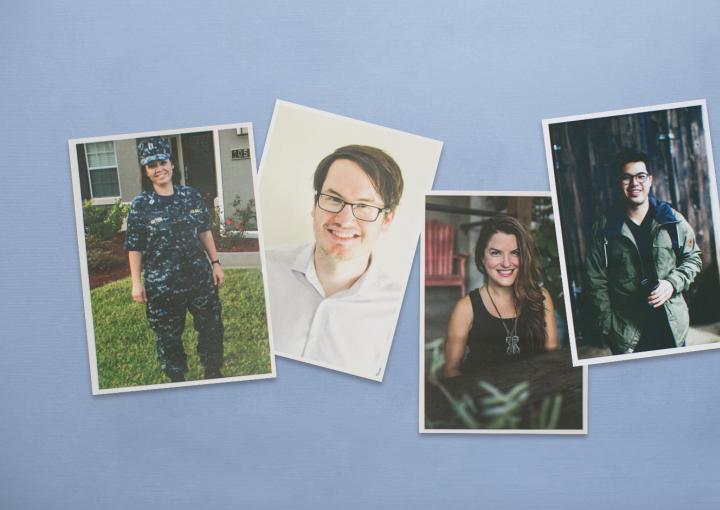 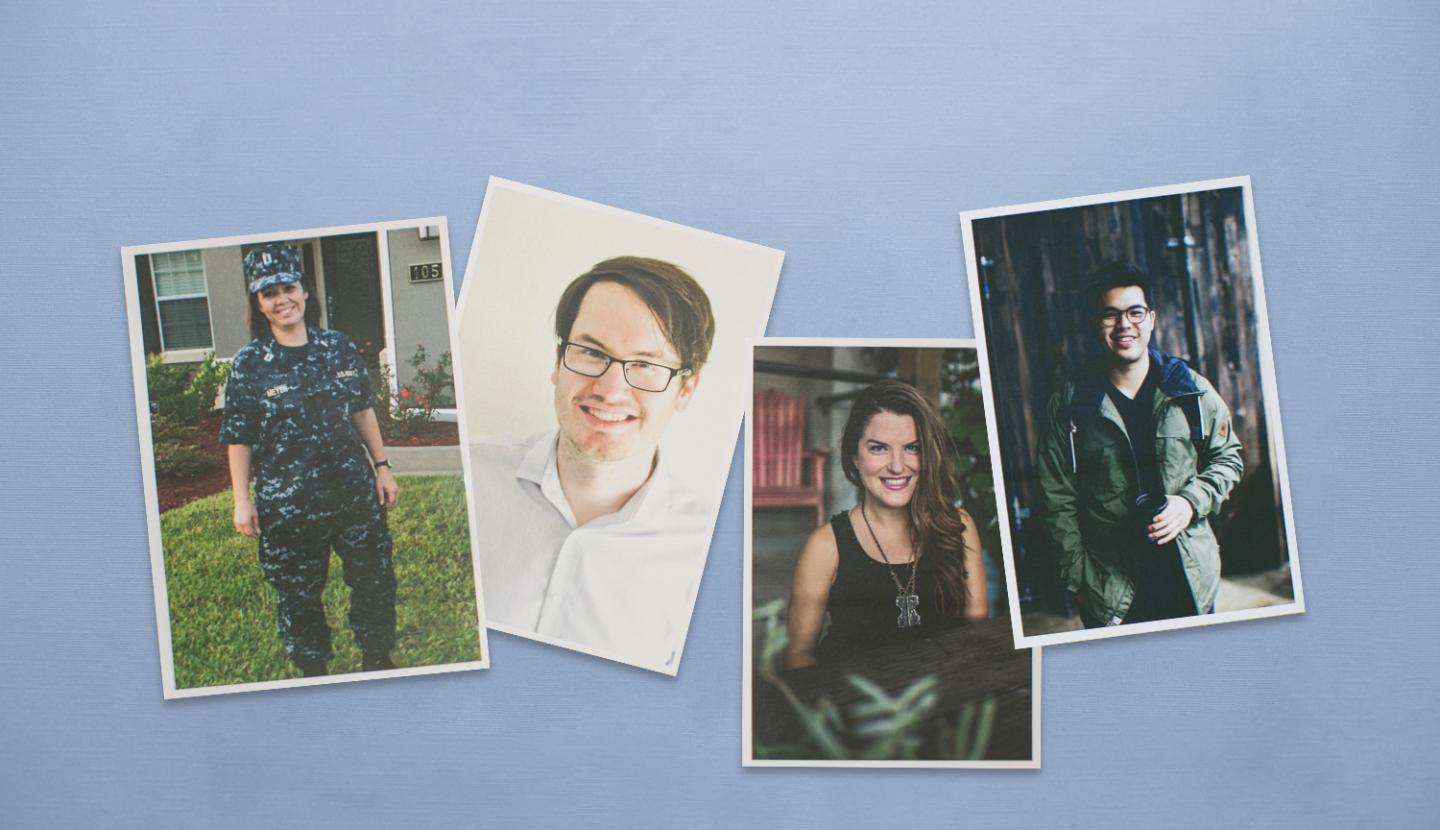 We selected these 10 alumni — all of whom have graduated since 2007 — because of their drive, their vision and their deep humanity. While our list is admittedly subjective, these alumni embody all the bases of what makes Hilltoppers such a force for change. 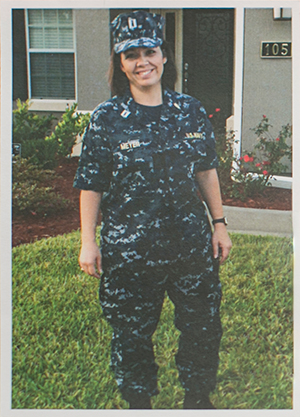 September 11, 2001, put everything in perspective for Lt. Stephanie Meyer ’07.  She came from a military family, and she immediately knew she wanted to help. A Veterans Day event not long after the attack nudged her to action. “A general spoke on the steps of the Texas Capitol and talked about the military’s dire need for doctors,” she says. “It was as though he was telling me what I was supposed to do.”

As a young mom ready to return to college, she got focused. She enrolled at St. Edward’s, earned a degree in Biology and headed to the University of Texas Medical Branch in Galveston for medical school.

Now she works with active-duty military patients and their families, treating them for common medical maladies as well as some of the more specialized issues common among service members.

For Meyer, the joy of her career comes not simply from helping individual patients who appreciate her care, but from the larger effort the work represents. “It’s a privilege to support the defense of my country,” she says. 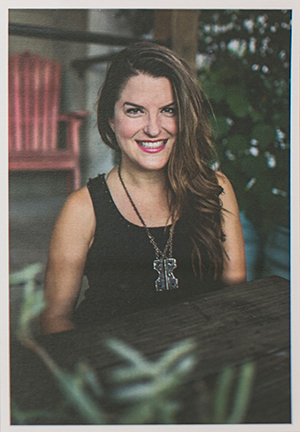 When Kristin Owen DMBA ’08 joined a pair of friends in 2008 on their tiny passion project, Do512, she was mainly interested in learning.

Do512 is designed to help young Austinites find fun, often music-themed things to do on any night of the week, while simultaneously giving brands such as Anheuser-Busch and Google a way to connect with an audience in the local scene. “Our mission is to help people go out and have great experiences with people they care about,” Owen says.

Before long, other cities were clamoring to produce similar ventures. DoStuff Media was created in 2010 to license the organization across North America. Owen now works in market development by helping find and train the company’s partners in cities across the nation — and in Canada and Mexico.

In the eight years since she joined the team, it’s grown from three people in Austin to 100 people in 20 cities. But for Owen, it still feels like the very beginning of an exciting journey.

FOR USING DATA TO GIVE BANKING AN UPGRADE 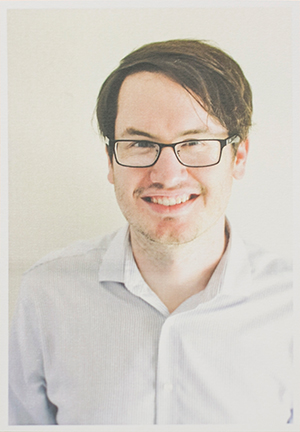 “Our job is to understand what customers want and how we can serve different segments of those customers to suit their specific needs,” says Nic Ragland ’07.

Ragland’s data analysis helps JPMorgan Chase pinpoint the features that customers are craving. Ragland and his team also use data to identify specific areas where customers might encounter problems — perhaps struggling to use a too-complex payment service — and recommend ways the company can simplify or overhaul features that aren’t as intuitive as they need to be.

While Ragland’s role demands plenty of tech experience, he says his real edge at the job came from the liberal arts approach of St. Edward’s: “Everything blends together in today’s world. What makes some technical people stand out in their field is their ability to communicate and think critically.”

FOR SLEUTHING OUT GENETIC CLUES TO HELP DOCTORS TREAT ILLNESS 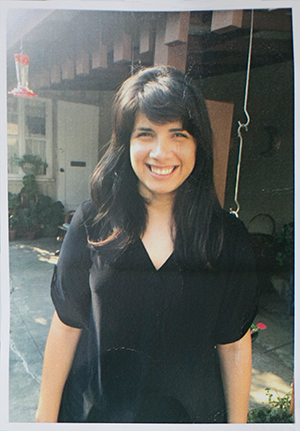 Using mice as models, immunologist Brenda Torres ’10 and her team at Stanford have developed “disease maps” that use genetic data to understand how a malaria infection changes over time, and how that might affect the way a given treatment will work.

While it’s a long way from mice models to the doctor’s office, Torres says the findings suggest that using genetic data (sometimes available with the help of a simple blood draw) of patients suffering from certain illnesses could yield more and better treatment options. “This work can shine a light on potential alternative methods we could use to help sick people — even when they’re asymptomatic,” she says.

And it’s not just malaria sufferers who could benefit. Her work may lead to better ways to combat far more common illnesses, including influenza. “We suspect this research is translatable across different diseases,” she says. “The goal is to find ways we can help treat patients more effectively.” 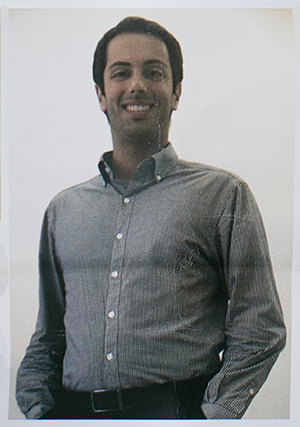 As a procurement manager, Luiz Trillo ’11 is responsible for developing contracts with suppliers who provide the raw materials for Hilti, a company that makes construction-related products including drills, saws and levels.

Trillo has had to master the nuances of negotiating across cultures — a skill he practiced growing up in Brazil, getting his undergraduate degree as St. Edward’s, studying at the university’s partner campus in France and starting a master’s degree in Finance in the tiny European nation of Liechtenstein.

A Holy Cross education gave Trillo a rock-solid ethical foundation that makes him a trustworthy partner in a field that can often have a shady underside. “It’s very easy to take advantage of certain situations and not to be honest with your supplier,” he says. “But I refuse to play that way. The ethical standards I honed at St. Edward’s have been valuable to me.”

Pittsburgh - Anchor and Reporter for WPXI

FOR TELLING STORIES THAT MAKE AN IMPACT 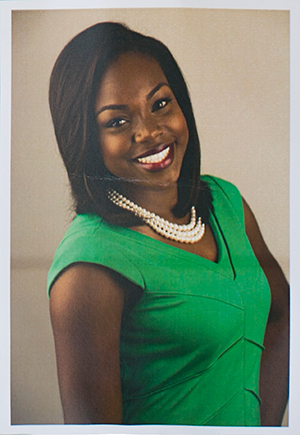 When Marlisa Goldsmith ’11 sees problems or injustice, she leverages the full force of her position in the media to help effect change. “I don’t believe our job as journalist is done after our newscasts are over. There’s a certain amount of power and responsibility [in this position], and I’m all about accepting that to enrich lives and better the community,” she says.

In 2011 and 2012, while working for KRBC-TV in Abilene, Texas, she covered a variety of issues linked to education; in 2012, the Texas State Teachers Association awarded her the School Bell Award for Outstanding Continuous Coverage.

More recently, when she worked for a station in Little Rock and covered a deadly attack by a pack of pit bulls in Pine Bluff, Arkansas, she zeroed in on ordinances that required relatively little oversight of specific breeds of dogs; thanks in part to Goldsmith’s tenacious coverage, the ordinances were strengthened and harsher penalties were put into place in the event of future attacks. “I’m proud of that work, because I do think it makes a difference,” she says. 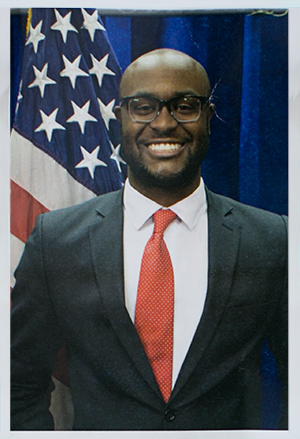 Brent Johnson ’12 is the scheduler in charge of every moment of U.S. Commerce Secretary Penny Pritzker’s 9-to-5 life in the nation’s capital. “The secretary gets hundreds of speaking and meeting requests,” he says. “I help filter those requests with her senior team and my assistant.”

That filtering role means he has a voice in helping determine the priorities of the secretary. “It’s incredible to have a seat at the table with people who have been in D.C. a long time, and to have them take my advice,” he says.

Inspired by Obama’s campaign, he changed his St. Edward’s major from Communication to Political Science and headed straight to graduate school to get a master’s degree in Public Administration at the Maxwell School of Citizenship and Public Affairs at Syracuse University.

Johnson says the political life fits him. “If you care about politics and being a public servant, and you’re willing to work long, hard hours, there’s no better place to be than D.C.” 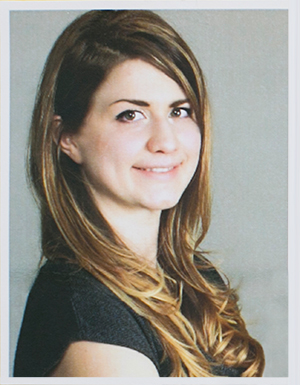 As a Teach for America corps member in both Colorado and Texas, and special education teacher for the Knowledge is Power Program (KIPP) Austin Connections public charter school, Marguerite Vichier-Guerre ’13 has helped some of the country’s most vulnerable students excel.

Her students often don’t have access to food, healthcare or psychological services, and that absence of critical services has a huge impact on students’ learning in the classroom.

Vichier-Guerre believes that schools should be a hub for family workshops, immigration and mental health services, food banks, and dental clinics. “Creating partnerships within education that connect families with the resources they need will help address some of the barriers students face,” she says. This year, for example, she helped pilot

family workshops at her KIPP school that educated parents about learning disabilities and community resources.

This fall, she entered the Harvard Graduate School of Education to study policy to understand how best to advocate for these resources in schools. She says her ultimate goal is to evolve school communities into centers with wraparound services.

FOR NURTURING GROWTH IN UNLIKELY PLACES 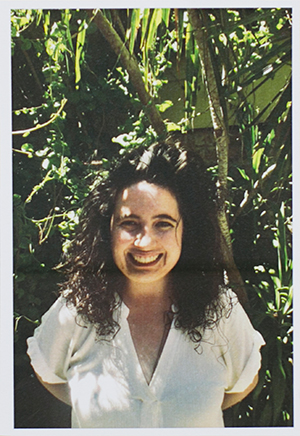 A few months after graduating from St. Edward’s, Claire Stone ’13 landed a job as a counselor at the San Francisco Girls’ Home, a group home for teen girls released from juvenile incarceration.

After one year, the Social Work major left to become a City Hall Fellow for San Francisco’s Recreation and Parks Department. But she couldn’t get the girls out of her mind. So she went back as a volunteer. And in the tiny group home backyard, she and the girls began to plant a few seeds. And the space, named Euclid Garden for the street it’s on, took off.

In the two years since, the garden has become an oasis for the girls, who now tend to tomatoes and spinach, roses and irises, lemon and orange trees. “This backyard used to be overgrown,” says Stone. “Now we grow our own salads, and the garden attracts butterflies and hummingbirds.”

Earlier this year, Euclid Garden was named “Best Community Green Project” by San Francisco’s Neighborhood Empowerment Network. Stone and others have raised $7,000 to strengthen the garden and expand to the nearby boys’ home. And one unexpected benefit is that people are using seed packets distributed by the project to start gardens all over San Francisco. 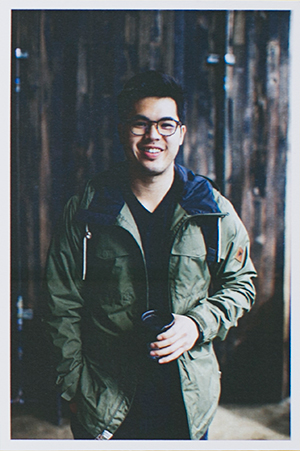 Today’s powerful smartphone cameras can provide photos that often give dermatologist all the clues they need to diagnosis skin conditions. Evan Pun ’14 and the team at First Derm saw the connection and dreamed up First Derm, an app that connects dermatologists with patients, for fees that start at just $25.

The team developed a mobile app that allows users to take a photo, describe the problem and send it to a dermatologist. The doctor makes a diagnosis, suggests treatment and recommends helpful over-the-counter medicines. If the problem looks more serious, users receive a referral to a local dermatologist.

More than 20,000 people have used the app to get a diagnosis. “In one case, a woman used our service and the dermatologist could not rule out the possibility that it was basal cell carcinoma,” says Pun. When it was removed by a local dermatologist, the condition was confirmed. “The woman told us that the app was lifesaving for her. That kind of result is really rewarding.”

Advice from the Best and the Brightest