A Few Standouts (Among Many)

See What These Hilltoppers Are Up to and Planning Next 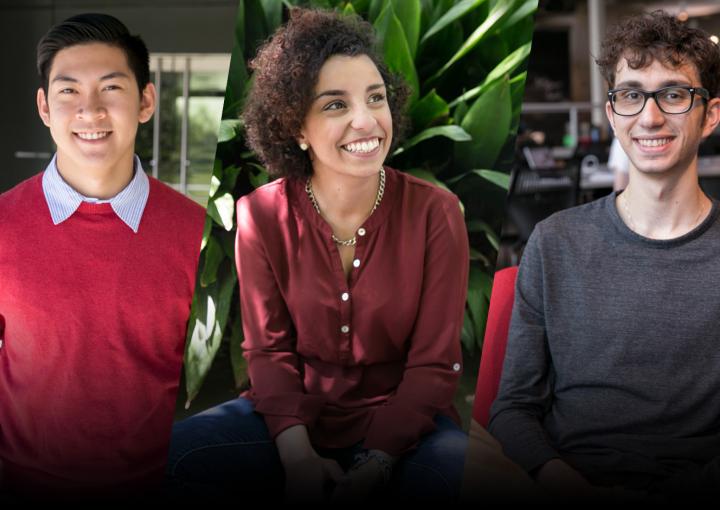 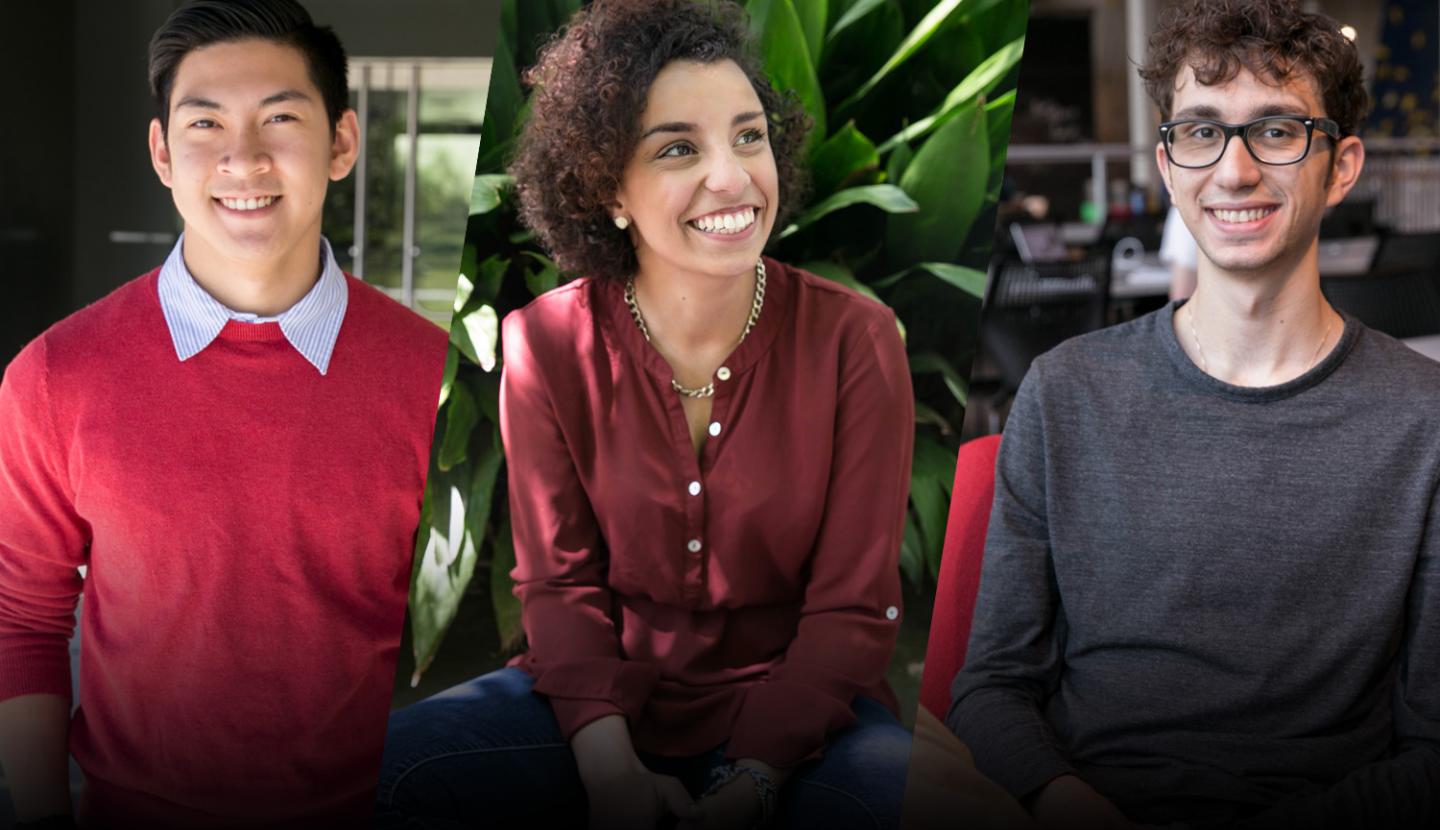 Jonathan Cruz ’17 became student body president and a first-time cheerleader; Alma Baker ’19 taught English to underprivileged kids in Romania; Jonathan Jarjour ’18 is diving into his third business internship, this time as a summer analyst with JP Morgan in Houston. Across the hilltop, students are doing remarkable (and unexpected) things. See what some of our outstanding Hilltoppers are up to and what’s next on their agenda. 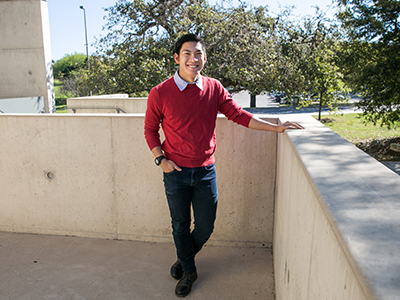 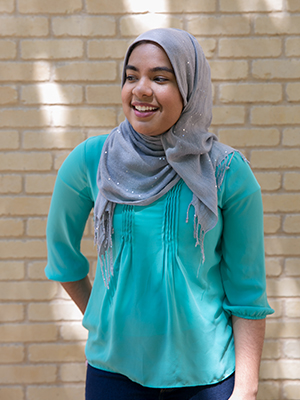 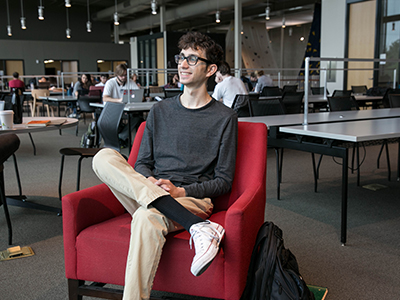 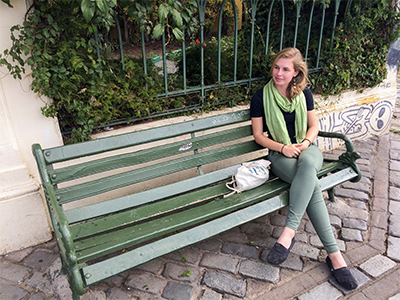 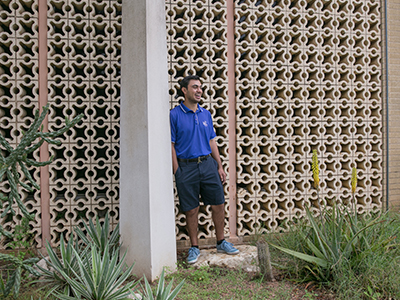 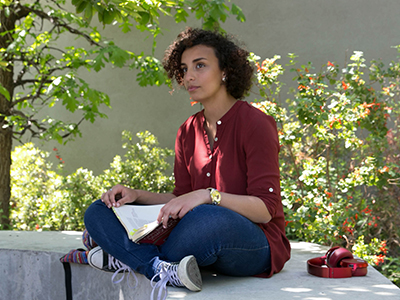 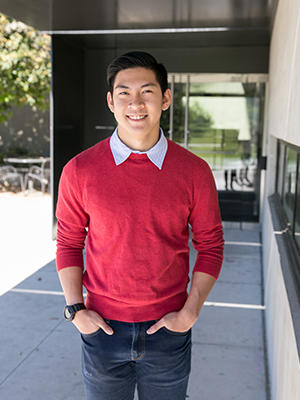 Why he’s a student to watch: In his junior year, Cruz was the student body president, but his leadership journey started his freshman year when he joined the Student Government Association as the court clerk for the Student Court of Appeals. He joined the Multicultural Leadership Board as a sophomore and planned events related to Asian heritage (Cruz is Filipino). In 2015 he organized Lunar New Year: Year of the Hilltopper, as a fun way for students to learn about Chinese culture. He also was a resident assistant, an orientation student leader and the winner of the Emerging Leader Award in 2014.

high school, such as transgender rights and race-related issues. Now I have a holistic point of view on the world and its problems.”

How he chose his Special Education major: Majoring in psychology was his original plan, but Cruz switched to education at the recommendation of a friend who knew he loved working with children. His first special education course confirmed it was the right profession for him.

How he became a St. Edward’s cheerleader: Even though he’d never been a cheerleader prior to college, Cruz has been part of the St. Edward’s Cheer team his sophomore, junior and senior years. He went from knowing no gymnastics skills to mastering a standing back flip and a running tumbling pass.

What’s next: He’s student teaching this spring in a Life Skills class at Cowan Elementary in South Austin. Cruz helps special-needs students with academic subjects like math and language arts, and with skills like eating independently and washing their hands. He says the work takes a lot of patience, but the reward is seeing the students smile after mastering a small skill. He plans to apply for teaching jobs in Austin and surrounding areas. 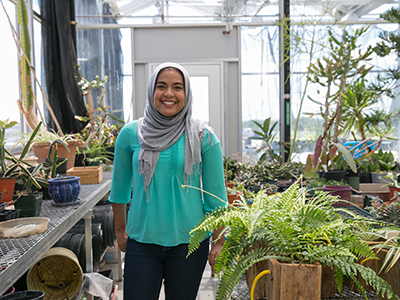 Why she’s a student to watch: Ali may be a STEM student, but her education extends far beyond her major. She consciously makes the most of being at a liberal arts college.

What she’s doing: Ali is a member of the Honors Program, studying for the Medical College Admission Test (MCAT) and minoring in Chemistry because “chemistry is really cool.” She’s taken classes in advanced philosophy, sociology, the Chronicles of Narnia and mindfulness.

As service coordinator for the Texas Academy of Science chapter, secretary for Hilltop Pre-Health Society and a member of the Muslim Student Association, Ali builds community on campus. Science students, she says, can get really absorbed in their textbooks. It’s important for her to help them feel involved and at home on the hilltop. Through the Academy of Science chapter, she's judged the science fair at high schools around Austin — and

since she does this every year, she gets to see students become more confident and even consider going to college to study science.

Why she’s glad she chose a liberal arts school: She appreciates that she can get a solid STEM education and also study a broader range of subjects. Med school will be intense, so as an undergraduate, she’s exploring what she might not have time to later.

How her classes are preparing her in unexpected ways: Learning more about mindfulness (in a class called Samurai Secrets for Peak Performance and Optimal Health) gave her a more holistic perspective on how to treat patients — specifically, how one’s frame of mind can have a measurable effect on health. 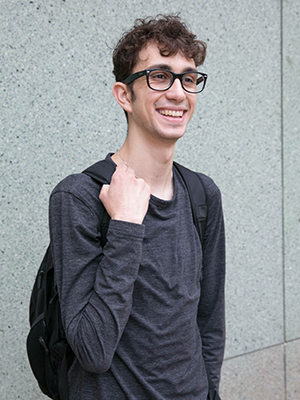 Why he’s a student to watch: Jarjour is a rising star in business with a heart for helping people achieve their goals and a mind for reaching his own. He’s also got the chops to prove it, with several hard-hitting internships in Austin and Houston. Despite the demands of his studies and internships, Jarjour still finds time to help his peers across campus, simply because “it’s fun,” he says, and “it’s my way of helping out in the world.”

What he’s learned from his internships: His first finance internship was with Vida Capital, an Austin-based life settlement insurance investor, where he assisted portfolio managers with researching policies, adjusting premium payments and analyzing the risk of insurance plans. But his favorite part was working with the people in his office. “The more questions you ask, the more they’re going to help you, the more they’re going to teach you, the more value you’re going to get out of the experience,” he says.

Why he’s a student to watch: Jarjour is a rising star in business with a heart for helping people achieve their goals and a mind for reaching his own. He’s also got the chops to prove it, with several hard-hitting internships in Austin and Houston. Despite the demands of his studies and internships, Jarjour still finds time to help his peers across campus, simply because “it’s fun,” he says, and “it’s my way of helping out in the world.”

What he’s learned from his internships: His first finance internship was with Vida Capital, an Austin-based life settlement insurance investor, where he assisted portfolio managers with researching policies, adjusting premium payments and analyzing the risk of insurance plans. But his favorite part was working with the people in his office. “The more questions you ask, the more they’re going to help you, the more they’re going to teach you, the more value you’re going to get out of the experience,” he says. 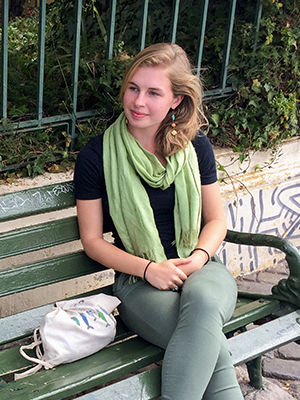 Why she’s a student to watch: Baker was granted a St. Edward’s Summer Academic Excellence award to fund an experience abroad. It later influenced her application for (and receipt of) a Gilman scholarship to study abroad in Chile this semester. She’s also active as a leader on campus and in her local community.

Favorite involvement on campus: Since her freshman year, Baker has been part of the campus chapter of It’s on Us, a national organization dedicated to preventing sexual assault and supporting survivors. When she joined, the chapter was loosely organized; she stepped in as president and restructured it. Now the group has established a significant presence on campus through outreach, such as a tree full of notes from survivors, educational panels, and an Art Slam that packed Jo’s Coffee Shop with poets, art students and an enthusiastic audience.

Her Summer Academic Excellence award: Baker is half-

Hungarian and bilingual, so she decided to travel somewhere close enough to Hungary that she could squeeze in a visit with her grandparents. She signed up to teach English to underprivileged kids in Romania. Unfortunately, the program didn’t offer much support for its volunteer teachers — so, as the volunteer with the most teaching experience, Baker stepped up to coach the rest.

The Gilman, Chile and what’s next: To fulfill the requirements for her Gilman scholarship, she’ll complete a follow-up project when she returns. Baker is a guide with Explore Austin, a program that takes underprivileged kids on canoeing, mountain biking and hiking trips. She’ll spend her free time in Chile on outdoor adventures, which she can then share with her Explore Austin kids. She hopes that her example will show them that they can also go to college and have their own adventures abroad. 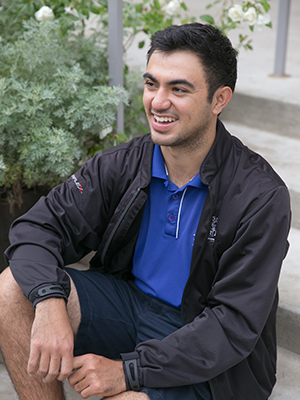 Why he’s a student to watch: Briones is one of only 10 students who live with the Holy Cross Brothers in Moreau House. (Students usually live in the house for one to two years.) Faith is a big part of his story, but he’s active on campus in more than one way.

How he stays busy: Other than living with the brothers? Briones has found a home in Campus Ministry as leader of the co-ed Bible study group and as a participant in faith retreats. He has his sights set on joining our Division II golf team as a walk-on; he turned down athletic scholarships from other schools because he fell in love with St. Edward’s, but he still hopes to play here. For now, he works off-campus at a golf course. He’s a Communication major with an emphasis in media arts and broadcast journalism; he gets experience from his coursework, taking classes like Journalism and Broadcast Journalism. He has also had two internships within the golf industry.

What it’s like to be part of Moreau House: Residents take turns cooking for the whole community in the house kitchen and are responsible for keeping the house clean. Meals are just one of many opportunities for conversation and fellowship. Every Tuesday night after dinner, a group of students make sandwiches that they bring to the Austin Resource Center for the Homeless (ARCH) early on Wednesday morning, a service project called Egg Ministry.

What's next: He completed a summer internship with the Golf Channel (NBC Universal) in Florida as well as with The Antigua Group, Inc. in Arizona, and after he graduates, he hopes to land a job in broadcast journalism within the golf industry. 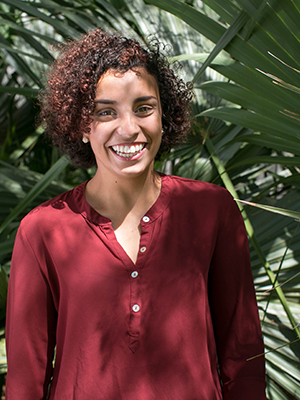 Why she’s a student to watch: Leader is well-named. Even as a freshman, she stayed active on campus as a member of Hilltop Hospitality, Hilltop Leaders and the Resident Programming Board. She’s also a resident assistant, a Service Break Experience leader, a McNair scholar and a member of the Honors Program with big dreams.

Learning from different viewpoints: With a dad from England and a mom from Ethiopia, and time spent traveling across Western Europe, Leader was already familiar with much of the world before she even set foot on the hilltop. That international experience serves her well in Honors classes that challenge her to think harder about the relationships between different groups of people, tackling social justice issues like racism in Austin. Soon she’ll further broaden her knowledge of the world through a semester studying in Thailand.

Finding the right major: She came to campus knowing that she liked to learn and she wanted to help people, but narrowing down her options has been an ongoing process. After considering majors in Criminal Justice and Psychology, she landed on Sociology as the best fit, with an English Writing and Rhetoric minor.

What Holy Cross means to her: Leader’s Holy Cross education goes back to her time at Bishop McNamara High School in Maryland. At St. Edward’s, she enjoys the same sincerity and close-knit community that made her feel at home there — but this is “where Holy Cross meets action.” So far she’s lived the Holy Cross mission on a Service Break Experience (to White River, Arizona), as a leader on an SBE trip to El Paso and through service opportunities in her other organizations.

What’s next: She’s hoping to apply for a Fulbright or similar fellowship as a senior so she can continue her education as a world citizen.