Can the answer to climate change be found in a volcano? 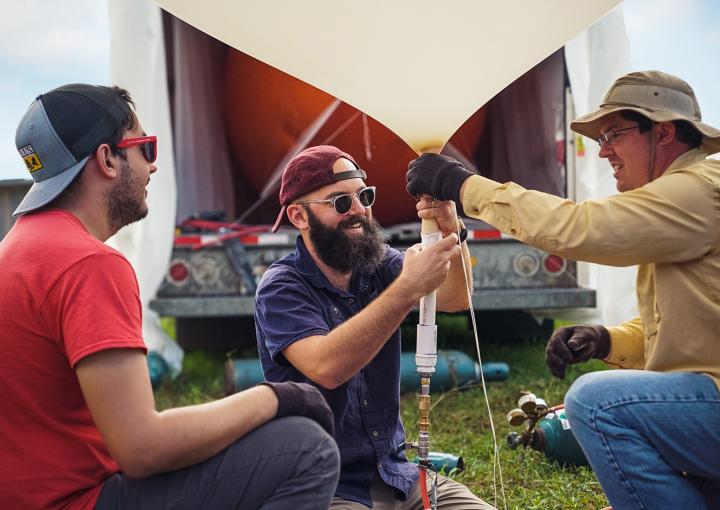 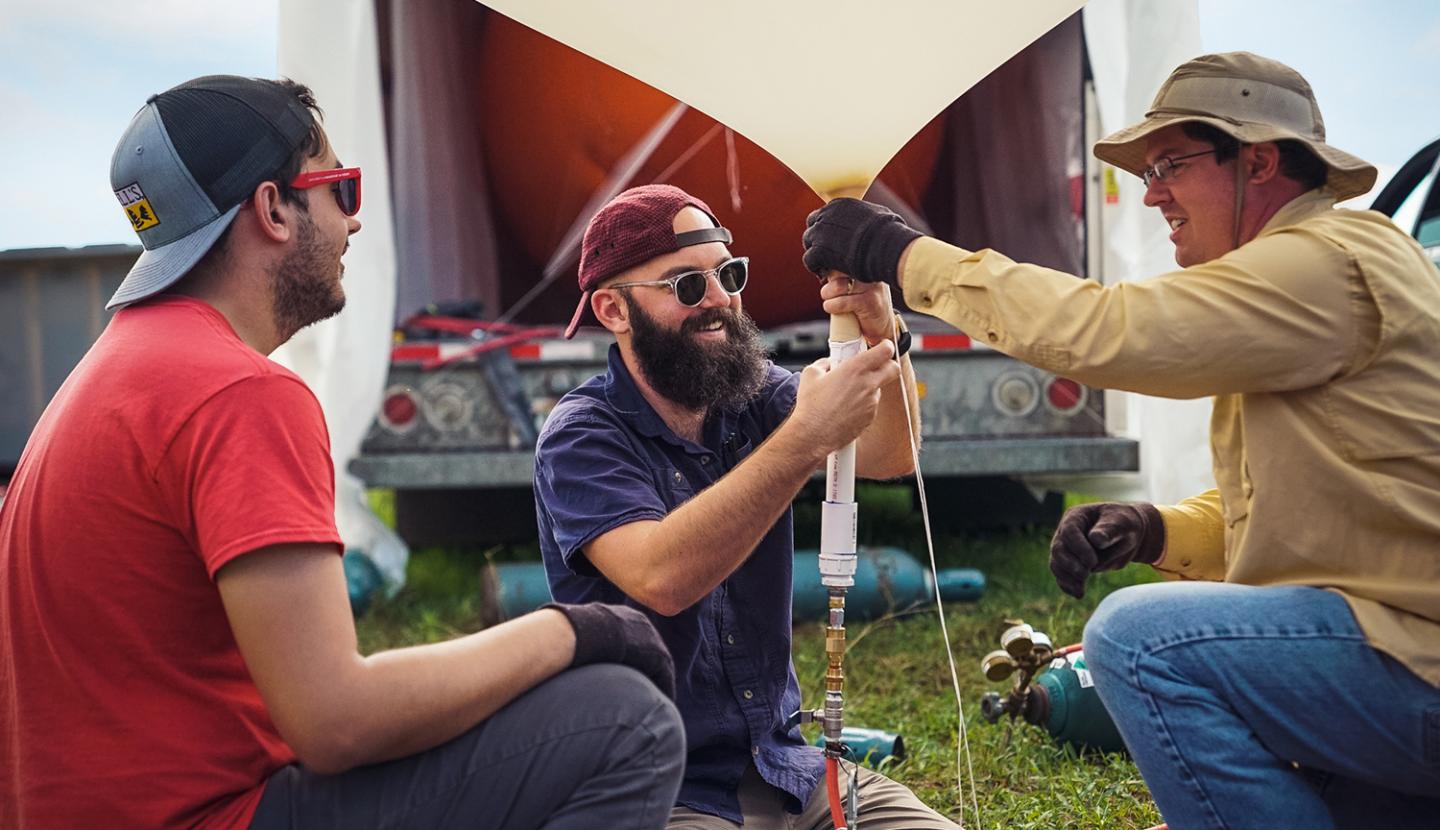 With 61 recorded eruptions since 1983, Hawaii’s Mount Kīlauea may hold answers to one of humankind’s most pressing problems — global warming. Research Assistant Mark Spychala (center in the photo above) and University of Houston atmospheric scientists Alex Kotsakis (left) and James Flynn (right) spent a week traversing the volcano in February, gathering data that could help scientists solve this existential mystery. 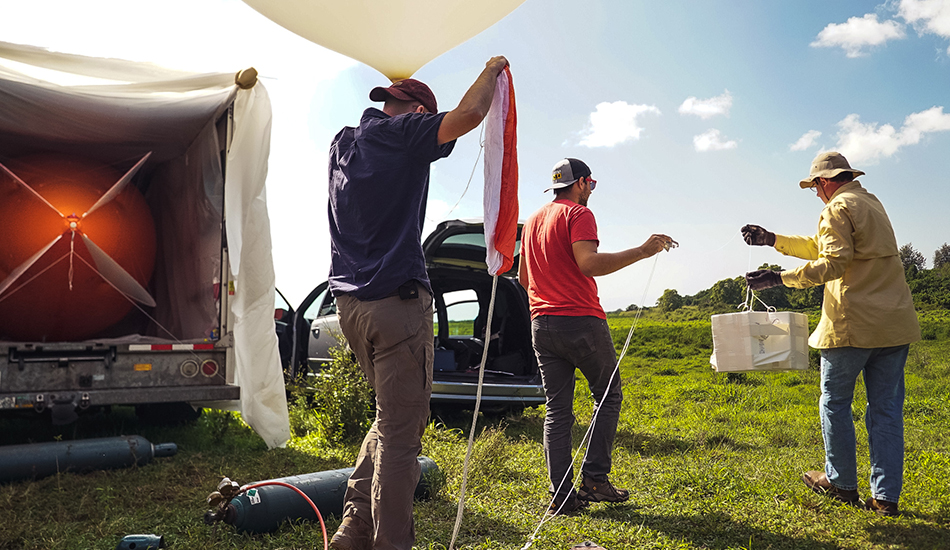 When Kīlauea and similar volcanoes erupt, the sulfur dioxide they emit cools the atmosphere and temporarily reduces global temperatures by as much as 1 degree — a statistically significant amount, says Spychala. This cooling effect could potentially be leveraged by geoengineering projects to stop or slow the current global warming from elevated levels of carbon dioxide. But first, scientists need to fully understand the phenomenon.

Enter Spychala, Flynn and Kotsakis, along with School of Natural Sciences Dean Gary Morris, who are part of a five-year, $255,000 Universities Space Research Association grant. Morris has been measuring ozone and sulfur dioxide emissions in the atmosphere for about two decades using weather balloons. He has historically relied on a two-instrument system to measure ozone and sulfur dioxide. It’s a simple and successful method, says Spychala, but to meet the desired sensitivity for sulfur dioxide measurements in the lower stratosphere, they needed to improve the approach. Their innovation is now able to achieve the desired sensitivity for sulfur dioxide with a single instrument. 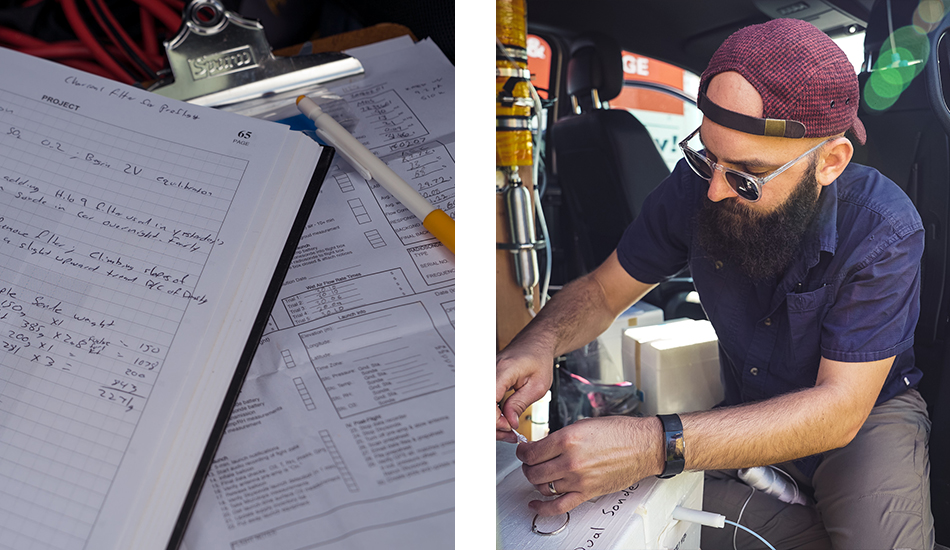 Over eight days, Spychala, Flynn and Kotsakis launched two balloons and three tethered blimps that measured 10 atmospheric parameters. They consulted with Morris in real-time from his hilltop office and compared their data with readings from other monitoring systems deployed near Kīlauea, including those run by NASA’s Jet Propulsion Laboratory, the University of Costa Rica and the Royal Netherlands Meteorological Institute. After some on-the-spot recalculations to account for elevation and density changes, Spychala, Flynn and Kotsakis found what they were looking for — spot-on data from the experimental single-instrument technology.

Though students didn’t take part in the Hawaii tests, Morris and Spychala rely on their undergraduates to launch balloons and gather measurements across Texas. Each semester, up to 15 students learn the process, including calibrating the instruments, flying the balloons safety and processing the data. They assist with launches on campus and across Texas. While there aren’t any active volcanoes in Texas, the balloon data provides valuable climate change information that helps scientists reassess the impact of global warming — and the speed with which geoengineering strategies like harnessing sulfur dioxide from volcanoes might need to progress. 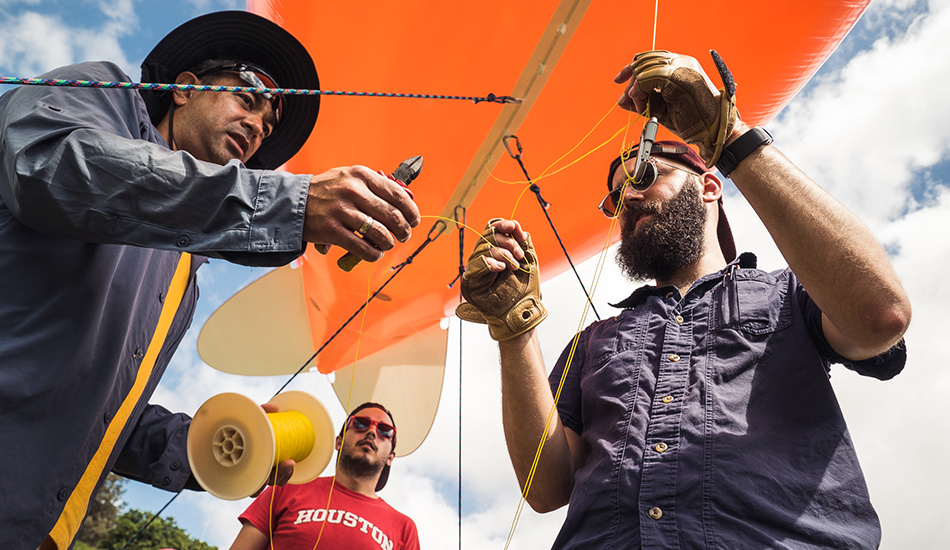 “Weather balloons are a wonderfully old-school, relatively inexpensive and amazingly effective tool,” says Spychala. Scientists don’t have to put drones, planes or pilots at risk to gather data, especially during a large-scale volcanic eruption. “Other than calibrating the sensor and running a trajectory projection, you just let a balloon go, wish it well and watch the data come back.”

Professor Bill Quinn Does it All