What Undergrad Research Can Teach You

5 Hilltoppers Dive into the Thrill of Discovery 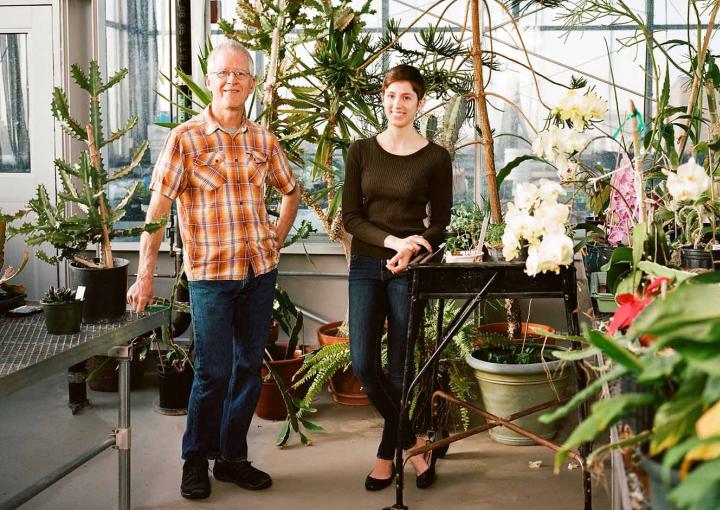 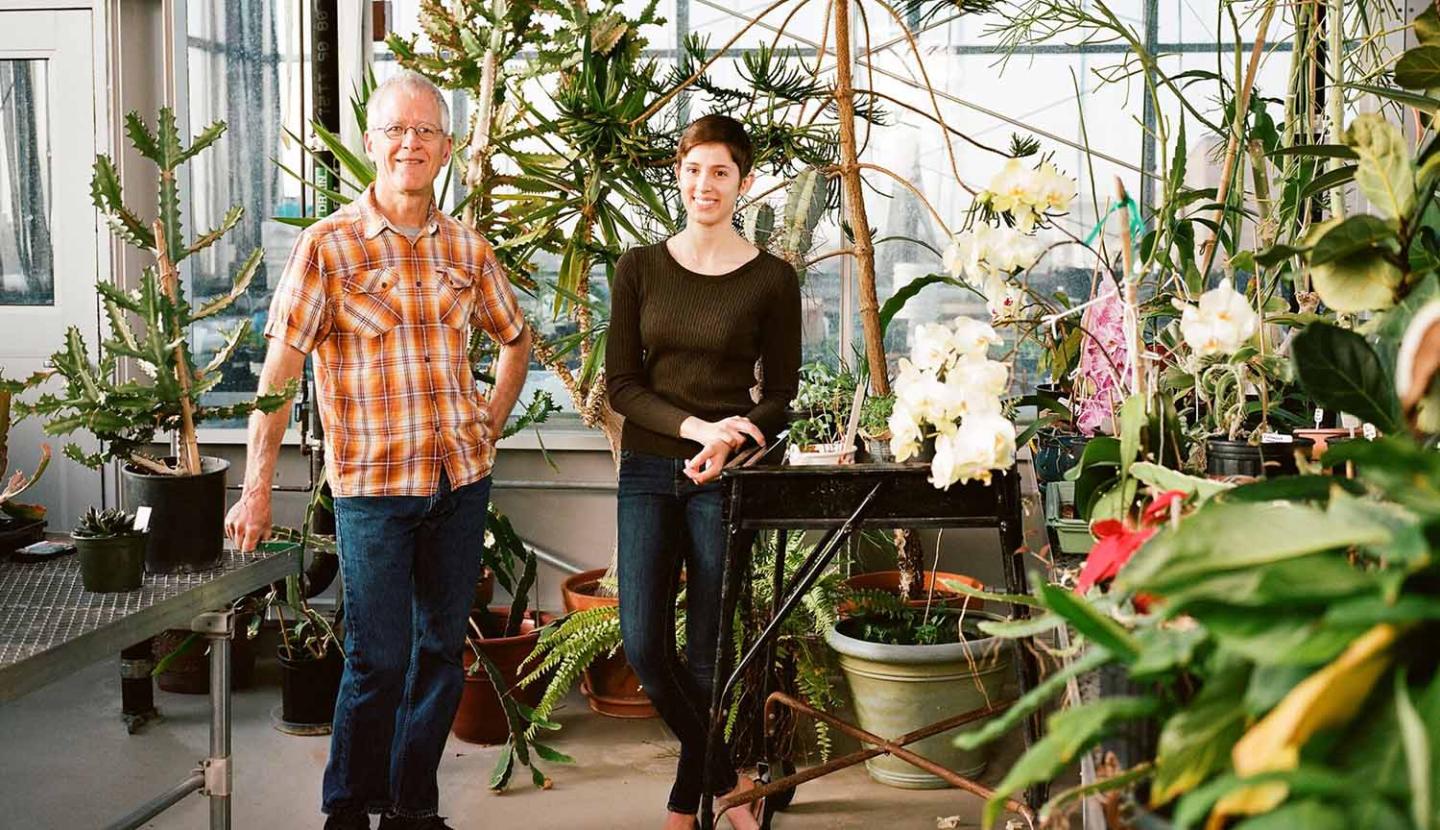 Undergraduate research at St. Edward’s is more than an introduction to the scientific process. It connects students with professional mentors, encourages them to take on new challenges and helps some find careers they’d never imagined.

A taste of life as a scientist 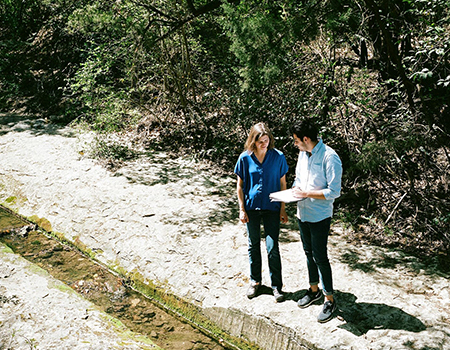 The presentations at the Ecological Society of America (ESA) annual meeting were over, and a cool breeze blew across the Willamette River as the daylight faded. Justin Stewart ’18 stood at an outdoor table at a tapas restaurant in northeast Portland, staving off the evening chill with spicy Spanish food. Nearby, Assistant Professor of Biology Teresa Bilinski chatted with her colleagues, scientists from around the world who’d shown genuine interest in Stewart’s research. Looking around the table, Stewart smiled: He was getting a glimpse of life in the scientific community, and he liked what he saw.

A Biology major, Stewart had arrived at St. Edward’s intending to become a dermatologist. But he decided to pursue microbial ecology after accompanying Bilinski on a trip to Blunn Creek Preserve, near campus, to study the bacteria in water samples from the creek. He joined Bilinski’s research group, which studies how urbanization influences relationships between soil microbes and planned communities. Together with Bilinski, he collected soil samples on long hikes at Wild Basin Creative Research Center.

In August, he accompanied Bilinski to the ESA meeting to present his research and network with the world’s top ecologists. Those conversations — like the one over dinner — confirmed his desire to continue his education and work in a government or industry lab, or become a professor like Bilinski.

“My relationship with Dr. Bilinski has shifted, from her showing me how to analyze data, to her being a real mentor,” Stewart says. “I’ve learned so much more collaborating with her than I have in any class about how research science actually works.”

A Trip that Changes a Future

Sarahi Enriquez ’19 was thrilled when she was accepted to the McNair Scholars Program, which prepares students from underrepresented backgrounds to earn doctoral degrees. Assistant Professor of Forensic Science Casie Parish Fisher invited her to help on a project: testing a new rapid DNA profiling machine on biological samples that had been burned.

Enriquez traveled with Fisher to Boston, where they met with the lead scientist and the CEO of the company that makes the machine and ran tests of mock fire scene samples. The lab visit was a turning 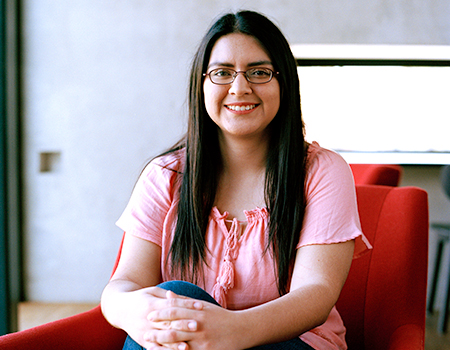 point for Enriquez, who’s now planning to earn a PhD in analytical chemistry. “Seeing what people can do with this education has motivated me to pursue that as well,” she says, “so I can have a job in the industry and help develop new technology that’s going to benefit people.” 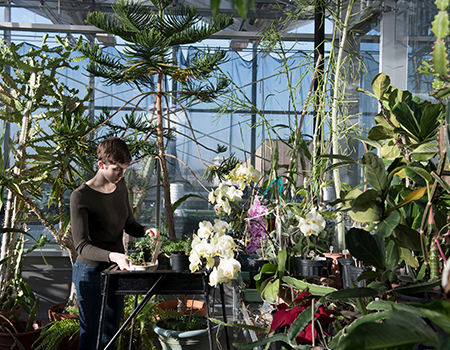 Jacquelyn Turcinovic ’18 frowned at her bean plants. They were supposed to be showing signs of phosphate stress: stunted growth and dying, purple leaves. Instead, they looked green and healthy. It was good news for the plants, but bad news for Turcinovic.

Alone in the greenhouse, she considered her options. Her mentor, Associate Professor of Bioinformatics Charles Hauser, was downstairs in his office, but she knew he’d want her to think through the problem before asking for help.

Turcinovic was studying the fungal microbiome of bean plants, which take in nutrients, like phosphate, from the soil. If scientists understood how the microbiomes work, they could breed crops to better utilize the phosphate in soil, reducing farmers’ need for chemical fertilizers.

Turcinovic needed to grow two sets of bean plants: one deprived of phosphate, and a healthy control group. But after four weeks, the groups looked the same — because, it turned out, the soil had too much phosphate. Turcinovic started over, this time building a watering system from hardware-store supplies, growing the plants in synthetic soil and watering with nutrient solution. After a month, the phosphate-free group showed symptoms of stress. “While it was kind of sad to see because the plants were struggling, it was actually really gratifying because the experiment was working,” she says.

And it was gratifying to both Turcinovic and Hauser, because Turcinovic had solved the problem on her own. “It was a learning experience for all of us, but she worked through it and changed the research design,” Hauser says. “The notion of ‘formative failure’ suggests that if a student fails and has to work through why an experiment didn’t work, she learns more.”

Turcinovic, a Bioinformatics major, says her mentor’s hands-off approach was unnerving at first. But it ultimately prepared her for the 10 weeks she spent at a competitive research program at Boston University the summer before her senior year. “Dr. Hauser helped me be more independent and function on my own, instead of needing someone to hold my hand and walk me through things,” she says.

A Mentor Leads the Way

Diego Saldaña ’19, a Biochemistry major, chose St. Edward’s because he knew he could build relationships with professors, an opportunity he seized last summer when he joined Assistant Professor of Chemistry Santiago Toledo Carrion's research team. The team focused on synthesizing replicas of the reaction site of an enzyme associated with hepatitis C, stomach cancer and prostate cancer, with the goal of helping scientists understand the enzyme’s reactivity and mechanism of action. It was good preparation for Saldaña’s goal of working in pharmaceutical or medical research. 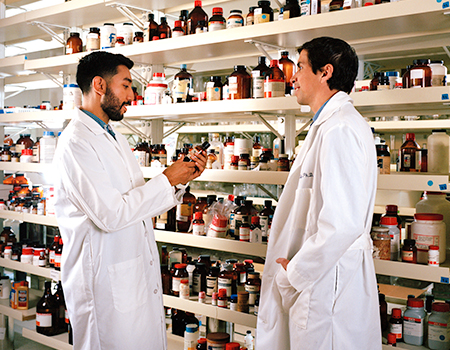 During the summer, Saldaña and Toledo spent four to five hours in the lab together each day. Their conversations about the research gradually expanded to include their long-term goals, and their respective plans for the weekend. “I’m grateful that I was able to get on Toledo’s research group and connect with him in that way,” Saldaña says. “I’ve established a good relationship with him as a mentor, a research supervisor, a professor and a friend.”

She Asks and Finds an Answer 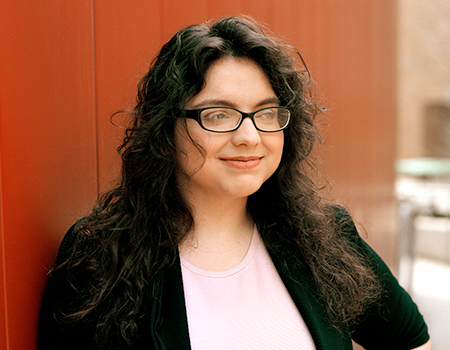 Questions about relationships have always intrigued Behavioral Neuroscience major Ciara Crochet ’18, and St. Edward’s has given her ample opportunity to search for answers. She’s investigated the relationship among testosterone levels, sexual desire, and jealousy at different stages of relationships, and she’s studied predictors of infidelity. She has raised fish for two behavioral experiments in Biology, and she’s even taken on a project researching cryptocurrency with a business professor.

Crochet’s experiences helped her realize she wants to pursue a career in research, partly because “with research I get to do science and write,” she says. Plus, research offers the thrill of discovery. “I like finding out new information and putting something in the world that wasn’t there before.”