From St. Edward’s to Google 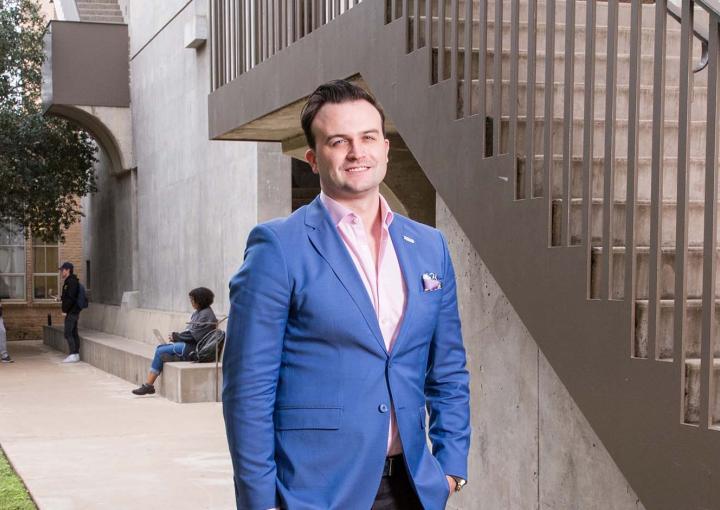 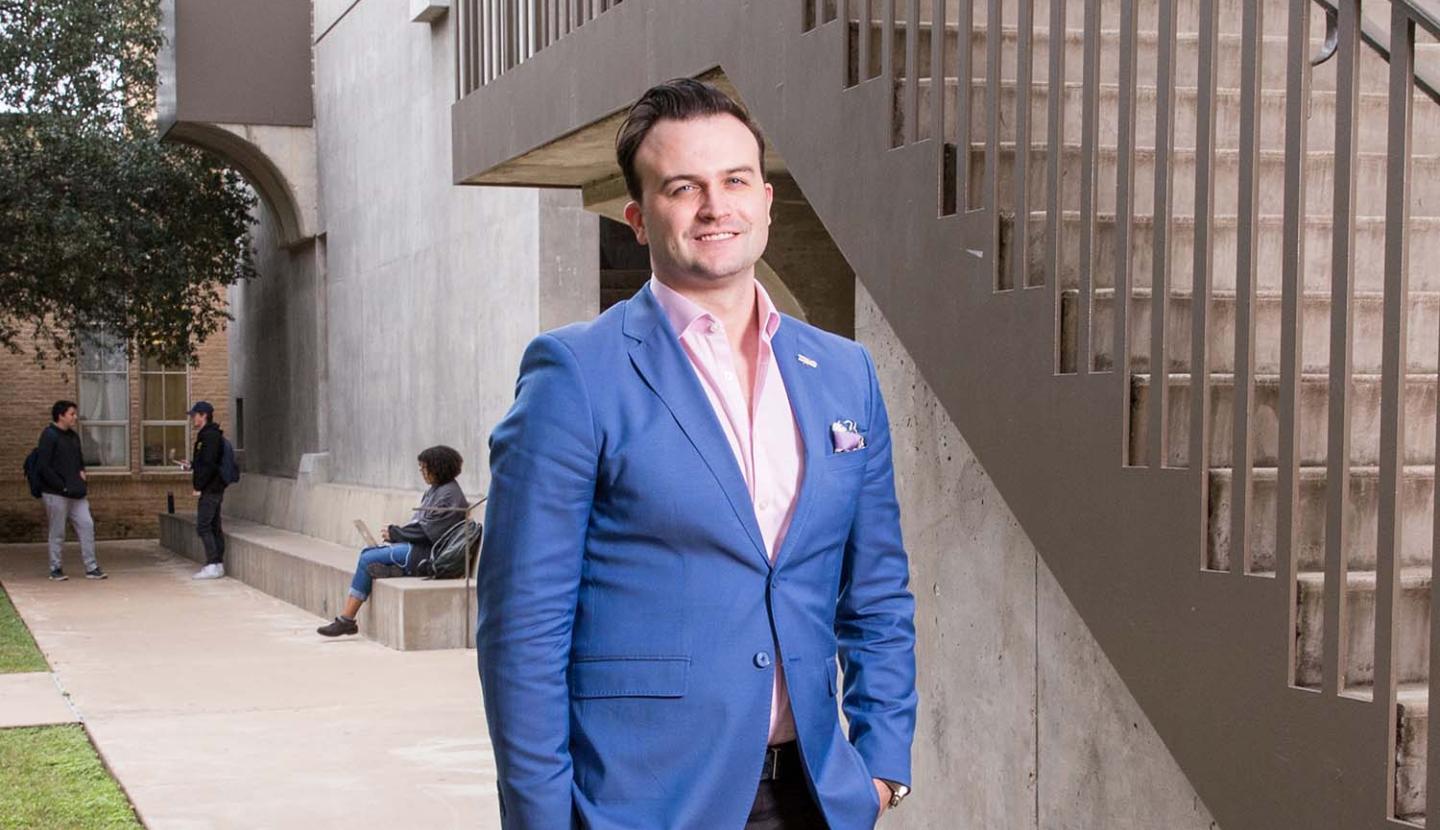 In a world with increasing TV streaming options and infinite distractions on smartphones, how does a company catch a potential customer’s attention?

It’s a puzzle that Jeff Miner ’11 solves every day in his work at Google’s Unskippable Labs. There, he helps brands improve their digital strategy with a combination of better storytelling and data analysis.

Miner, who considers himself a natural salesman, played basketball for the Hilltoppers and majored in Finance. When [now retired] Finance professor Amy Burnett suggested his people skills, combined with his ability to crunch numbers and recognize patterns, would make him a good analyst, he decided to find a customer-facing job that would hone his pitching skills.

Within a year of graduation from St. Edward’s, he started working at Google Offers, a competitor to the deal site Groupon. Miner cold-called as many as 80 businesses a day — mostly beauty and nail salons — to pitch them on Offers. The job required a move to New York and then to San Francisco, where he shifted to working with small businesses who were already Google clients and wanted to find new advertising opportunities. “That’s where I started to understand advertising strategy, rather than just making a sale,” he says. 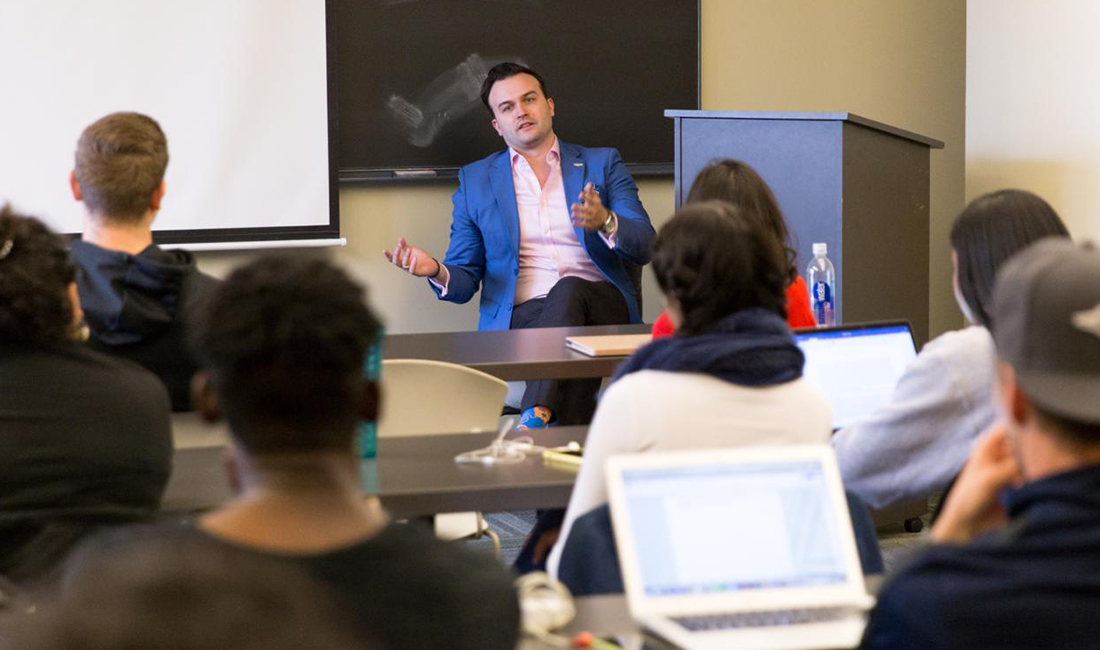 Jeff Miner ’11 returned to the hilltop in early November. He delivered a keynote on marketing in the age of distraction and visited three classes in The Bill Munday School of Business.

Miner next moved into an account manager position back in New York with luxury brands, like Louis Vuitton and Christian Dior, that worked with Google. He typically encouraged them to shift advertising dollars from print or TV to digital video, a powerful storytelling medium that also generated extensive data about viewer engagement.

After four years he made the leap to Google’s Unskippable Labs. “My role is brand strategist, but I really think of myself as a storyteller,” he says. “I figure out how to help brands tell their story.”

When Ford decided to reintroduce the Ranger pickup truck in 2019 after an eight-year hiatus, it called on Unskippable Labs for help. Ford wanted to reposition the Ranger from its “built tough,” work-oriented reputation to being known as the best truck for outdoor adventure. The company planned to highlight the truck’s off-road capabilities but worried about competing with the Toyota Tacoma, which dominated the off-road market.

Miner studied the videos on Ford’s YouTube channel and compared their content with Google’s data about how long viewers watched them before clicking away. He realized that when the videos focused on tech features, like in-vehicle wireless hotspots, viewers stayed longer than when the videos emphasized off-roading.

“All the guesswork’s taken out of it,” Miner says. “You just have to respond to what the data’s telling you.” 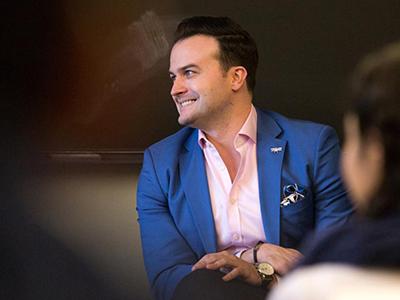 “Jeff Miner’s ability to tell a story for every marketing lesson had me hanging on every word. The way he leveraged his connections and entry-level job position to become a brand strategist at Google’s Unskippable Labs is something that requires an admirable drive.”
—Marcelo Salinas Villaseñor ’18, Marketing major and president of the Hilltop American Marketing Association

Miner spends an hour each day reading outside research — about developments in social media, TV, movies, and luxury brands — that influences his work. When he’s facing a challenge, he draws on that preparation, as well as his experience performing under pressure as a college athlete.

“You want to find a balance between the confidence to perform and the humility to prepare,” he says. “My confidence comes from knowing I’ve done the work.”

The Path to Graduate School