How Students Grow on the Hilltop

Parents and Students Find the Ingredients for Success at St. Edward’s 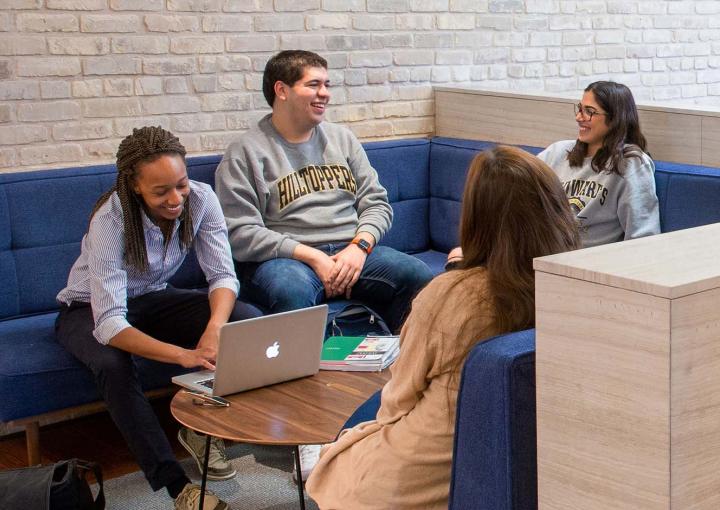 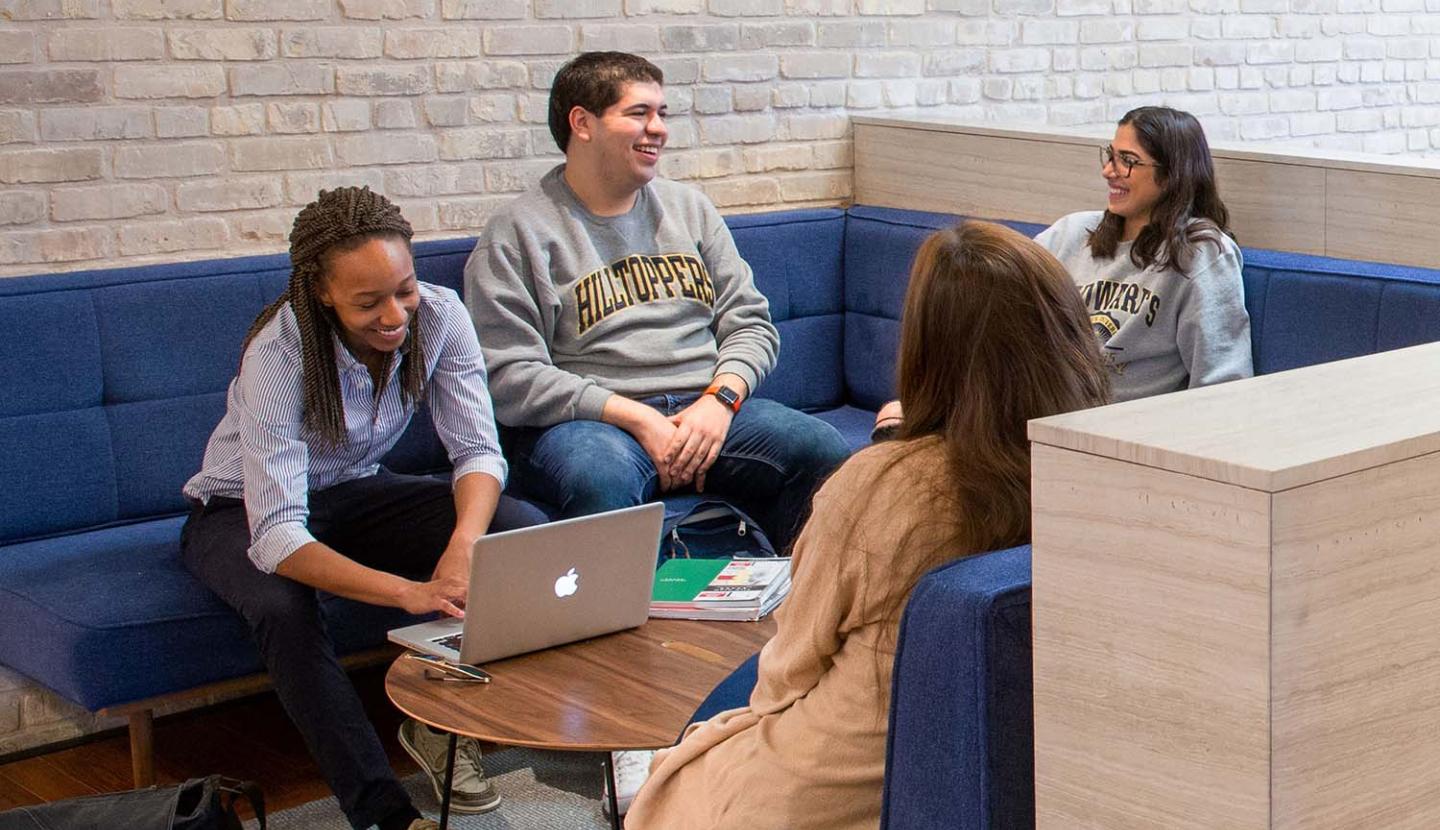 As a freshman, your child may be unsure about a major. She might be nervous about researching a paper or speaking in front of class. He might be hesitant about studying abroad or applying for an internship. But as students move past their first year, most discover they’re gaining a variety of academic, social and leadership skills that help them grow and mature. Here, six Hilltopper families share the changes they’ve experienced as their students prepare to take on their world.

Carlie Pouwels ’19, a Digital Media Management major, wasn’t sure where she’d fit in at St. Edward’s her freshman year, but she jumped into giving tours and serving as an Orientation coordinator on campus. Later, she was hired as the Student Activities marketing director. “I think I grew a lot from those jobs, and being involved has helped me make new friends. It’s like having a whole other family on campus.” Her original family is also proud of Carlie’s accomplishments, including a recent internship at an 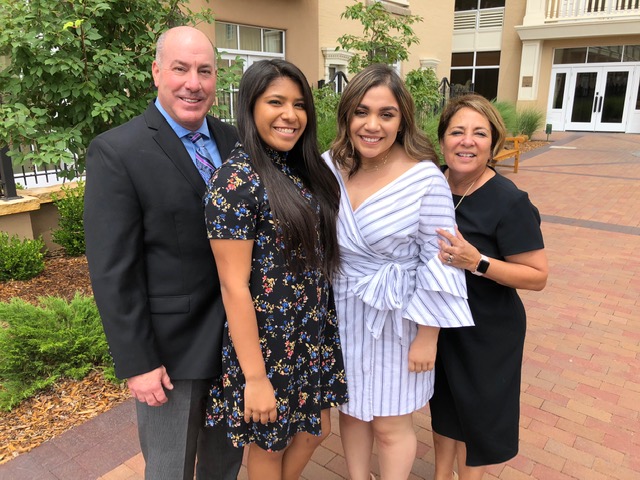 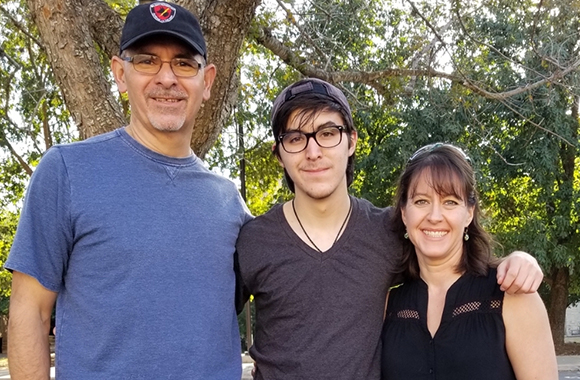 Nico Gutierrez ’21 changed majors twice, but he’s glad he settled on Creative Writing in the Writing and Rhetoric program. And his parents, Pierre and Mona Gutierrez, felt comfortable giving him the independence to see where his passions took him. “He’s grown and evolved and developed in the short time he’s been there,” Pierre Gutierrez says. “It brings a smile to my face to see him pursuing his interests.” Nico credits St. Edward’s with nourishing his creativity and helping him

be open to new ideas and lifelong learning. His advice to freshmen? “Take things a day at a time, and be yourself. College is about finding out who you are and what path you are going to take. It’s not about changing; it’s about further figuring out who you are, enriching yourself, and helping yourself grow.” 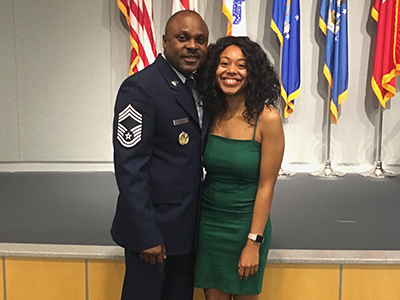 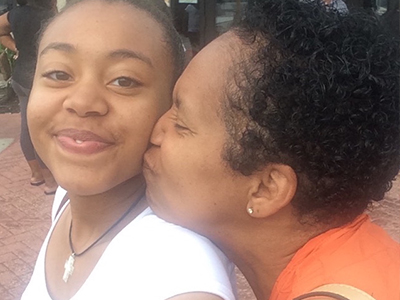 Communications major Brieanna Bowman ’19 grew up with two parents in active duty in the U.S. Air Force, which may have laid the groundwork for her independent, goal-oriented personality. And while she felt well prepared for the academics of college, it was a change to keep track of class schedules, appointments, and how she spent her money. But she quickly adjusted and inserted herself into roles — like an intern for the Office of Diversity and Inclusion, and also president of Black Student Alliance — that showcased her leadership abilities. “I’m still the same person with the same goals, but I have a better focus. I know exactly what I want, and I’m not afraid to step outside of the box.” Her parents, Stepfaine Washington and David Bowman, have also seen how Brieanna’s experiences at St. Edward’s have helped her grow. “She’s a leader who can make adult decisions,” says Stepfaine. “She has pushed herself and found that she can handle it.” 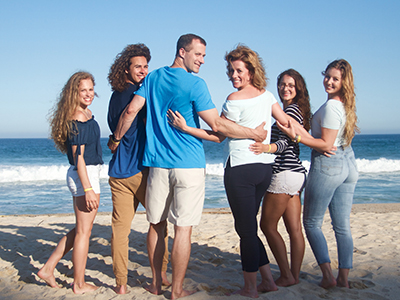 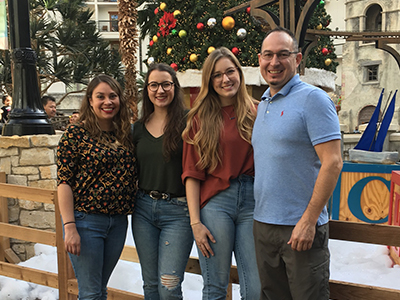 Kara Sage ’19 spent her first two years at St. Edward’s building a great group of friends and diving into her psychology classes. As an upperclassman, she found herself taking the lead more often, like working as a TA for her psychology teacher and mentor Associate Professor Delia K. Paskos, and taking on a supervising role for her job as executive student activities coordinator. “Becoming involved there was one of the best decisions I made,” Kara says. “It connected me with all the event center happenings, and now I have a huge support system of friends and coworkers.” Kara’s father, Michael Sage, knew she was also building skills she would use throughout her life: “She’s less dependent on us to get things done and she’s been able to organize herself better and be more efficient. But our emotional relationship is still the same.” Her mother, Rachel Farinelli Holloway, saw how these positions of leadership influenced Kara’s role in their family. “She has taught me so much from her experiences,” says Rachel. “She’s become an advisor and a leader in the family, which has been a really neat transition.”

Accounting major Theila Galvan ’19 had a difficult transition her freshman year. As a first-generation college student, she was hesitant to be away from her close-knit family. But thanks to her CAMP advisor, she received the academic guidance and supportive community she needed to succeed. The program, along with her professors, also helped address her hearing needs, which not only changed her ability to fully participate in the classroom, but also changed her outlook on college. “St. Edward’s 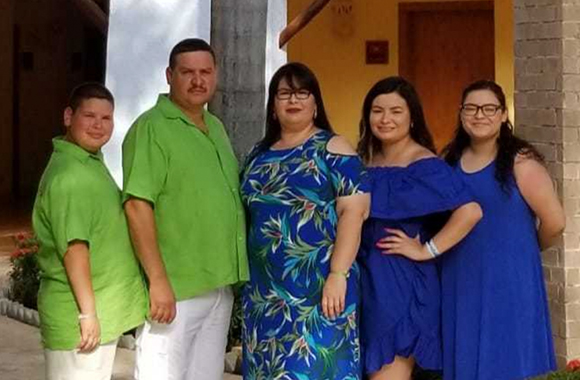 was very active and involved, kind of like a family. The CAMP program really helped me feel more comfortable and determined to finish my four years here,” Galvan says. Her mother, Nancy Galvan, echoes the sentiment: “The school is very diverse and accepting. They show respect, friendship and unity, and they’re there to support each other.” 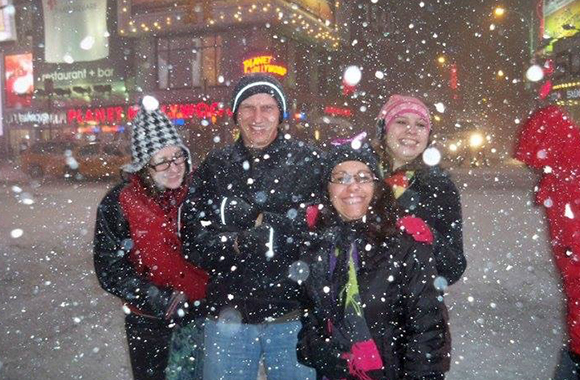 Samantha Hair ’18 is surprised at how far she’s come since freshman year when she preferred the solace of her dorm room to the gatherings on campus. She never thought she’d be the one joining clubs, working at Orientation, or going abroad to Madrid, where, she says she really found her confidence. “It gave me a sense of independence and taught me that I could really handle myself. It was one of the greatest experiences of my life.” Her parents, Rob and Deborah Newton-Hair, really saw the boost in

Samantha’s confidence as she worked consecutive years at Student Life. “She’s had to manage the other Orientation coordinators, and she has given speeches in front of crowds of people at the university,” Rob says. “And she seems fairly natural at it. As she goes through her career, those skills will help her a great deal.”

Our Amazing Year on the Hilltop