From St. Edward’s to Stanford Dean

Mona Hicks’ 25-year career at universities around the country started with a job during her own college career. 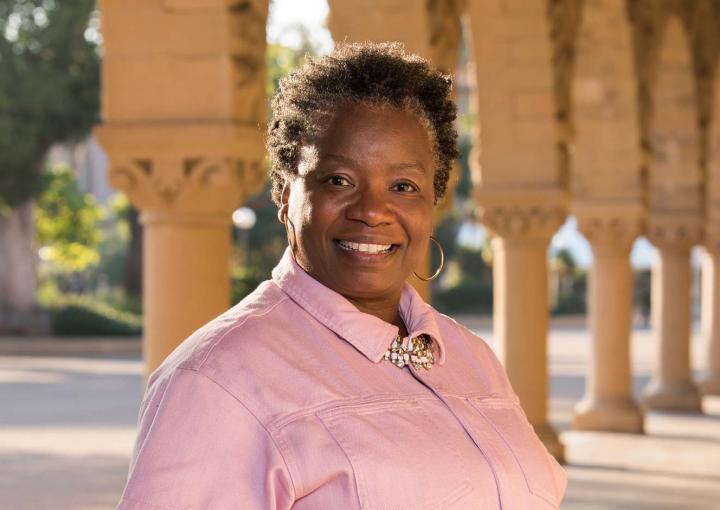 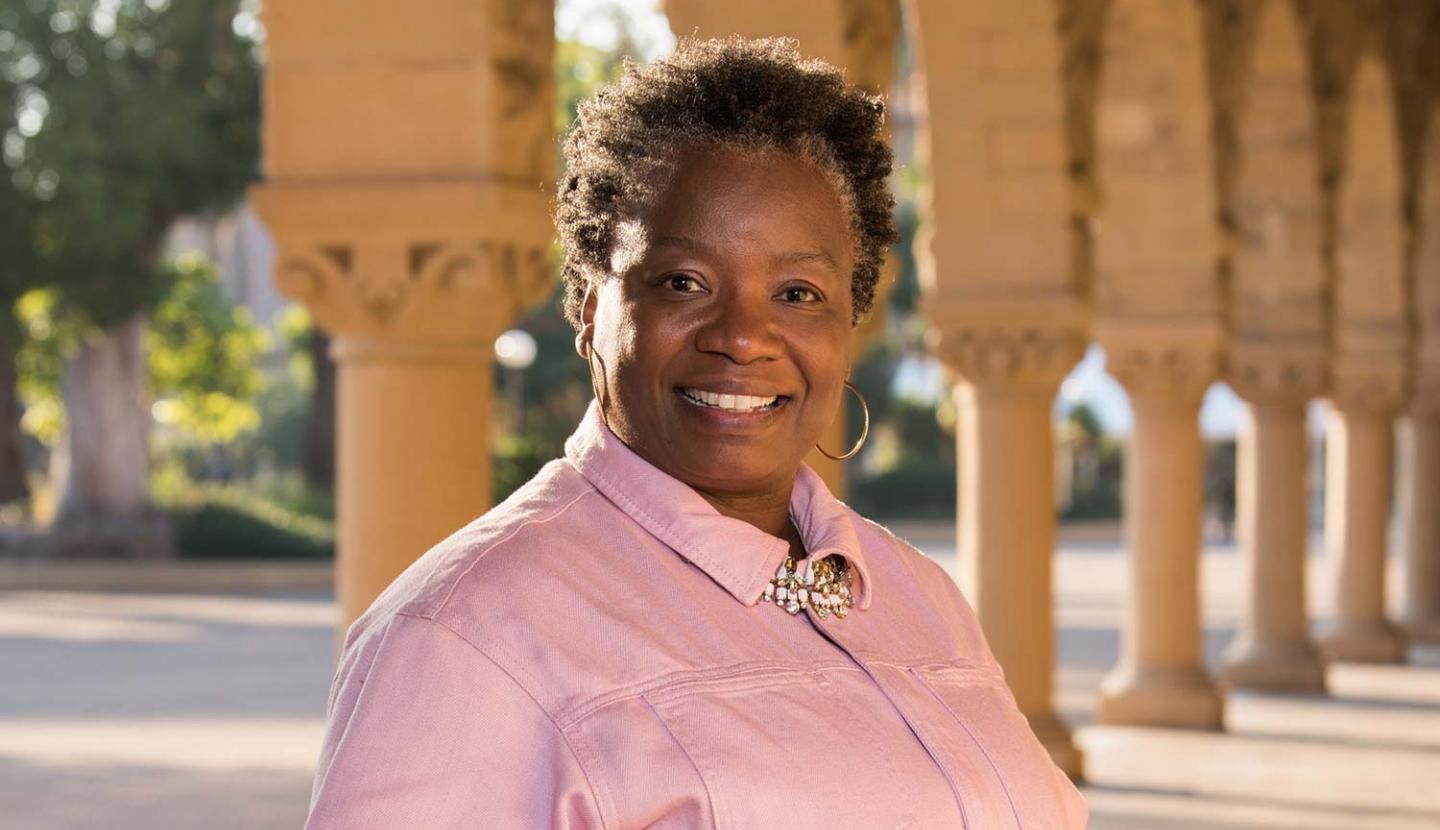 Dr. Mona Hicks ’93 insists the choice she made as a 17-year-old to become a Hilltopper was absolutely meant to be. Hicks, who is now the dean of students at Stanford University, credits St. Edward’s with providing the faith-based and community-focused education she didn’t know she needed.

Hicks grew up in north Dallas with a strong Catholic influence from her father’s side. Initially, she wanted to attend Texas A&M University, like many of her peers, but when she didn’t get a spot for campus housing, she pivoted to St. Edward’s.

“It turns out that that was just totally God’s grace, because I would have had no business doing my undergraduate at a large state institution,” says Hicks. “[St. Edward’s] was a place where they could care for my whole person.”

On top of managing her rigorous course load as a pre-med biology major, Hicks chaired the student activities council, served as vice president of student government, competed as a student-athlete (first on the women’s basketball team, then as an inaugural member of the women’s soccer team) and rooted for Hilltopper teams as a cheerleader. She commends her many mentors, including Bill Quinn, professor of Biology, for giving her the constant support and motivation she needed.

“I did everything while I was there,” Hicks says with a laugh. “I couldn’t have done all of that somewhere else.”

During the summer after her sophomore year, Hicks took a job with the Austin Parks and Recreation Department where she worked with children from underserved communities. She was tasked with developing daily experiences into an established curriculum to keep the kids occupied, and she’d often turn to her St. Edward’s professors and advisors for ideas. Hicks says this “transformative experience” is what helped her pivot her career goals toward education. 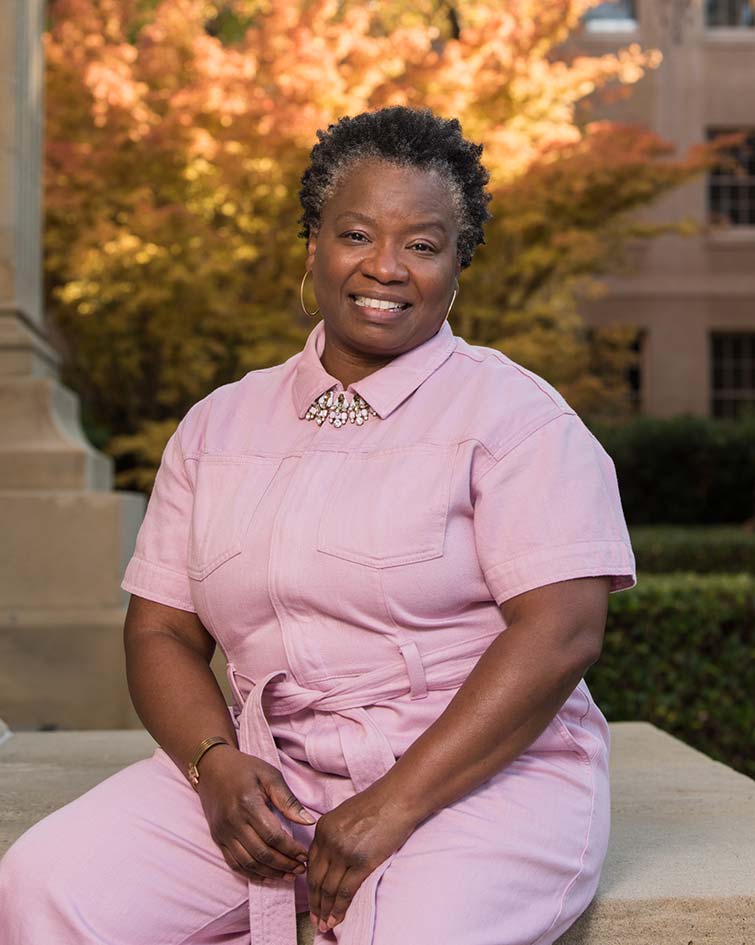 Hicks also credits St. Edward’s for her strong writing skills. She says her capstone paper on multiculturalism and higher education basically got her into graduate school at Western Illinois University, where she earned a master’s in college student personnel.

Hicks went on to hold high-level administrative jobs at Rice University, Vanderbilt University (where she also earned a doctorate in higher education, leadership and policy), the University of North Texas and St. Louis University before landing a position at Stanford in January 2020 as the senior associate vice provost and dean of students.

Hicks says her alma mater influenced where she’s chosen to work because she learned the value of student agency as a Hilltopper.

“I was given space at St. Edward’s to create initiatives and engage in university issues,” she says. “I was looking for places where students could be engaged at the same level that I had been at my undergrad.”

Hicks takes on multiple initiatives at each university she works for. “St. Edward’s kind of put me on the path of overdoing it,” she says. She established a center for female-identifying students at Rice, transformed the Greek system at Vanderbilt to be more inclusive, established a veterans center at UNT and created the Billiken Bounty Food Pantry at St. Louis University.

In her first year at Stanford, Hicks faced an unprecedented challenge: How to provide the support that college students need while grappling with a global health crisis and the country’s ongoing recognition of systemic racism.

“You’re never not in a crisis ‘attitude’ because of the multiple pandemics that are around you,” she says. “We try to center our most minoritized students in this moment. Universities should explore the understanding of our history and our structural system and be able to name that in a space that’s free of politics. We have to model that at a place like Stanford.”

When she’s struggling with constantly being in crisis mode, Hicks remembers the three guiding principles by which she lives her life: love, gratitude and the “why” behind what she does. She knows she received her foundation from her family — but also from her time at St. Edward’s.

“I know that I wouldn’t be in this place without starting from where I did,” she says.