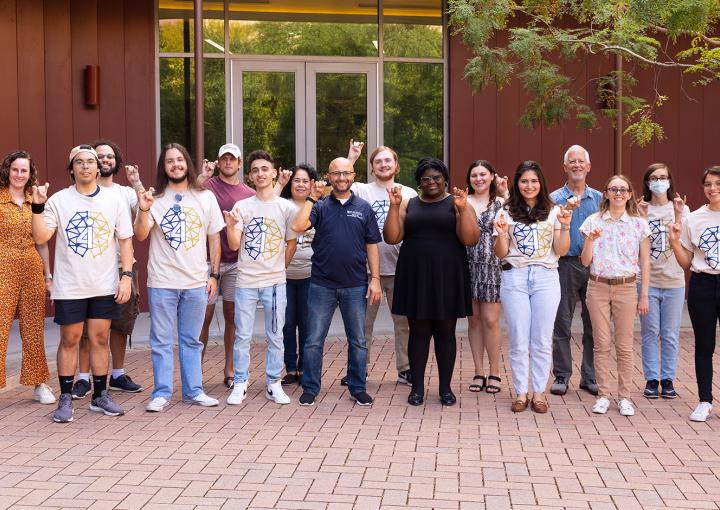 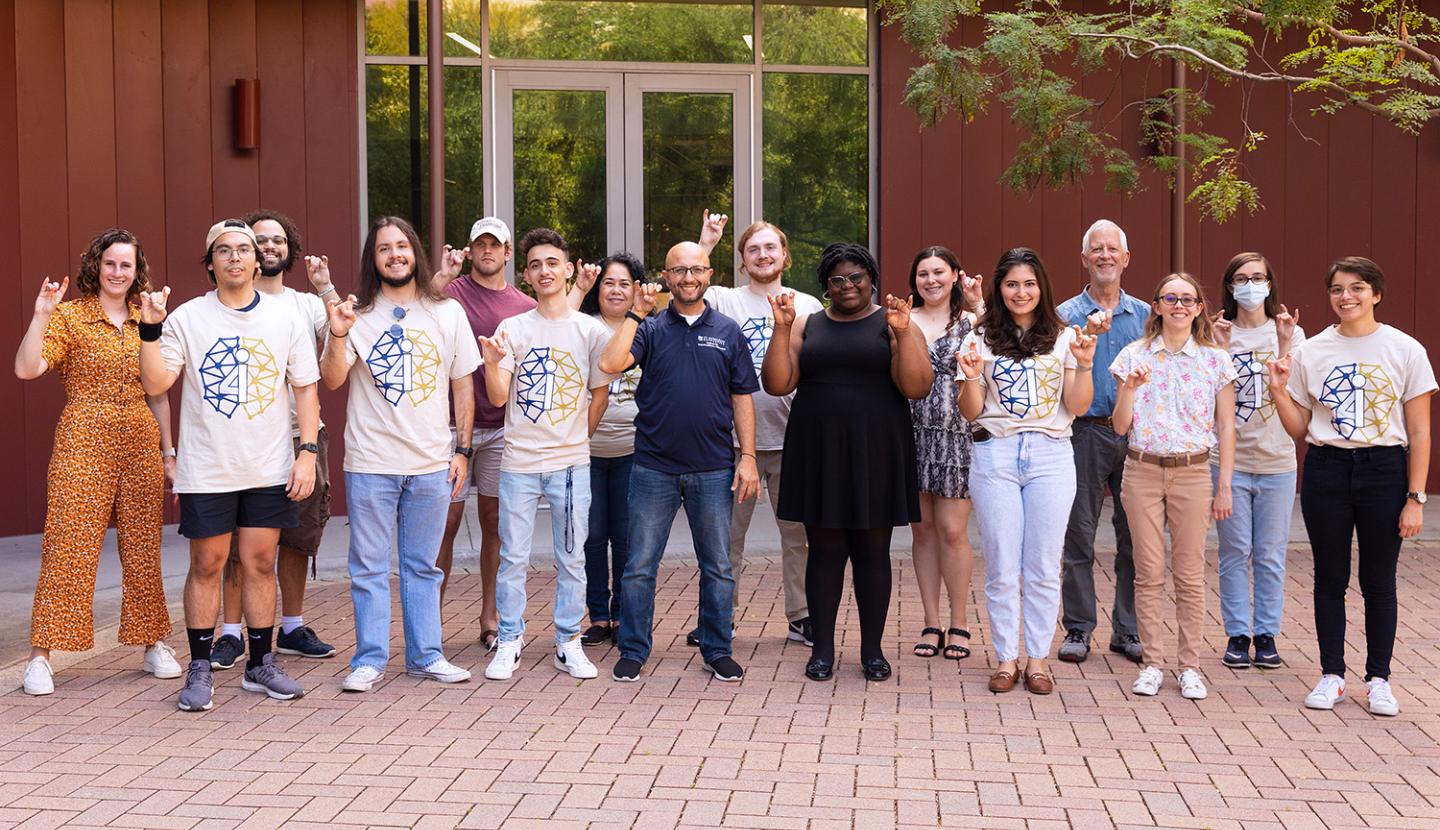 STEM graduates who can adapt and innovate in a climate of change are pivotal for success in the 4th Industrial Revolution. Our National Science Foundation-funded Institute for Interdisciplinary Science (i4) focuses on increasing students’ readiness for this global revolution brought on by smart technology. The institute builds skills in interdisciplinary sciences, informatics and emerging technologies. Students can tap into paid summer research internships, tuition awards for STEM courses not offered at St. Edward’s; events and keynote speakers; networking with employers and graduate programs; and more. Hear from recent students who've participated in i4 internships. 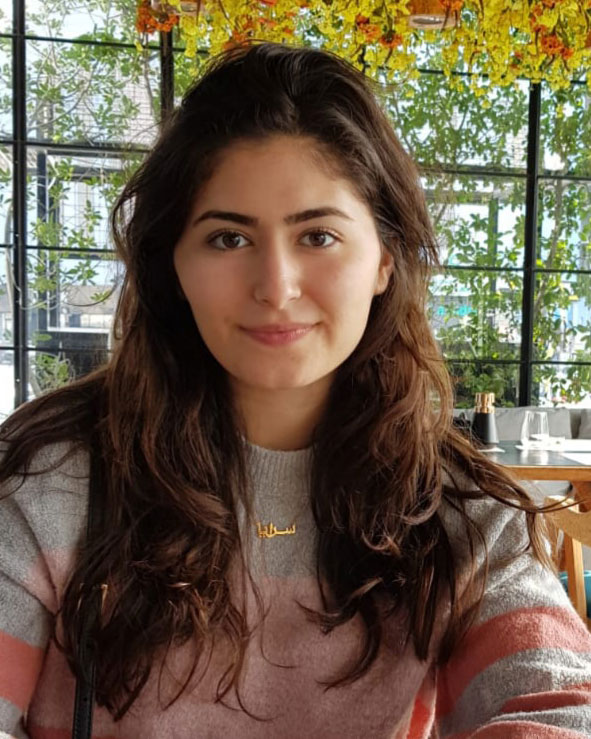 For eight weeks this summer, Saraya AlSaffar ’23 started her mornings with a routine. She ate breakfast, sat down at her computer, and launched Microsoft Teams. Then she dove into her summer project: organizing data about pathogens, such as Lyme disease, carried by ticks collected in different places around the country. Using the programming language R, AlSaffar created a map of the United States with dots representing the places where ticks carrying Lyme disease had been collected. The more ticks that had tested positive for Lyme disease, the larger the dot. Her maps for multiple years showed, at a glance, whether Lyme disease was increasing in prevalence in different hotspots across the country. Once she finished her project, the maps would be shared with the Centers for Disease Control and Prevention.

The project might sound tedious, but AlSaffar was surprised at how much she enjoyed the work. It wasn’t unusual for her to become absorbed in the project and look up to discover that hours had passed.

“When I’m working on programming and problem solving, I get in the zone – it’s almost relaxing,” she says. “I’m never bored when I’m working with large amounts of data.”

AlSaffar interned with NEON, the National Ecological Observatory Network, a National Science Foundation–funded company that collects ecological data and presents it in user-friendly ways. She was one of 16 students who completed a paid internship through the Institute for Interdisciplinary Science (i4) at St. Edward’s University. The institute prepares students for careers in the fourth industrial revolution, which unites the physical, biological, and digital or computational sciences. These jobs require scientific acumen but emphasize cross-discipline teamwork and problem solving more than expertise in a single subject. For example, a chemist might work with computer scientists on a coding project, even though the chemist didn’t study programming in college.

This summer, students interned at seven Austin organizations – including NI (National Instruments), the Texas Commission on Environmental Quality, and VMware – building their skills and connections at St. Edward’s industry partners.

“i4 is trying to close the gap between academia and industry,” says the institute’s director, Bilal Shebaro, an associate professor of Computer Science. “We are building connections with these companies so we can improve our programs and help our students be more prepared for their future jobs.”

The institute was launched in 2018 with a $1.5 million National Science Foundation grant and offers students in the School of Natural Sciences multiple opportunities. In addition to summer internships, i4 grants tuition awards for specialized training not available at St. Edward’s. Students have used these funds to cover the cost of online courses in cutting-edge topics including data science, health informatics, machine learning and nanotechnology.

“We are building connections with these companies so we can improve our programs and help our students be more prepared for their future jobs.”

The institute also helps professors expand their research and stay current on industry trends. It offers mini-grants to assist faculty in launching research projects, some of which may include hiring students as assistants. It also supports professors who want to attend training or spend some time working at a particular company over the summer to learn about a technology. These programs build capacity for faculty to expand their knowledge and pass it along to students. 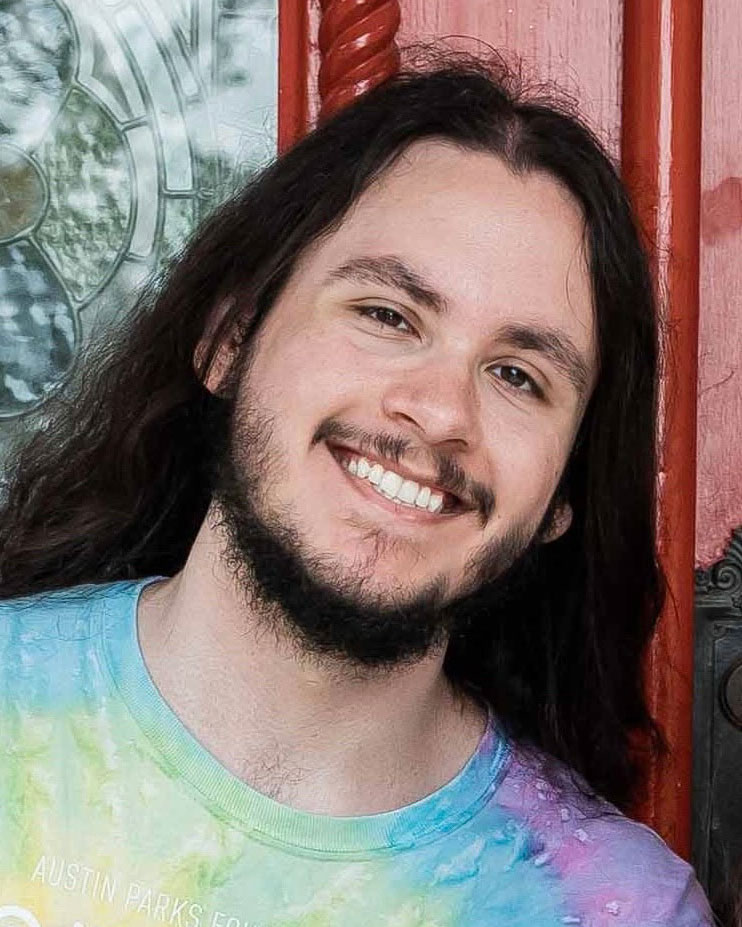 For his i4 summer internship, Computer Sciencemajor Jacob Brandis ’23 completed a project for the United States Forest Service, which is part of the U.S. Department of Agriculture. He worked in the USDA’s geospatial division, which uses satellite imagery and other technology to generate and analyze data about landscapes around the globe.

Using Excel spreadsheets and a program called ArcGIS, he mapped the locations of U.S. timber mills and the routes timber trucks could take to or from the mills. This was a complex calculation that required filtering out any roads the trucks could not use because of weight limits or low-clearance underpasses. The resulting data revealed the traffic patterns generated by the timber industry – information the USDA’s Forest Inventory and Analysis group could use for a variety of purposes.

Brandis had never used ArcGIS before the internship and was excited to have the chance to learn it, even though he had to pick it up quickly. Similarly, AlSaffar had never used R before this summer. NEON gave her access to online training materials and mentors who could answer questions, but it was largely up to AlSaffar to teach herself the language, drawing on her experience learning other programming languages in her Computer Science classes.

This on-the-job education was an instructive preview of the professional world, where employees have to learn quickly with minimal guidance. In another potential preview of life after graduation, both Brandis and AlSaffar’s internships were remote. With the increasing acceptance of remote work in the wake of the pandemic, such jobs are more common. The interns worked from home but communicated with their colleagues via phone, video calls, email and Teams – a process that in many ways resembled remote education.

“I was pretty well prepared from doing a lot of that at St. Edward’s during the online covid school year,” Brandis said.

Other aspects of the workplace were completely new. Computer Science major Madison Pierre ’23 interned with VMware, which required her to abide by a nondisclosure agreement. NDAs, which are common in the tech industry, are rules meant to protect companies’ trade secrets. One segment of Pierre’s employment course at VMware was a security responsibility orientation, where she learned to take precautions even in low-risk environments. For instance, she was instructed not to leave her notes exposed at a coffee shop, where anyone could read or photograph them. Pierre’s internship prepared her for the responsibility of following these guidelines in her future career. 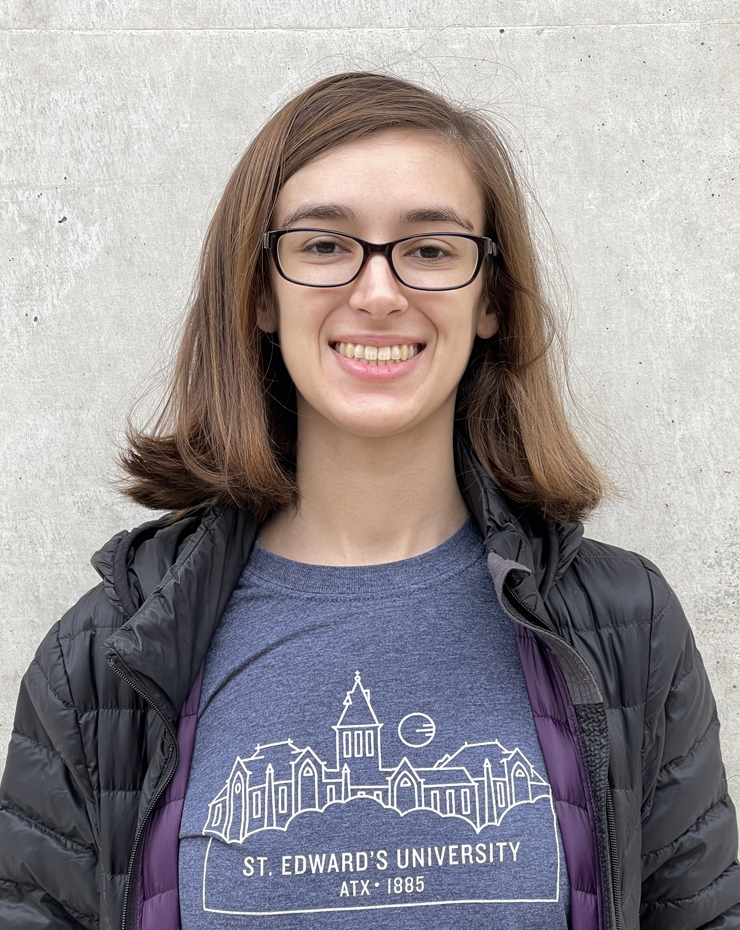 She says she enjoyed the culture of working at VMware – the welcoming, accepting environment – and realized that she needs to consider workplace culture when she looks for a job.

“The i4 program has definitely made me think about what kind of company I would like to work for,” she said. “A lot of people think of the field they want to work in, and then the company. But the company you work for is so important: the culture, its benefits, expectations. You need to look at not just how much people are making, but how the company treats its workers, and how it might potentially treat you.”

Brandis finished his internship with new awareness of government as a potential employer. “You might not think it’s a ‘sexy’ job, like the Googles and the Apples and the Facebooks of the world,” he said. “But it could definitely be seen as a way of serving your country and making an impact, especially with the Forest Service – you could help make the world more sustainable or prevent a fire or a natural disaster.”

“The i4 program has definitely made me think about what kind of company I would like to work for.. the company you work for is so important: the culture, its benefits, expectations."

AlSaffar is majoring in Bioinformatics, a discipline that includes both biology and computer science. Before the i4 internship, she was considering two career paths that she viewed as distinct: becoming a doctor, or becoming a computer scientist and focusing on programming. But now, having spent the summer learning R and the basics of data science, she sees how biology, medicine, programming, and data science can intersect.

AlSaffar is applying to medical school this fall, and even if she pursues a career as a doctor, she already can imagine applying R and data science down the road. She could analyze patient outcomes at a hospital to identify areas for improvement. Or, if she worked in an underserved community with a shortage of doctors, she could find ways to use existing resources more efficiently and improve the patient and provider experience.

“Data science is a career path that I didn’t think I would be interested in at all, but now I can see myself doing this in the future,” she says.

That’s the purpose of the i4 internship program: immersing students in the professional world, showing them how STEM fields overlap, and giving them new ways to think about their careers.

“One of the things I’ve learned is that there is a lot more to learn,” Pierre says. “In school, you study all the material, and you’re like, ‘Okay, I'm ready.’ Then you hear someone in industry talking about stuff that’s completely new to you, and you think, ‘Wow, I need to look into this.’ It makes you want to broaden your horizons and opens you up to the fact that there’s always more to learn."