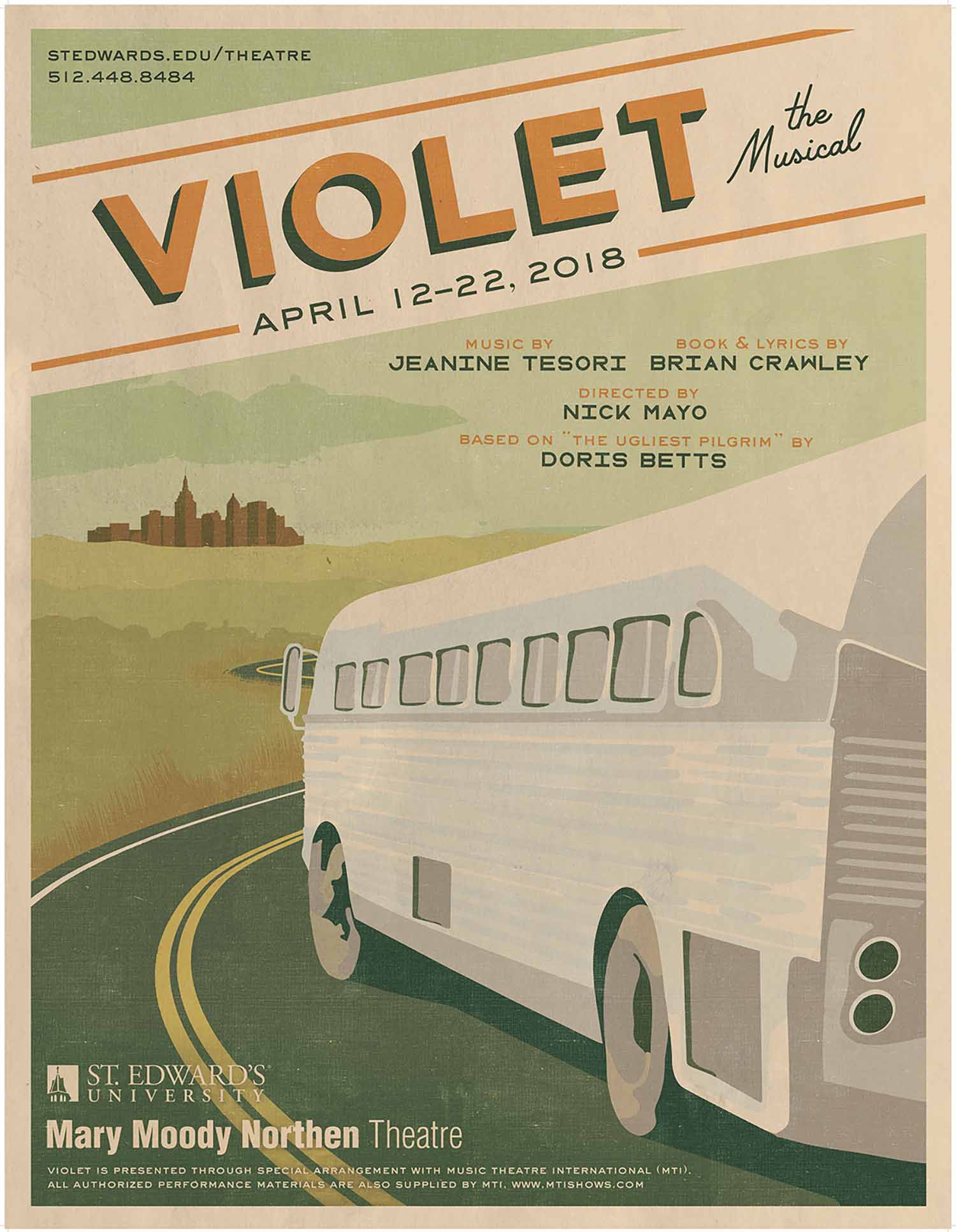 Join Mary Moody Northen Theatre, the award-winning producing arm of the St. Edward’s University Department of Performing Arts, as we conclude our 45th anniversary season with the heartwarming musical, Violet.

Twelve troubled years after a childhood accident left her severely scarred, Violet embarks on a pilgrimage to visit a televangelist she believes will heal her. But the long bus ride across 1964 America, from North Carolina to Oklahoma, provides Violet a greater opportunity — the chance to discover the liberating powers of faith, hope and unconditional love. From the composer of Fun Home, Thoroughly Modern Millie and Caroline, or Change comes what New York Times critic Charles Isherwood calls her “best” and “most accessible” music, rich with flavors of country, gospel, blues and honky-tonk rock. Winner of the Drama Critics’ Circle Award, the Lucille Lortel Award for Best Musical and nominated for a Tony award, this redemptive story will warm your spirit.

Book and Lyrics by Brian Crawley, Music by Jeanine Tesori

Based on The Ugliest Pilgrim by Doris Betts

St. Edward’s University is a private, liberal arts college in the Catholic Holy Cross Tradition with approximately 4,600 students. Located in Austin, Texas, it is one of the top universities in Texas and offers undergraduate and graduate programs, including MBA programs and a master’s degree in counseling. With a network of partner universities around the world, St. Edward’s is a diverse community with programs designed to inspire students with a global perspective. St. Edward's University has been recognized for 15 consecutive years as one of "America's Best Colleges" by U.S. News & World Report and ranks in the top 15 Best Regional Universities in the Western Region.