Professors at St. Edward’s are treasure troves of knowledge. Their insights reach far beyond their classroom teaching. Here, five professors draw on their academic expertise to share smart advice for solving relatable problems.

How to Have a Hard Conversation

When Associate Professor of Philosophy Jack Musselman asks his students to debate sticky ethical issues, he encourages them to remain respectful. Listen carefully. Make eye contact. Nod in affirmation. “You have to affirm the person, even if you disagree with their perspective,” Musselman says.

Recently, Musselman had to have a difficult discussion with his 92-year- old father. The patriarch’s health was failing, and his family felt it was time Dad stopped driving. Musselman knew it would be an emotional conversation. He had to be respectful in his approach: “My parents are adults. You can’t force them to do anything. You have to be persuasive."

Musselman reminded his father that he had raised some terrific kids. They were successful. They were smart. And they could do the driving. “I said, ‘It’s time to let them pay you back,’” Musselman recalls. ‘“You’ve done all these things for your kids over the decades to make sure they were safe and cared for. Let them return the favor.’”

Casting things in a positive light — showing the benefits that come with an altered position — can help people feel more comfortable changing their minds. “You have to present the argument in a way that they still win,” Musselman says. “My parents want to be proud of their kids.” 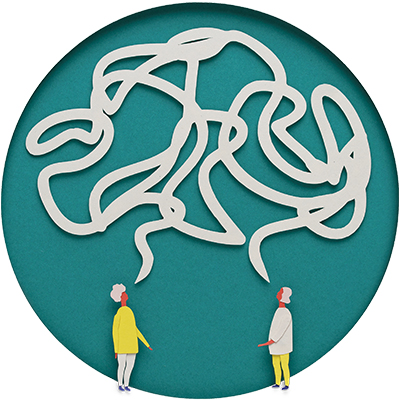 When to Worry About Your Kid's Test Scores

Parents everywhere want their children to succeed. But what do you do when your kid’s standardized test score falls below the 50th percentile?

“Don’t panic,” says Associate Professor of Counseling Bill McHenry, a former high-school counselor and a father of four. A test score is just a snapshot of performance on a particular day. More important, McHenry says, is taking a look at your child’s long-term performance: Low scores in math over multiple years, for example, are worth investigating. Talking to teachers — both past and present — can also provide insight. Is the test score data consistent with what teachers tell you about the student’s performance in that subject? If so, McHenry recommends trying to pinpoint the specific skills your child needs to improve, then asking teachers about resources — either during the day or after school — that may be available.

“Parents should look at scores contextually,” McHenry says. “Kids develop reasoning and critical-thinking skills at different paces, and it’s important to account for that.”

What to do About Household Smells

Assistant Professor of Chemistry Raychelle Burks likes the smells of saltwater, suntan oil and freshly baked bread. But as someone who once worked in a crime lab, she also knows that not every smell has happy associations. “I find comfort in the smell of bleach,” Burks says. “But I also smell the possibility of a cover-up.”

When bad smells (think rotting meat and sour milk) take over, use absorbent molecules that are acids, bases or both to catch and neutralize stinky volatile molecules. Baking soda — sodium bicarbonate — likes to act as a base and can react with foul-smelling acids to render them far less stinky or odorless. “Vinegar and lemon juices, which are both acids, are good cleaners and disinfectants,” says Burks. “As a kid, I remember my mom running vinegar through the coffee pot to clean it. She was using chemistry instead of elbow grease.” Scale, the mineral deposits that build up in a coffee pot, is insoluble in neutral water. However, scale is soluble in acids, like vinegar. “We use chemistry every day in cooking, yardwork and housework,” Burks says.

Once you’ve banished the bad smell with bases and acids, you can layer on the good: put out some cinnamon potpourri or spritz on the Chanel. People will notice the scent and won’t suspect a cover-up. 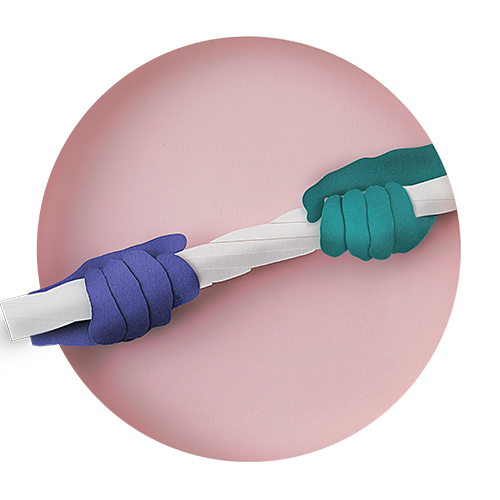 How to Be a Negotiator

A lawyer by training, Antonio Alvarado, executive-in-residence in The Bill Munday School of Business, has been through hundreds of situations that involve negotiation. The key to success, he says, is the three P’s: preparation, planning and practice.

First: Start with a solid understanding of how you are perceived. Do you radiate confidence or worry? Is your presence big or small? Position yourself so your strengths (intelligence, connections, financial options) are apparent, Alvarado says.

Next, practice some potential language— either in writing or out loud. Test the words. Check the flow. You’ll feel less rattled during negotiation and be less likely to let emotion color your communication if you’ve memorized a few key lines and run some trials. “If you can, get another person’s perspective on what you have to say,” Alvarado says. “Practice is invaluable.”

Finally, at the end of the process, make sure you have agreement on what was decided: Something in writing is best, but you could start with a verbal “I just want to make sure I understand the terms.” “Set your markers so you don’t get surprised,” Alvarado says.

What You Can Do to Boost Biodiversity

Yards all over Austin are planted with privet. Full grown, the large, leafy shrub makes a nice privacy hedge and provides shade from the hot Texas sun. But privet is a foreign invader, says Amy Concilio, assistant professor of Environmental Science and Policy. It spreads easily, and like many invasive species, it tends to push out native plants. “Even if you cut it down, it resprouts if you don’t tear out the roots,” Concilio says.

Besides tearing out your privet, what can you do to improve biodiversity? “This is one environmental problem you can actually act on,” Concilio says. Don’t plant privet or other non-native species in your yard. While U.S. laws prohibit the sale of some invasive species, many are still readily available in nurseries. (Bamboo, English ivy and sweet autumn clematis are popular invasives.) Introduced into gardens and yards, these tough non-native species relocate quickly — often taking over wild habitats.

You can replace those nonnatives with plants that thrive in your region. Concilio urges gardeners to be selective about the plants they purchase and cultivate. Native plants often require less water. And the wild kingdom you plant may ultimately draw wild creatures.

“What people plant in their yard can be one of the best predictors for bird diversity,” Concilio says.