Sheri Graner Ray Changes the World One Pixel at a Time, and She Keeps Aiming Higher 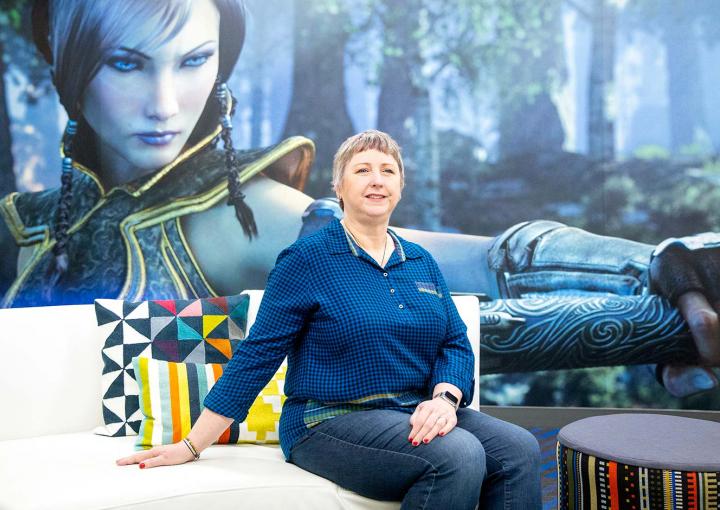 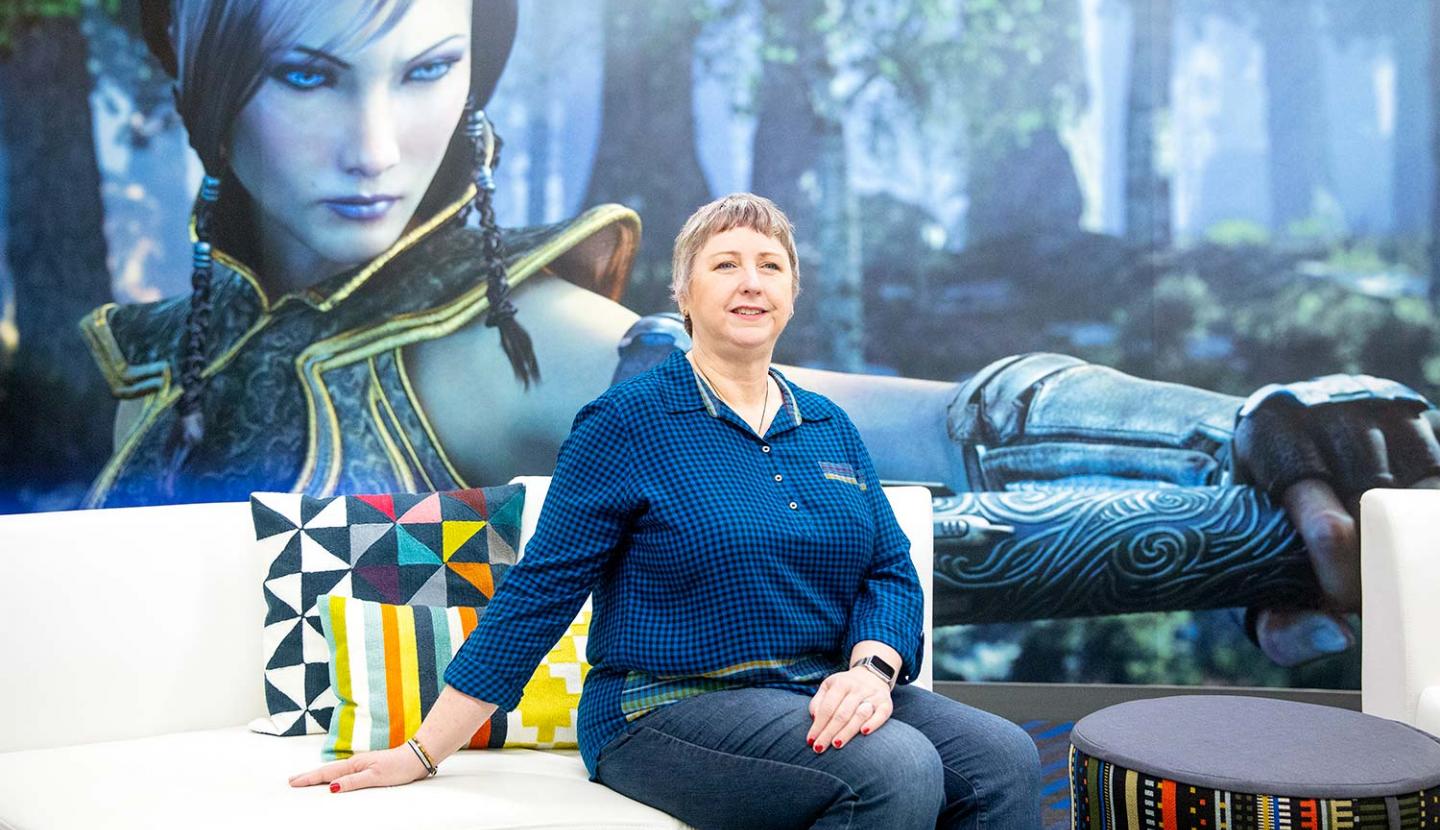 Sheri Graner Ray ’97 grew up in the Rio Grande Valley town of McAllen, where there were no game stores or comic book shops and only a couple of small computer stores. As a child, she played imagination and role-playing games with friends. In the early 1980s, she led a group in Austin that regularly played Dungeons and Dragons (D&D).

And that’s when she fell into the computer gaming industry. A newer member of her D&D group noticed that Ray was exceptional at writing rule sets and game scenarios and suggested she would be a great fit at the company where he worked. She applied and, within a month, was hired as a game designer for Origin Systems.

“After the first three or four months, I thought, ‘This isn’t going to last. They’re not going to keep paying me to do this,’” Ray says. But 30 years later, after having worked for some of the biggest gaming companies in the industry, she’s still going strong. “It’s been a pretty fun ride, and it just keeps going.”

As a designer, she decides how the fictional world within the game works. She builds the rule sets and designs the story, characters and plot line. “I’m somewhere between a choreographer, a script writer and a director,” she says.

Ray earned her English and Creative Writing degree from St. Edward’s during her time at Origin Systems. She has gone on to create training games for the U.S. Department of Defense that increased participants’ skill retention by 22% over traditional training methods. She has designed the software experience behind a couple of rides for major theme parks. She has contributed to a multitude of games for computers, multiplayer gaming systems and mobile devices. Some of the most recognizable titles include Ultima (one of the games that established the computer role-playing game genre), Star Wars Galaxies (the first massively multiplayer Star Wars online role-playing game) and Nancy Drew (one of the early games targeted to girls).

Ray has seen many changes over the years — including the role of women in gaming. Back when she started out, the prevailing mentality in the gaming industry was that women didn’t play games. Today, women represent a significant share of the market. “I want to give women a space at the table,” she says. “When there are just a few women at a company, their voices get trivialized. When we join together, now we’ve got some weight to our voice.”

3. Founded Women in Games International, a professional trade organization that helps give women a voice in the industry.

4. Named one of the 100 most influential women in the video game industry in 2004 by The Hollywood Reporter.

From Sidelines to Spotlight