How to Maximize an Internship

6 students get the most out of their internships 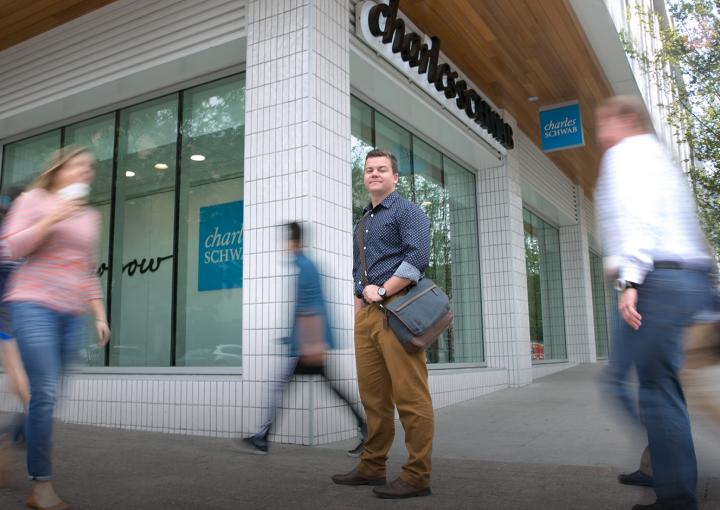 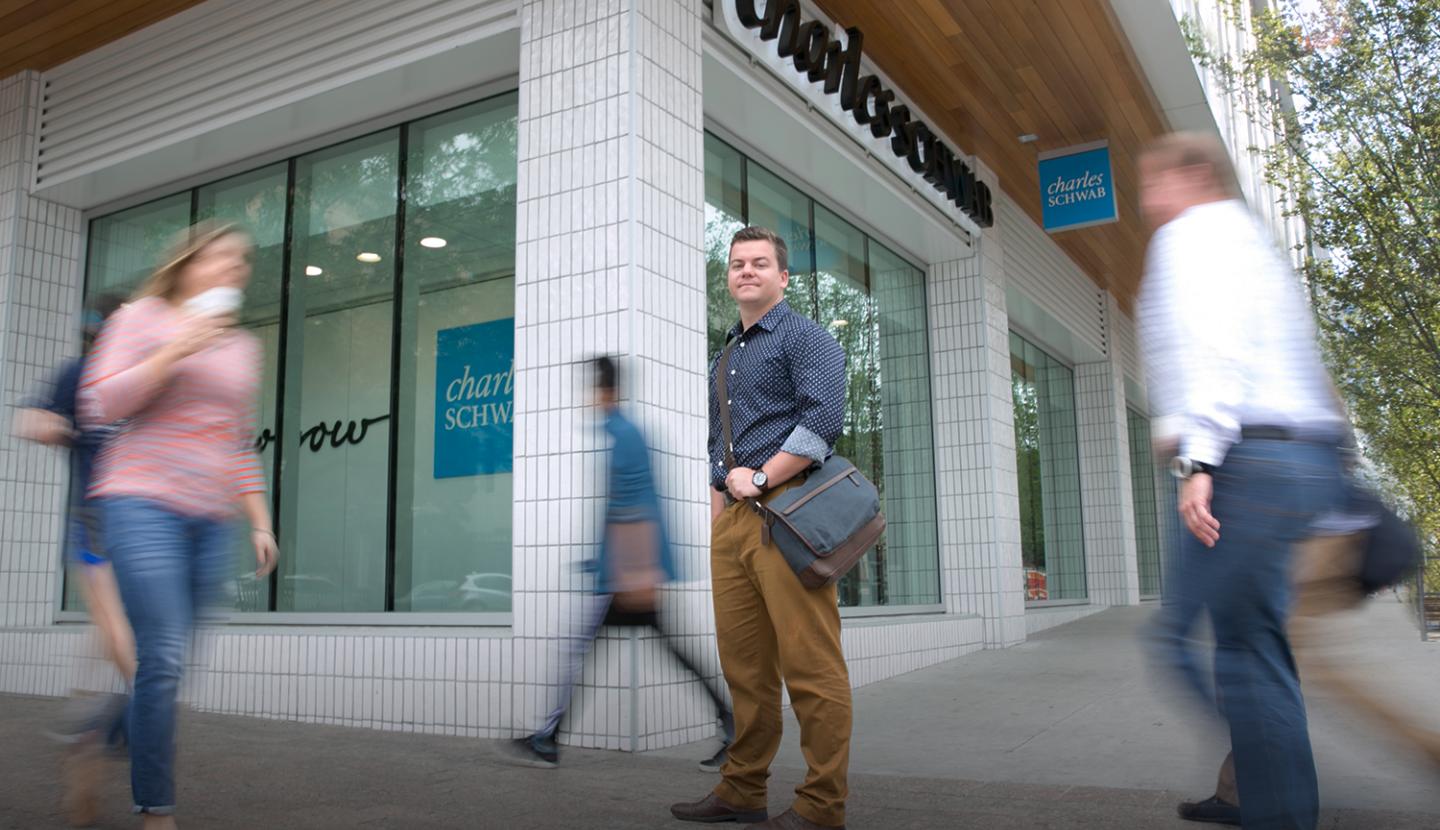 Forget making coffee and filing papers. Interns from St. Edward’s take on real responsibilities and contribute their own innovations to the workplace. They build relationships with mentors and experts in their field, connections that are as valuable as the skills they learn. Below, six students share what their internships have taught them about their chosen profession — and themselves. 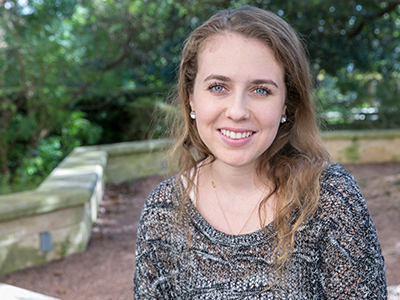 Internship: Blue Sky Abilities, which provides therapeutic services for children and teenagers who have behavioral or cognitive challenges, in Austin

What I do most days: I do group counseling and one-on-one mentoring with both young children and teenage girls. I pick the kids up, bring them to the day’s program — like a free event at the children’s museum for the younger kids, or a talk-based session for the teenage girls — and then take them home and tell their parents what they’ve done that day.

How I changed: When I started the internship, I wanted to work with the younger kids because I thought I could relate better to them than the teenage girls. But after doing this work, the teen group has become my favorite. I’ve been an intern for the adolescent psychology class for three semesters now, and I’ve discovered that I want to work with adolescents. 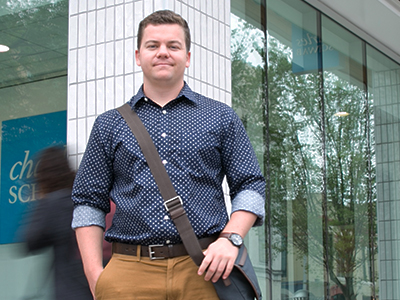 What I accomplished: Our team had seven weeks to develop four projects, one of which was improving how the website displayed user accounts. For each project we’d brainstorm for a day, then research the project’s feasibility, build a prototype and deliver a presentation at the end of the summer. At the end of the internship we sat down with the chief technology officer and other VPs and executives to get feedback.

My takeaway: Our supervisors encouraged us to do informational interviews within the company to learn about different career paths. You could contact everyone from new hires to Charles Schwab himself. I got some great career direction from those interviews. 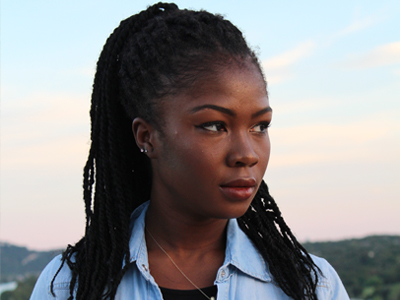 What I do most days: I log interviews, which helps the journalists editing the video find the quotes they want to use, and I go out on assignment with reporters. And I do research, like compiling financial numbers into a spreadsheet for an investigative piece we’re doing about school fundraisers. I also work on my own packages, which entail writing the script and shooting and editing video.

How I got my internship: My advisor at Hilltop Views (and the associate professor of Journalism), had a Facebook group that included journalism jobs and internships, and she posted the internship with KXAN. The description said you needed broadcast experience, which I didn’t have — I’d been writing for Hilltop Views — but I applied anyway. When I met Josh Hinkle, the KXAN reporter who leads the internship program, it turned out that he is an adjunct professor at St. Edward’s, teaching broadcast journalism. I interviewed with him the Friday before classes started, and my internship began two weeks later.

My takeaway: I’m creating my own reporting package, where I remake an actual story a KXAN reporter did about assaults against police on Sixth Street. I shoot the video as though I’m reporting the story, so I can show the clip to future employers. Shadowing the reporters has confirmed that I want a career in broadcast journalism. 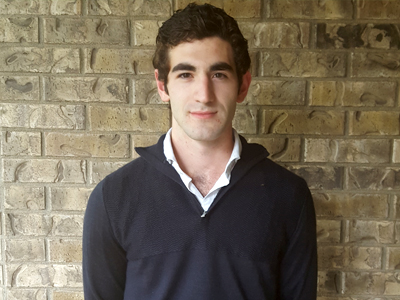 What I accomplished at my first internship: At VisionEdge, it was just the president of the company and me, so I ran marketing campaigns, arranged meetings and wrote proposals for her speaking engagements. It helped me understand what’s required when you’re a business owner running a small company.

What I learned at my second internship: One of the new skills I’m developing is management. Our department has three interns including myself, but our supervisor is based in Washington, D.C. and is very busy. I’ve taken on a leadership role with the other two interns because I have more experience. I’ve been managing projects related to a conference some members of the company are attending in D.C. — sending invitations, creating content for marketing collateral, ordering equipment for our trade show booth, and developing social media strategy.

My takeaway: The real value in internships is learning from the executives or leaders who are your mentors — watching how they work and talking with them about the business. 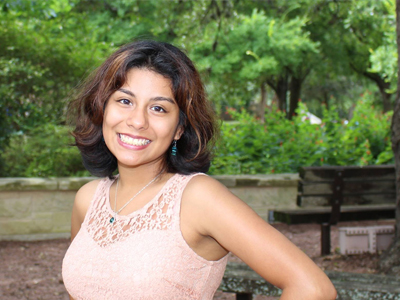 My takeaway: The internship was through HACU, the Hispanic Association of Colleges and Universities, and for the first time outside my family, I was immersed in a Spanish-speaking environment. Before last summer, I knew I wanted to get a law degree, but the internship helped me confirm that I want to work with low-income Hispanic workers in my legal career.

How my English major helped: The daily translation work required a lot of basic grammatical skills and understanding of how a sentence comes together. But the internship helped me realize that my major has given me the ability to write with the big picture and target audience in mind. I was paired with a coworker who spoke Spanish but wasn’t much of a writer, and I suggested that before we proceed with our translations we meet with upper management to learn about pension law and what the organization does. After that we were both able to do better work. Being an English major has helped me focus on the details, like the grammatical work, as well as realize the larger purpose of my writing. 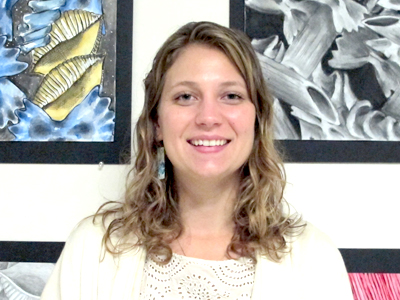 How student teaching works: Student teaching follows a bell curve of responsibility: You start off observing, and then you lead a lesson or teach one day a week. Then in the middle there are several weeks called Total Teach, where you run the classroom, and then at the end you’re winding down again. For my Total Teach weeks at the Ann Richards School, I’m doing an experimental drawing curriculum I developed based on a Drawing 2 class I had at St. Edward’s with Assistant Professor of Art Alexandra Robinson. The students are going to draw with a blindfold on, with their non-dominant hand and with their toes.

My mentors: I’m fortunate to have met some good mentors during student teaching and the two semesters of observation and practice teaching that St. Edward’s requires beforehand. Some of my placements in these experiences were with St. Edward’s graduates, and I have a good network of art teachers I can call when I start my full-time job next semester and I encounter a situation I don’t know how to handle.

My takeaway: While individual students can be difficult, the biggest challenge is being the very best person you can be for 9 hours a day, and then going home and still having the energy to do all the other things you need to do in life. But the relationships you build with the students make the sacrifices worthwhile.

Our Amazing Year on the Hilltop