This is an introductory paragraph. It is a bit different from other paragraphs on the page -- the ones that display using regular body text -- because it is the first paragraph. Also, the font is larger. I made the text like this by selecting the text in the editor, then using the Styles pull-down menu to select "Intro".

This is a new sentence.

Using the Intro Paragraph style is a best practice for our website and using it will help your pages align with the design concepts illustrated on our Brand website.

This part of the page breaks down into two columns. You will often need to create a layout that has a number of columns.

In typography and web design, a column is one or more vertical blocks of content positioned on a page, separated by gutters or rules. Columns are most commonly used to break up large bodies of text that cannot fit in a single block of text on a page. Additionally, columns are used to improve page composition and readability.

In web design, columns are often used to separate primary content from secondary and tertiary content. For example, a common two-column layout may include a left column with navigation links and a right column for body text. One method of creating columns for the web is to place text within an HTML table element, often with the border set to zero. However, this method is considered outdated and inaccessible to some. Another method includes using CSS to either float or position the corresponding text. These methods were not as straightforward as using HTML tables, which made a tableless three-column layout a sort of holy grail once these techniques were discovered in the early 2000s.

Here is an edit.

Bootstrap’s grid system uses a series of containers, rows, and columns to layout and aligns content. It’s built with flexbox and is fully responsive. 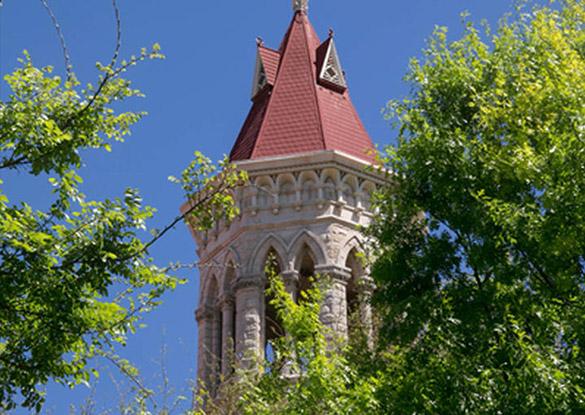 This is an aside

An aside is a container with a lightly-colored background that highlights a key piece of written content, and can also be configured to display an image or launch a video.

Alex Boylan, host and executive producer of The College Tour, shares his first impressions about the campus and students of St. Edward's University.

The people of St. Edward’s do remarkable things — a team of success coaches, academic advisors and mentors support students in achieving their goals. Professors and students collaborate on meaningful research. Alumni help students land life-changing internships and jobs. And the whole community contributes thousands of hours to service each year.

It's important to remember that headings don't just make your text bigger. Headings help in defining the hierarchy and the structure of the web page content.

An accordion is a menu that serves as a secondary set of navigation for the page. It is used to show (and hide) content, where clicked headings open a drawer to reveal detailed content.

From a design or content perspective, accordions allow editors to add more content to the page while keeping the length of the page short, and reducing scroll.

When used effectively, accordions allow users to get the big picture before diving into more specific content.

This is my text