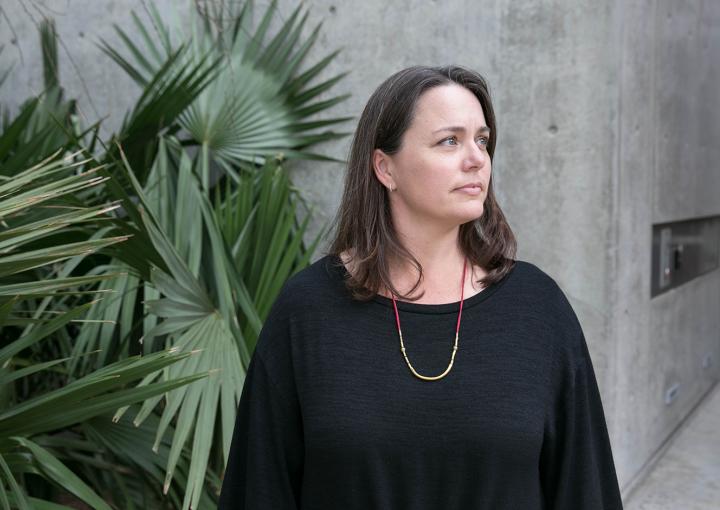 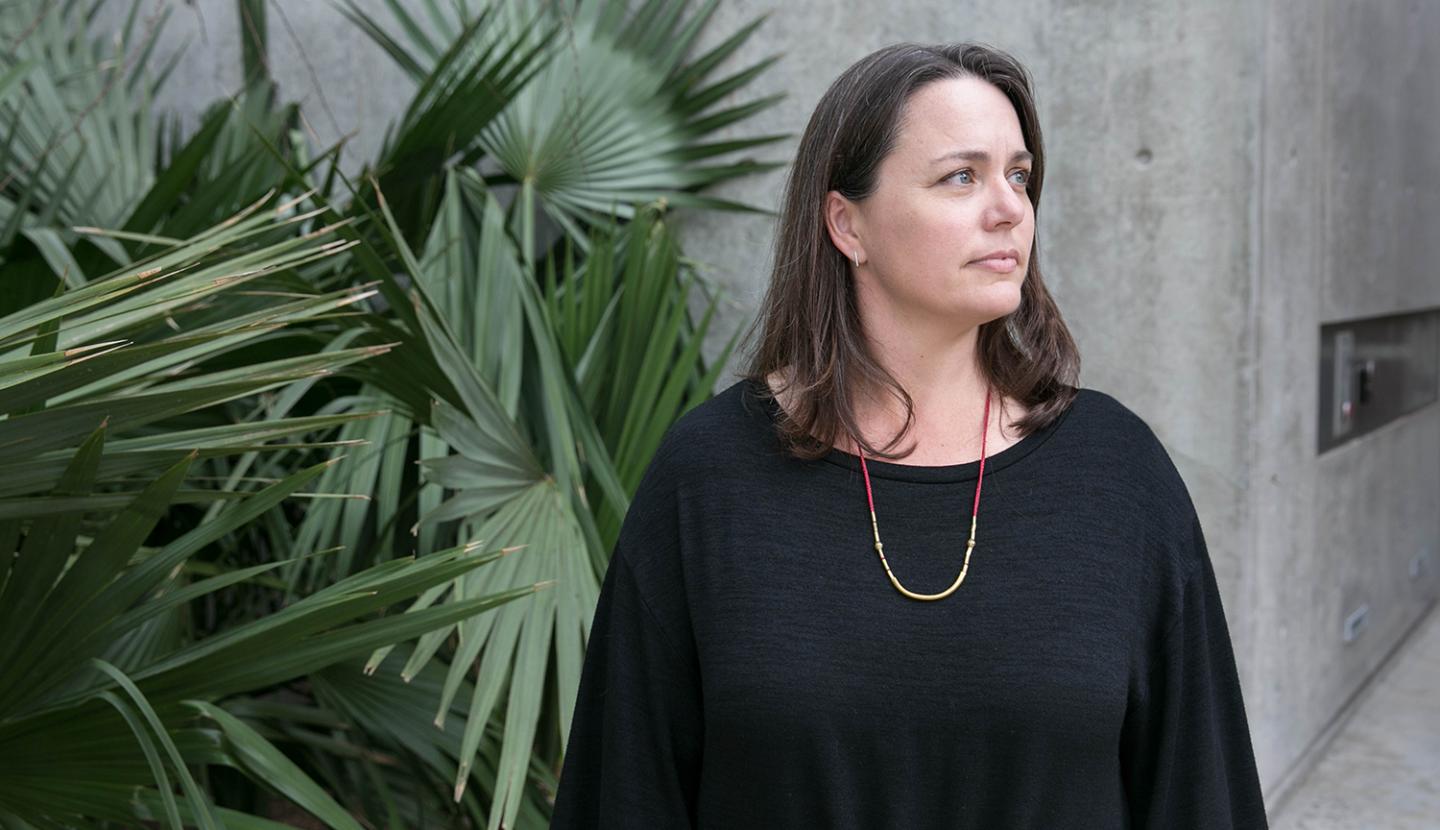 In Spanish, they are called hieleras — ice boxes — and Assistant Professor of Social Work Laurie Cook Heffron knows them well, even though she's never visited one. Concrete holding cells kept near 70 degrees, hieleras dot the U.S. border with Mexico and are the first stop for immigrants apprehended crossing into the country illegally. The detainment facilities are uncomfortable at best, traumatic at worst, for people who've spent arduous weeks enduring triple-digit desert temperatures. 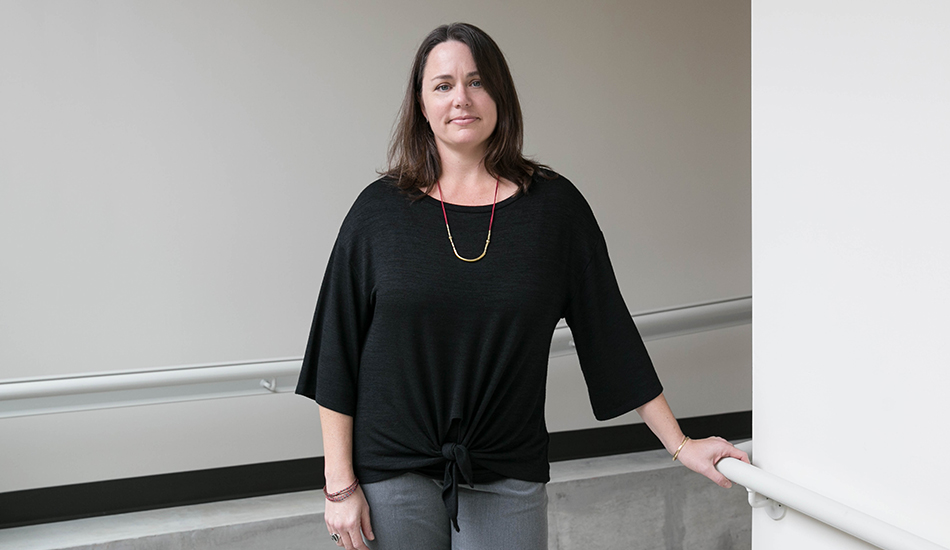 As an expert in immigration, forced migration, human trafficking and violence against women, Heffron interviews women and children once they are transferred from the hieleras to a longer-term family detention center. She learns their stories so she can help those who have experienced domestic abuse, sex trafficking or other kinds of exploitation make their case for asylum. Frequently, she collaborates with immigration lawyers by providing expert testimony or a written statement for the court.

“Between the situations they have left behind, the migration journey itself and the time spent in custody, the women I meet are often very traumatized,” says Heffron. “While they give their own testimony and are, of course, the experts of their own experiences, I help the court understand their stories in the broader context of trauma and the dynamics of abuse and violence.” Heffron also answers questions the court might have, like why a survivor didn't seek help from police in her hometown or why she couldn't find safety elsewhere in her country.

How She Helps Survivors

Heffron brings a mixture of social work expertise and public policy knowledge honed during nearly two decades leading the fight against human trafficking in Texas. Her research — which ranges from assessing refugee women's needs to helping launch the Texas Slavery Mapping Project — has been funded by (among others) the U.N. High Commission on Refugees, the U.S. Department of Justice and the Texas governor's office. She is a founding member of the Central Texas Coalition Against Human Trafficking and serves on the advisory board of Austin-based Allies Against Slavery.

Most of the women and children she helps crave an understanding of what the future holds. “What we know about treating trauma is that information helps people feel safe,” she says. “I tell them exactly what’s going to happen — tomorrow at 2 p.m., next Monday at noon, in three to six months, or whatever specifics I have.” She also helps them cope with the stress of incarceration. The detention centers are “the antithesis of trauma-informed settings,” she says. “They are operated by for-profit private prison companies and feel like prisons, despite the fact that they aren't filled with criminals, but with people who have fled violence and persecution and have credible asylum cases.” 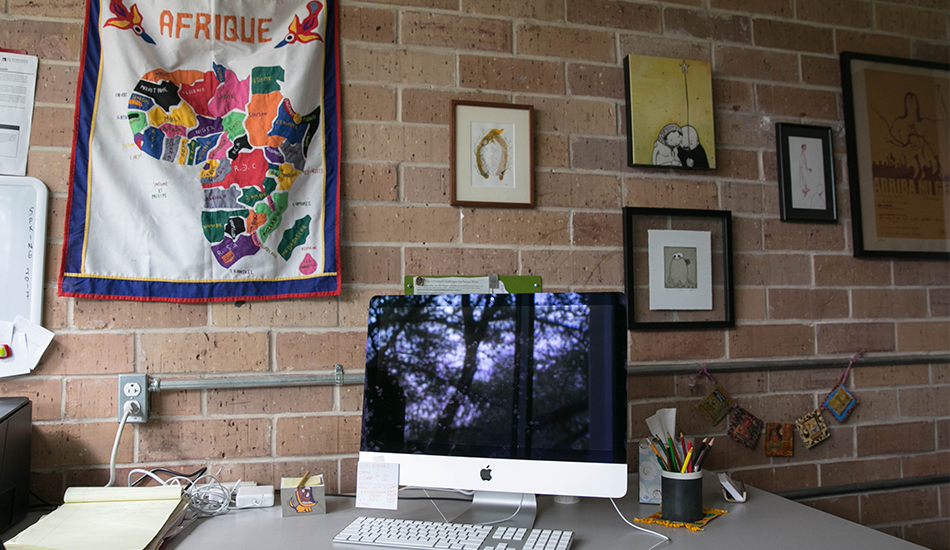 How She Involves Her Students

This semester, she launched the Social Work Detention Response Team for Social Work majors. A partnership between the School of Behavioral and Social Sciences and graduate students in the School of Social Work at the University of Texas at Austin, the response team meets monthly with immigrants at a family detention center in Karnes City. New members shadow someone who has been before, and then the students pair up to complete intake paperwork, identify social and legal resources, consult with immigration lawyers — and get real-life experience practicing the trauma training they have studied in the classroom. They also get a firsthand look at broader policy issues like the efficacy of the for-profit prison model and how social workers collaborate with community organizations.

The commitment to social justice that Heffron sees in her students — those on the response team as well as those she teaches and advises as director of field education — “pushes my own thinking and understanding,” she says. “They tackle such tough issues with an amazing level of creativity and innovation.”

How She Stays Motivated

Heffron is working on other ways to engage her students. She’s partnering with the National Latina Network to interview immigrant women and research how they integrate into the community (and avoid further exploitation) once they are released from detention. She has also co-authored Human Trafficking: Applying Research, Theory and Case Studies, a textbook that Sage will publish in May.

Heffron knows that every immigrant she meets faces a potentially dire situation if denied asylum or deported. “It can make you feel really heavy sometimes, but the resilience of the women I've encountered keeps me committed — they are tremendously courageous and strong in their efforts to find safety for their children and themselves,” she says. “I also focus on all the dedicated people I know whose effort and energy is slowly moving social justice forward. Reaching out to them and expressing gratitude for their work inspires my own.”