A 21st Century Illuminated Bible Makes Its Sojourn to St. Edward’s This Year

Donald Jackson, scribe to the current Queen of England, long dreamed of creating a modern illuminated Bible — one in which the text is accompanied by original artworks and calligraphy. A priest from Saint John’s University in Collegeville, Minnesota, shared that dream, and the two connected and eventually spent 15 years working with artists and calligraphers to create a handwritten illuminated Bible that would resonate with people of all faiths in the 21st century.

This year, a high-quality art edition of The Saint John’s Bible will be at St. Edward’s University. The Bible is available for viewing at the Munday Library on campus. Different pages are displayed from week to week. A series of events throughout the year will make the Bible even more dynamic and interactive. 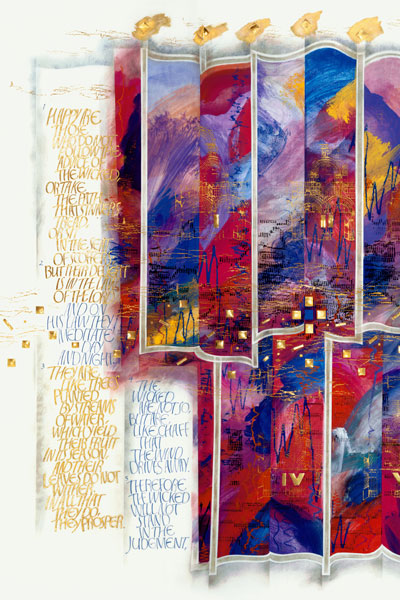 The Saint John’s Bible divides the books of the Old and New Testaments into seven volumes. The first volume, called the Pentateuch, contains the first five books, beginning with Genesis. Its arrival was celebrated during the Mass of the Holy Spirit on Aug. 25.

Father Michael Patella, OSB, professor of Theology at Saint John’s University, discussed the origins, development and impact of The Saint John’s Bible on Oct. 2 as part of the Most Reverend John McCarthy Lecture Series.

On Nov. 16, the St. Edward’s Masterworks Singers perform at St. William Catholic Church in Round Rock in a fusion of song and projected images from The Saint John’s Bible that will breathe new life into the Word of God.

Four courses this fall are incorporating the Bible. A theology class is exploring sacred art and religious texts. A literature course is using the Bible as a springboard for studying biblical narratives in literary works such as Paradise Lost, Frankenstein and Their Eyes Were Watching God. In a graphic design course, students are creating a prototype for a mobile app to read The Saint John’s Bible. And in an Honors course, students are comparing the illuminated manuscript with a regular print version of the Bible. 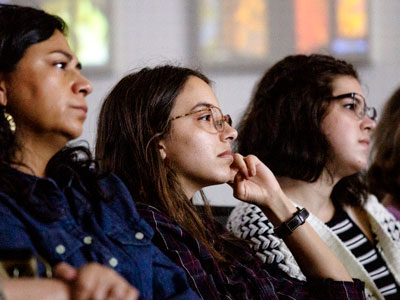 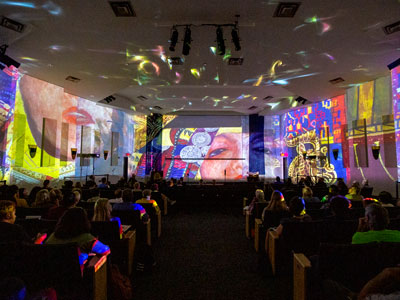 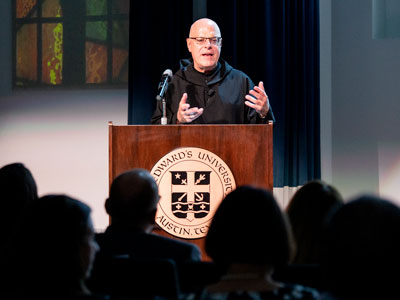 In the spring, the exploration starts anew with the arrival of the volume containing the Gospels and Acts, which will replace the Pentateuch in the Munday Library. Images from the other five volumes will be woven into the university’s classes and programs. 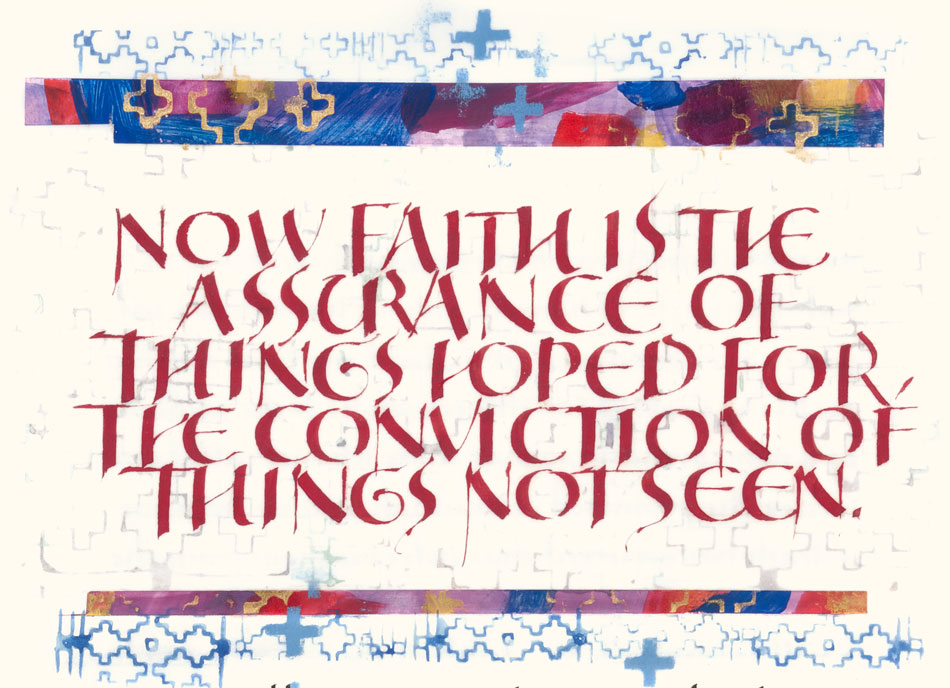 How St. Edward’s Prepares You for Success