Students and Professors at St. Edward’s Show You How 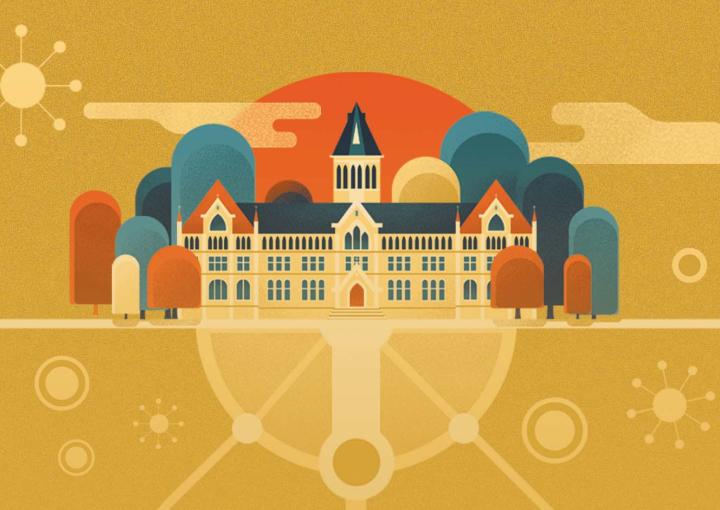 St. Edward’s emphasizes the power of its community and the strength of its network. But what does that look like in the real world? We asked students and professors to tell us about ways they turn connections into opportunities. 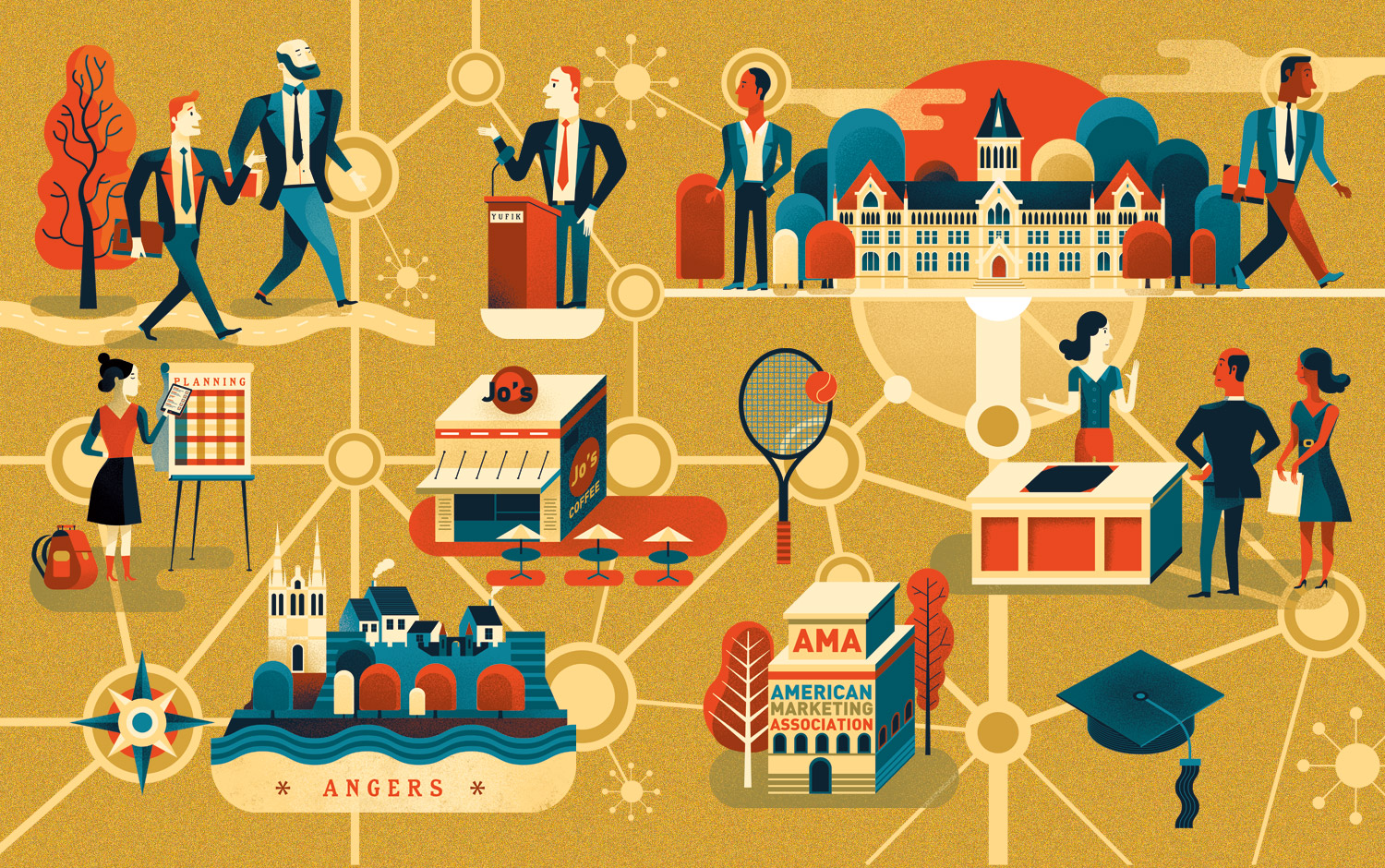 When Nicole Seligman ’12 was a student, she knew that Visiting Instructor of Writing and Rhetoric Beth Eakman wanted students to thrive in her classes — and beyond them. Eakman spent hours teaching students the nuts-and-bolts tactics that would help them land jobs in the publishing world. She brought young professionals into her classroom who could share their experiences transitioning from students to working writers and editors. When Seligman asked for help sharpening her résumé and cover letter for an internship, Eakman spent more than an hour helping her make it perfect. And Eakman was a champion of Seligman’s blog, Feel Good, Dress Better. Such support cemented a genuine relationship between the two that continues today. 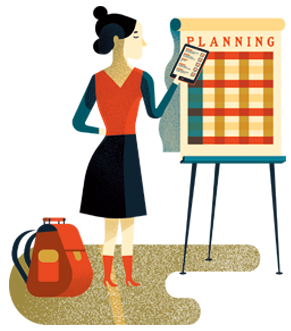 Seligman attributes Eakman’s teaching and support as a key reason she is now executive editor at Junebug Weddings, an online wedding planning site known for its strong editorial work. “Beth was just such a huge resource and advocate for me,” Seligman recalls.

Now Seligman is paying it forward. She is a regular visitor to Eakman’s classes, where she shares her best advice about landing publishing jobs and mines the classes to find talented interns for her team at Junebug. “I know [students from St. Edward’s] are going to be capable,” she says of the university’s deep talent pool. “Hiring other [Hilltoppers] has been really fun.”

Seligman and Eakman represent just one tiny piece of the power of networks and community at St. Edward’s. The small but mighty campus helps students truly get to know faculty and staff members. These deep and genuine relationships allow Hilltoppers to make the connections they need to find the perfect club, tackle interesting research, land great internships and get meaningful jobs after graduation.

In a world that values who you know almost as much as what you know, St. Edward’s is making sure that students graduate with both the knowledge and the network to succeed.

Developing a meaningful network of people willing to help advance your career takes more than clicking a button to accept a LinkedIn request or sending a generic application to a general email address. Instead, it starts with a real human connection.

Just ask Jack Musselman, director of the Center for Ethics and Leadership and associate professor of Philosophy. Earlier this year, for example, Musselman was working in his office when an admission representative, a mom and her prospective-student daughter stopped by. They had a few questions about majors and law school.

Musselman, who teaches a popular philosophy of law class and frequently works with current students who plan to attend law school, was happy to help. He spent nearly 20 minutes with the trio, walking them through important considerations and printing out a few documents he’d developed for the most common questions he answered. 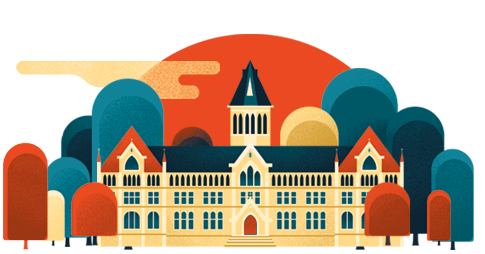 frequency of such interactions, both with current students and prospective ones. And it’s in those conversations — illuminating, vulnerable and real — that Musselman gets to know the students, their dreams and their goals.

That genuine connection makes it easier for Musselman to make recommendations and assist a student who is ready to take the next step, which might include connecting the student to one of the dozens of lawyers he knows personally. “You’ve got to believe in teaching and talking to the whole person,” says Musselman of his philosophy about working with students. “On the practical end, that means putting in the time.”

Such work is possible, he says, because St. Edward’s is a small university that emphasizes the value of personal interactions. Class sizes often hover around a dozen, and “close-knit” is one of the most frequently applied descriptions of the community.

Even more than that, there is an ethos of advocacy, mentoring and compassion among professors and administrators who see themselves as doing more than simply filling a professional role. They see students as more than a number or a grade.

Associate Dean of Students Connie Rey Rodriguez ’04, MAHS ’06 knows the truth of that statement both as an alumna and as an administrator. As a student, she appreciated how often she saw administrators and professors outside their offices and classrooms and engaged in the many facets of the St. Edward’s community. Today, she models that in her own work. “I play intramural basketball with the dean of students [Steven Pinkenburg], and I’m often in one of the dining halls for lunch,” she says.

Her deep familiarity with campus means that she can provide the kind of support that really helps. For example, when a transfer student recently came to her office with questions, she was quickly able to find him an intramural sport he was interested in joining — along with the name of someone who could connect him to a comic book club. “It’s not just that we want students to see us out [on campus],” she says. “It helps us to understand what’s happening,” says Rodriguez. 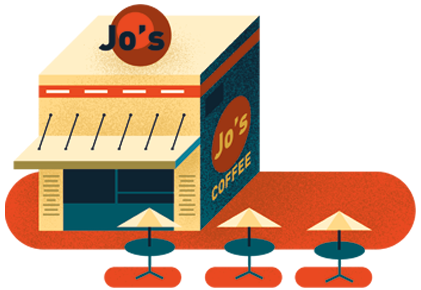 Amy Adams, an adjunct instructor of Rhetoric and Composition, agrees that there is real value in integrating herself into the community. Students find her in her classroom, but they’re also just as likely to find her conducting office hours at Jo’s Coffee, sitting in the bleachers at softball games, and even doing a fashion shoot for Cabra, the school’s digital fashion magazine. When it comes time to write one of countless recommendation letters for her students, she draws on these experiences to paint a fuller and more vibrant

picture of each student she’s endorsing. “I’m a champion of these students,” she says.

Mary Kathryn Cook ’17 felt adrift when she sank into the red leather chair in Steve Rodenborn’s office in the spring of 2016. Cook, a double major in English Literature and Catholic Studies, had no idea what she was going to do after graduation — and she felt like all her peers had figured it out. She hoped that Rodenborn, whose charisma in the classroom had helped persuade her to add Catholic Studies as a second major, might be able to guide her.

Rodenborn, who is an associate professor of Religious Studies, didn’t have answers, but he did have questions. After 30 minutes of gently prodding her about what excited her, what she’d done so far and what she didn’t want to do, Rodenborn helped her see clearly that grad school — a common path for students like her — was not in her future. “I wanted to go and serve in the world,” she wrote in a blog post about that conversation. “I didn’t want to resign myself to writing papers about serving the world.”

Rodenborn suggested that she look into Jesuit Volunteer Corps (JVC), a year-long service program she’d never considered. For Cook, it was a life-changing moment — she was later accepted into both the 2017–2018 and the 2018–2019 JVC program.

For Rodenborn, it was all part of his role at St. Edward’s. “Oftentimes, you get to a point [in conversations like these] where a student’s face lights up,” he says. “When that happens, my job is to be a mirror for students, and to help them see where they need to go. If it’s an area that’s in my discipline, I can help identify options, and if it’s not, I can suggest another professor who can.”

Rodenborn says such moments can feel magical — and they’re one of the essential ways that St. Edward’s faculty members serve their students. “If [students] don’t have the experience yet, they can’t know what opportunities are out there,” he says. “Faculty can say, ‘You don’t know about this yet, but look into it. You might find that it’s what you’ve always wanted to do, you just didn’t know it existed.’”

Asking for help isn’t always an intuitive idea for students, who arrive at St. Edward’s with intelligence and drive that has often allowed them to succeed in their previous endeavors through sheer force of will. Vice President for Student Affairs Lisa Kirkpatrick says there’s often an “unlearning” process that students go through as they transition from trying to do everything themselves to building meaningful and powerful alliances with faculty, staff and other students. “When I talk to freshmen, I say, ‘You think you came to college to learn how to do everything independently,’” she says. “But eventually, students realize that it’s not about learning to do everything alone and by themselves. It’s about realizing that they need other people along the way,” she says.

Kirkpatrick, for example, has done extensive preparation with high-achieving students seeking jobs. She’s done mock interviews with them, helping them tweak their answers and their delivery so they can make the best possible impression. She’s advised others on professional dress, leading with self-confidence and respectfully engaging with people in higher-level roles.

There is no exact template for these kinds of teaching moments, says Kirkpatrick, nor should there be. Instead she tries to deeply understand where a given student is at, how she can help and what that support might look like. “It takes all of us here at St. Edward’s to make sure that students get what they need in the right place at the right time,” she says. “The overarching goal is to understand what each person brings to campus, and provide the personalized education that prepares them for doing good in the world.” 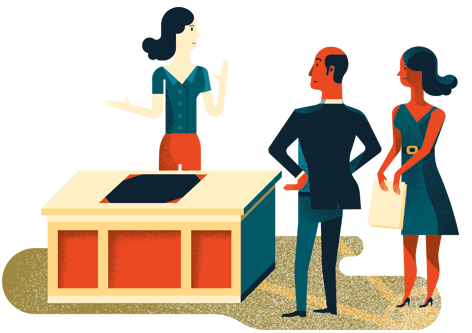 Sometimes, the support that students need is not seeing an array of new options or learning the technical skills to achieve a goal. They just need the reassurance from others that what they’re aiming for — the fellowship, the internship, the name-brand graduate school, the job — is well within their capabilities.

“Students can be quite humble,” says Rodenborn. “Sometimes they need for us to confirm that these world-class opportunities are the ones they should be shooting for,” he says. “We can tell them: ‘We know what it means to go to these programs and who they will accept. You are that student. You are ready for this.’ When they hear that, they really go for it. They just need a few people to say that they can do it.”

Built for a Lifetime of Support

St. Edward’s is purpose-built to foster the kind of meaningful connections that help students make the most of every minute on campus, and those relationships rarely end when students toss their caps at graduation. 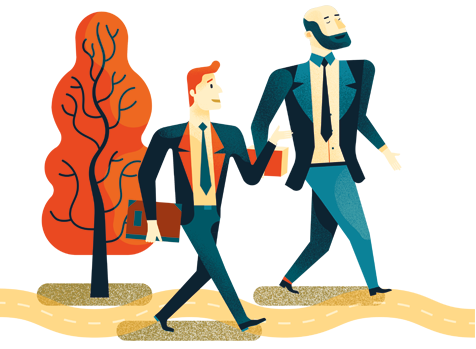 Eakman, for example, invites all of her students to friend her on Facebook once they graduate. They frequently share job opportunities with her that she passes along. “Our alumni often actively recruit our grads because they know how rigorous the writing major is and how well it prepares them for professional writing jobs,” she says, noting that companies including National Instruments, Junebug Weddings and War Games Video Games have hired a series of St. Edward’s alumni. “There are entire lines of Hilltoppers who’ve been recruited and hired by Hilltoppers.

Often, alumni learn to take on that helpful role themselves. In 2012, a student from one of Eakman’s classes created an Eakman Alumni Association Facebook group. Now boasting more than 100 members, it’s a hub for alumni seeking and offering jobs in publications and communications.

Eakman is delighted by all of it — and she loves that it’s all part of being a Hilltopper. “There’s a real sense of community here,” she says. “Helping one another is part of the soul of this university.”