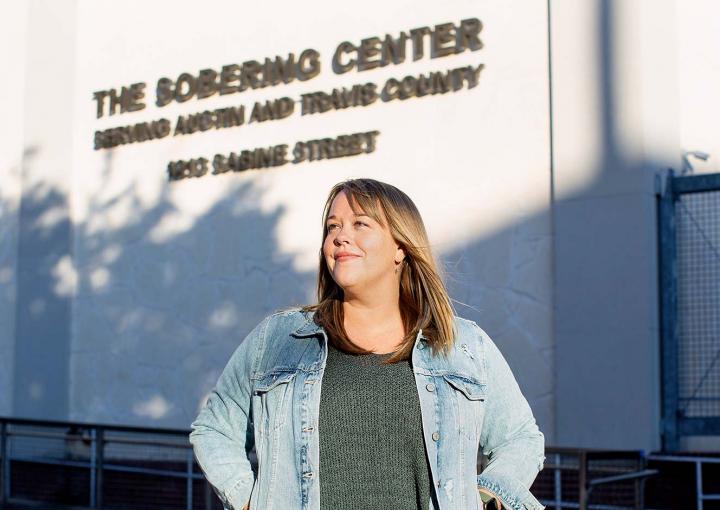 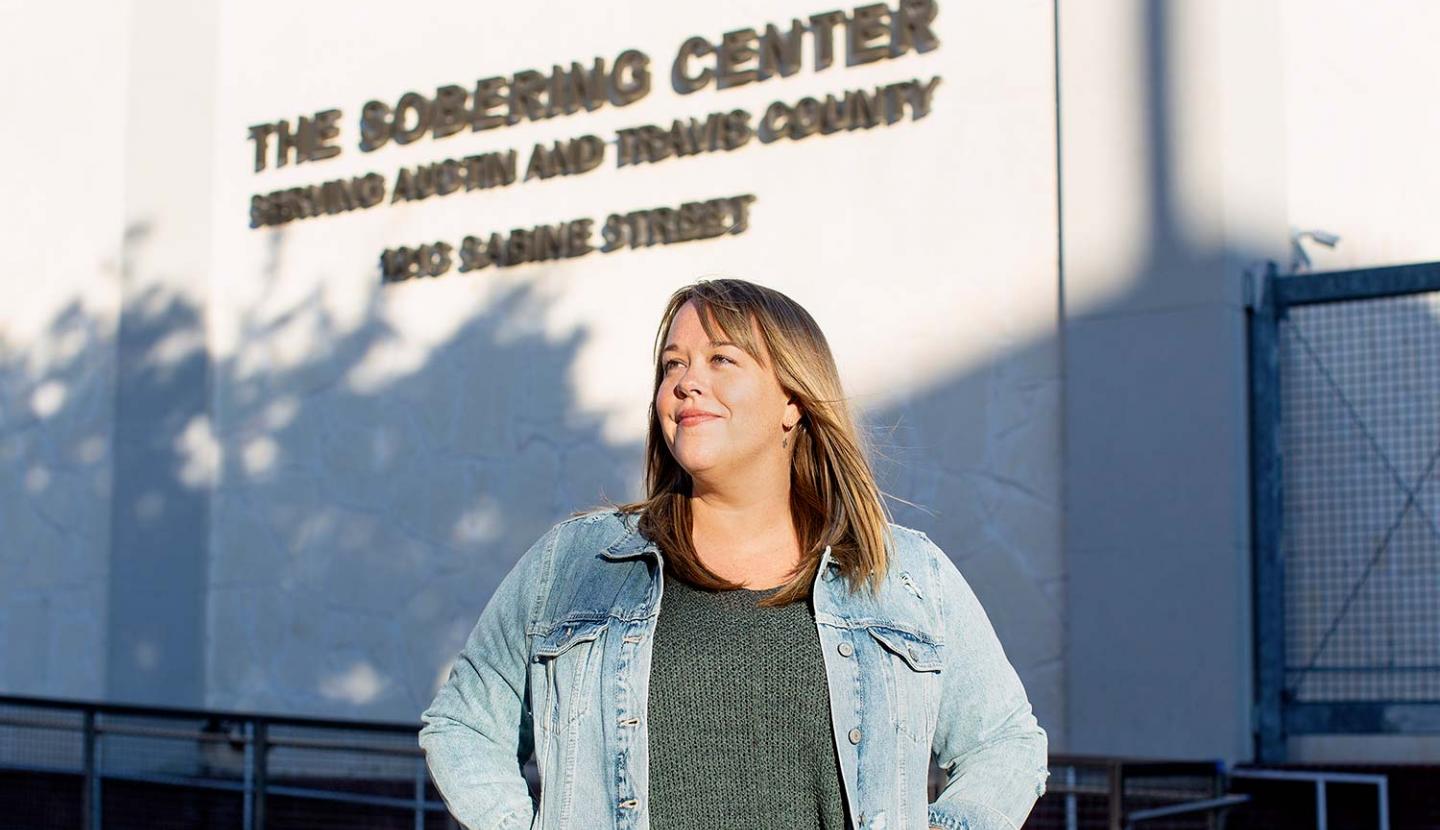 Meagan Biscamp ’19 first encountered the vast social services system when helping a friend. As a Social Work major, she harnessed her power to enact change.

Homeless, addicted and reeling from an HIV diagnosis, Meagan Biscamp’s friend was in crisis. Family and friends stepped in to help. “It took four people making lots of phone calls, standing in lines and waiting for appointments to get him the treatment he needed,” Biscamp says. “The entire time I was wondering what people do, who don’t have that support.”

That was when Biscamp saw the power of social work.

Biscamp, who returned to St. Edward’s at the age of 35 and graduated in December, discovered that there was a great deal of flexibility in a Social Work major. Though most students lean toward the micro side of social work — direct clinical practice with clients — Biscamp was drawn to the macro side, which focuses on policy work and enacting institutional change.

All Social Work students at St. Edward’s complete an intensive 430-hour internship to put into practice the concepts and skills they’ve learned in the classroom. Biscamp was immediately drawn to an internship at the Austin Sobering Center, a safe place for intoxicated Austinites to sober up that’s more recovery oriented than jail. “It felt like the help I had given my friend had come full circle because this was a place where people who don’t have support could get connected to resources,” she says. “It all just made sense.”

Biscamp started her internship by talking with individuals who were sobering up and assessing the resources they needed. She looked at the bigger picture, too, by sitting in on strategic planning meetings to learn more about how the new organization would operate in the months ahead.

Biscamp’s internship coincided with the 2019 Texas legislative session, and in her Macro Systems class she wrote a policy brief about a bill that would directly impact the Sobering Center. Biscamp went to the Capitol to testify before the Senate Committee on Criminal Justice and was elated when the related bill passed into law, which added language to state law to codify the practice of officers releasing individuals suspected of public intoxication to facilities like the Sobering Center.

In addition, Biscamp’s field supervisor, Doug Smith ’94, a board member for the Sobering Center, helped her develop a study in which she examined 114 arrest affidavits for publicly intoxicated people not brought to the Sobering Center or not admitted upon arrival. “She is producing a report on what we can do to better train staff in de-escalation so law enforcement would have greater confidence in bringing a belligerent individual to the center,” Smith says. “She is also looking to increase use of the Sobering Center by identifying cases where it was unclear as to why police took someone to jail [instead of the center].”

Biscamp’s friend was able to get the help he needed at a treatment center in Austin and has since moved out of state to live with other family members. Watching his recovery and working at the Sobering Center have prepared Biscamp to take the next steps in her chosen career. This fall, she’ll start working on a master’s degree in Social Work. Such programs typically require two field placements, but because she has completed one already, Biscamp will be able to finish her degree in one year instead of two.

Assistant Professor of Social Work Laurie Cook Heffron noted that the social work internship is a win for everyone. “With students, we see an increasing sense of professionalism, confidence and empowerment in relying on the skills they have developed,” she says. “We also hear feedback from field instructors about how excited they are to host a St. Edward’s student and how well our students adapt to the field internship.”