An American Dream Begins on the Hilltop

At St. Edward’s, Arrian Ebrahimi ’21 found a microcosm for social justice work. And the college senior is just getting started. 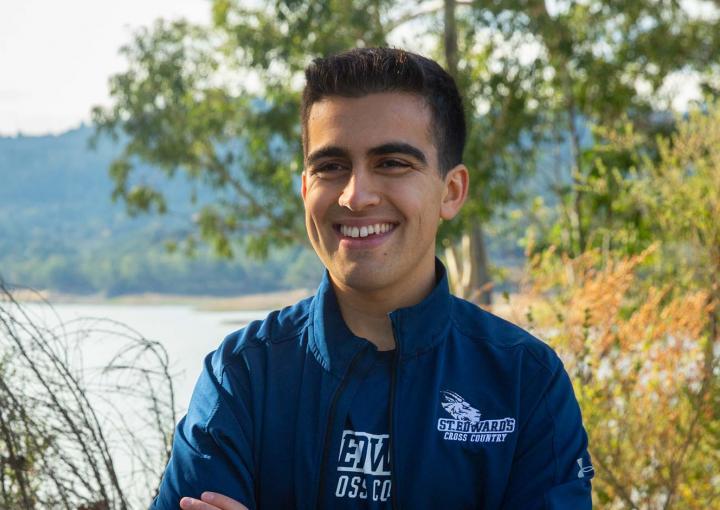 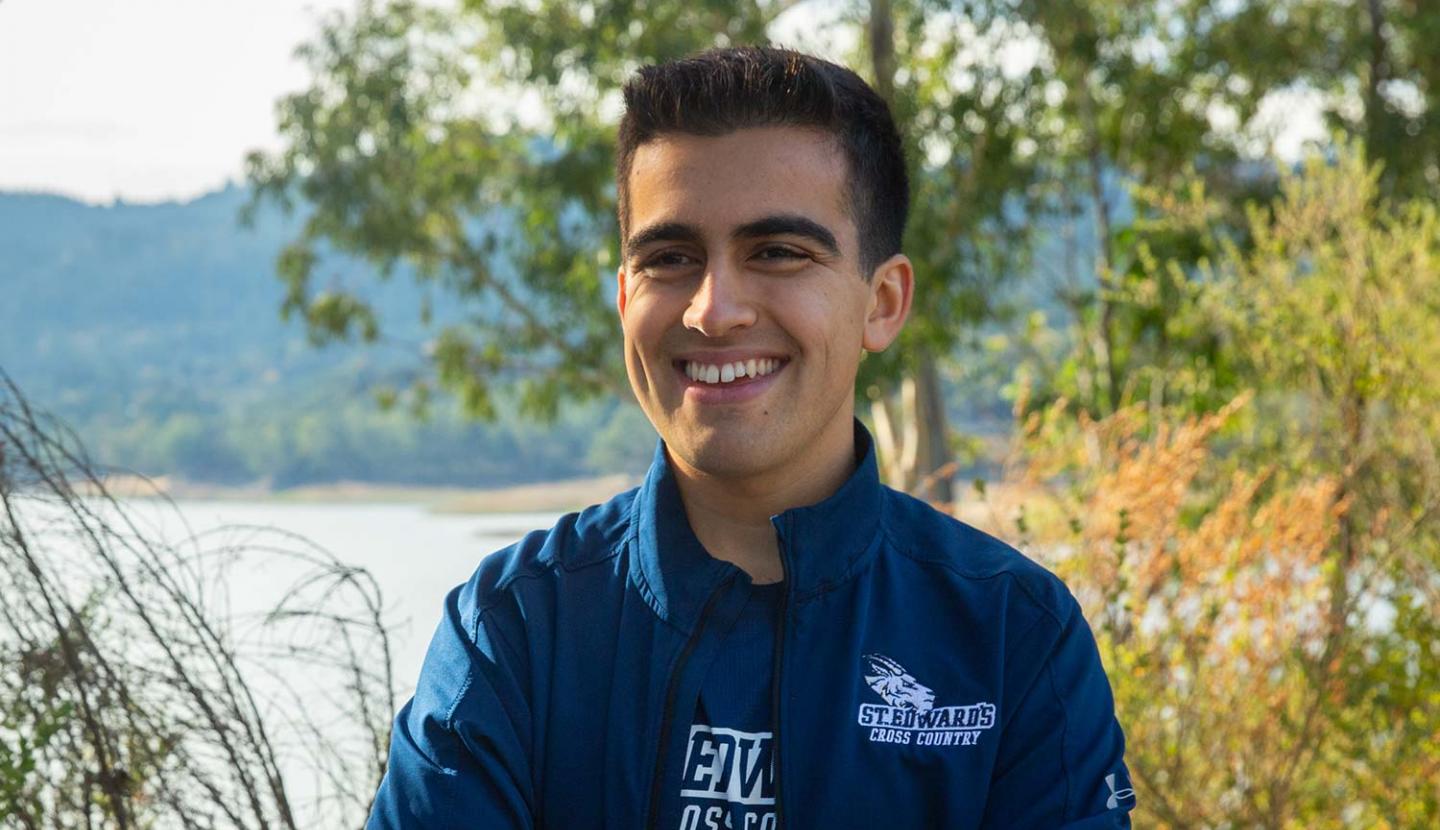 Arrian Ebrahimi ’21 is a creature of habit — even in the midst of a global pandemic that has disrupted the daily routines of students across the globe. Each day, from his family home in Silicon Valley, Ebrahimi wakes up at 4:45 a.m.; goes for a morning run in accordance with the training plan from his St. Edward’s cross-country coach; begins his virtual internship for a Washington, D.C.–based lobbying group by 10 a.m.; and spends the rest of the day alternating between his intern duties, virtual classes and his passion project coordinating educational panels about judicial independence.

“I’ve always sought to be proactive,” Ebrahimi says. “If you want to distinguish yourself, you can’t just rely on other people.”

Ebrahimi has been distinguishing himself from others for years, including from his own family. His father, and the majority of his other relatives, are engineers and encouraged him to follow in their footsteps. Any other career path or fields of study, his father would tell him “in the most fatherly, caring way possible,” may as well have been underwater basket-weaving. But while attending a leadership conference as a high-school student, Ebrahimi was given advice from a mentor that would change the course of his life: “I don’t care if you become the next dot com millionaire or pro-sports athlete. I care if you make a difference in people’s lives.”

“I don’t care if you become the next dot com millionaire or pro-sports athlete. I care if you make a difference in people’s lives.”

As an Economics major, Ebrahimi has challenged himself academically and immersed himself in the study of antitrust law. But it has been his service opportunities both on- and off-campus that have made the biggest impact on his life. 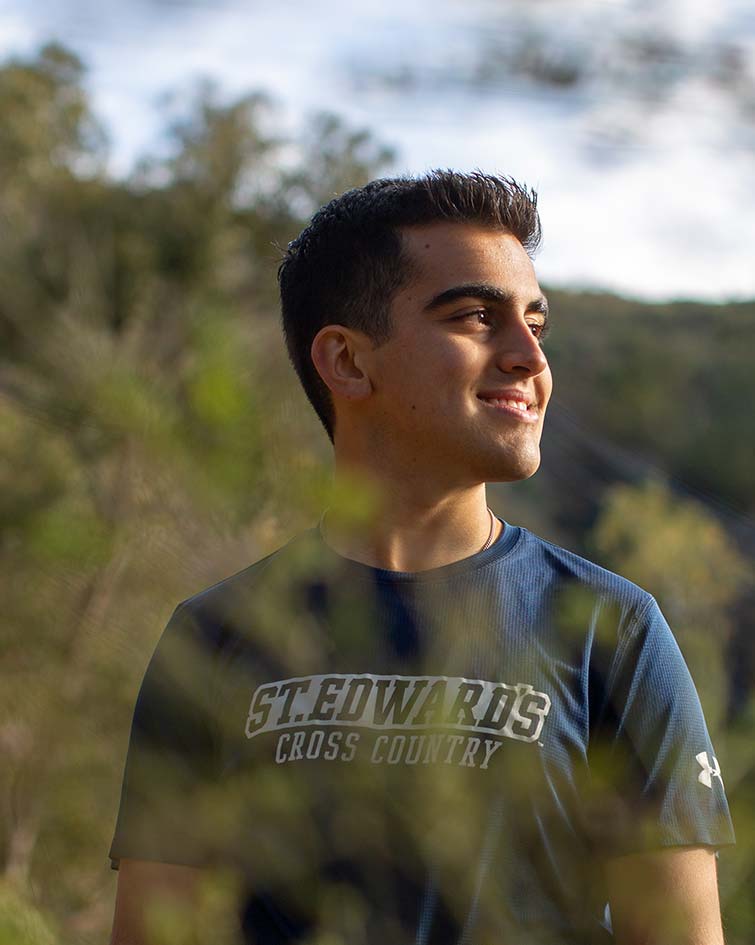 “Service at a school with a Holy Cross focus is like a microcosm for social justice work at the national level,” he says of his involvement with the Student Government Association, as the university has navigated through the Black Lives Matter movement. “It’s forced me to understand how to put myself in other’s shoes.”

Ebrahimi’s ability to practice empathy and play a role in creating community-wide change has been strengthened by his rich and diverse off-campus experiences. Through a combination of guidance from the St. Edward’s Fellowship Office and being proactive, Ebrahimi has interned for law firms, politicians and organizations on Capitol Hill.

Ebrahimi’s experience as the son of Iranian-American Muslim immigrants reminds him daily of the importance of the work he’s doing. His parents fled the Iranian Revolution of 1979, passing on to him painful memories of chaos, confusion and hopelessness. “That mindset has stuck with me since I was young,” Ebrahimi says, “and has instilled in me an appreciation for institutions and their ability to create incremental change.”

He is currently a global policy intern at the D.C.–based Semiconductor Industry Association.  He’s gained real-world experience in one of America’s biggest export industries by examining economic and trade policy, which he became passionate about after taking a course at St. Edward’s on Industrial Organization. “The tech sector is defined by increasing consolidation, so antitrust (and the adjudicative institutions that enforce it) will shape the technological world of the 21st century,” he says. “Antitrust policy will determine what is fair and unfair and how we can regulate monopolies.”

“[A Holy Cross education is] the kind of educational environment that teaches values and welcomes you with open arms."

Despite his internship being virtual due to Covid-19, it’s given him the knowledge and preparation he’ll need to reach his future goals: go to law school, become an antitrust prosecutor with the Department of Justice, and one day, “if there is value for me to provide,” serve his community as an elected official. “It would be the biggest honor I could imagine for the son of immigrants to be entrusted by his community to be a representative,” he says.

In wherever his future might lead him, he plans on carrying the Holy Cross education he earned at St. Edward’s. “It’s the kind of educational environment that teaches values,” he says, “and welcomes you with open arms.