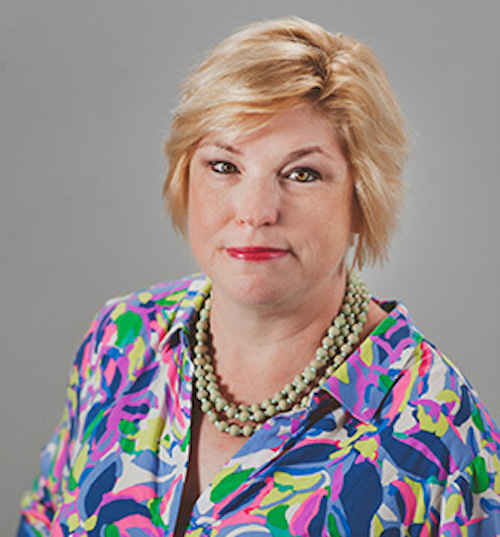 Office Hours
Please contact me via email for this semester's office hours.

Before becoming a professor of writing and rhetoric, I worked for a variety of book publishers as an advertising manager and freelance copyeditor. Whether I'm teaching a grammar course or a class in multimedia writing, I strive to impart a reverence for the diversity of language—and the power of choosing the right approach for any given audience. If you're seeking an internship as an aspiring writer or editor, or you'd like to get involved with a student publication, contact me; I'm the internship coordinator for the WRIT program, and I also serve as the faculty advisor for Arete, our award-winning journal of student research and essays. I regularly teach courses in writing for advertising and public relations; professional editing; creative writing, with an emphasis on fiction; and career preparation.

Professor of Writing and Rhetoric

Ph.D. in English with Concentrations in Rhetoric and Bibliography, University of Texas at Austin, 2010

B.S. in Advertising, University of Texas at Austin, 1989

The Art of Prestige: The Formative Years at Knopf, 1915–1929, University of Massachusetts Press, 2014. Launched in 1915, the Knopf publishing house quickly established a reputation for excellence. In this book, Dr. Clements (the sole author) captures the little-known early history of the firm, from acquisitions to graphic design and marketing, during a vibrant era for those fields. Long before the dawn of digital, founders Blanche and Alfred Knopf crafted a brand strategy that has endured well into the 21st century.

“Young Americans: Transatlantic Connections in the Early Years at Knopf,” a chapter in the peer-reviewed book Modernism and Book History, Lise Jaillant, editor; published by University of Edinburgh Press, 2019

“Thriving Through Disruption: Leveraging Alumni Experience to Support a Liberal-Arts Writing Major,” a chapter in the peer-reviewed book Weathering the Storm: Independent Writing Programs in the Age of Fiscal Austerity, co-authored with Drew Loewe and Mary Rist, University Press of Colorado, 2019

Book Review of Judging a Book by Its Cover: Fans, Publishers, Designers, and the Marketing of Fiction in Papers of the Bibliographical Society of America, December 2009

“Designing the Borzoi: Alfred A. Knopf, Inc., Creates a Brand of Excellence, 1915–29,” Papers of the Bibliographical Society of America, December 2009

The Mabinogion: A Comparative Review of Two Editions of an Ancient Welsh Text. Published in The English Journal (Concordia University), Fall 2004

Book Review of Make It New: The Rise of Modernism, the companion book to an exhibition by the same name at the Harry Ransom Humanities Research Center. Published in The English Journal (Concordia University), Spring 2004.

Co-Presenter: “It’s Finally All Happening! But What Now?: Lessons Learned and Things to Watch for in Revamping an Established Undergraduate Writing and Rhetoric Major.” Association of Rhetoric and Writing Studies Annual Conference, Austin, Texas, 12 October 2018

Panel Chair: “Other Englishes: The Need to Acknowledge and Support Them,” Conference on College Composition and Communication, Houston, 7 April 2016

“Gatekeepers of the Written Word: What Dramatism Teaches Us About ‘Agents,’ Authors, and America’s Publishing Industry,” Rhetoric Society of America, San Antonio, 25 May 2014

“The Borzoi Abroad: Transatlantic Connections and the Founding of Alfred A. Knopf, Inc.,” Society for the History of Authorship, Readership, and Publishing, Philadelphia, 20 July 2013

“More or Less Wicked? Why Wikipedia’s Controversies Are a Boon for the Rhetoric Classroom,” Conference of College Teachers of English, Abilene, 23 February 2013

“The Legacies of Literary Publishing in the 1920s,” Guest Lecture, Master of Science in Publishing Program, University of Houston at Victoria, 14 September 2010