Editor’s Note: Before the harsh impact of Covid-19 upended daily life, we gathered expert advice from our professors for this story on maintaining lifelong wellness. The habits they recommend offer wise support for safeguarding your wellbeing during both normal and challenging times.

When students arrive at St. Edward’s, they know they’ll build the skills they need for a career. What they might not realize is that they’ll be developing, in tandem, the habits that will foster success on campus and beyond.

The need is stark. According to data from the American College Health Association, nearly nine out of ten college students say they have felt “overwhelmed” in the past 12 months; more than one in four say it has negatively affected their academic performance. Two-thirds of students report feeling “very lonely.”

This holistic approach is about more than simply “being healthy,” says Senior Director of Recreation and Wellness Andy Lemons. It’s about giving students the tools to live big lives without compromise. “We want students to be able to take care of themselves so that they can take on their world,” he says.

We asked six professors to share some of their expertise and research on wellbeing, as well as a few of the practical tips they encourage their students to implement. Here’s their advice. 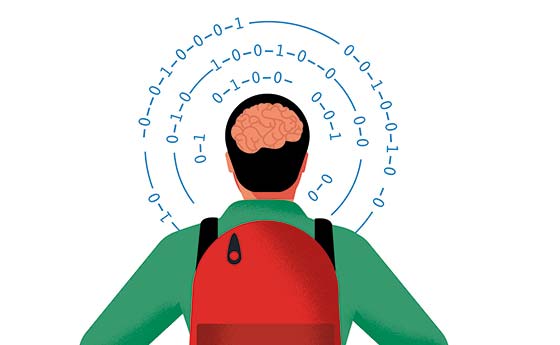 1. Make the most of technology by using it with intention.

In 2014, a study from Princeton and UCLA indicated note-takers using pen and paper retained more information than their counterparts who used computers. It made waves not just in the academic world but in the rest of it, too. Splashy headlines insisted that tech really was ruining us, making us dumber even as it promised to make us ever smarter. The only problem? It’s turned out that subsequent research hasn’t validated those findings. Projects by Associate Professor of Psychology Michael Disch, or example, suggest that we don’t remember information any better when we write it by hand than when we type with a computer. (In certain memory tasks, in fact, people who took no notes at all did better than their note-taking peers.) But don’t toss your keyboard or your notebook just yet. Disch says that the big difference between those who remember information and those who forget it has more to do with mindset than note-taking. “What really matters is that people pay attention and think deeply about the material, rather than letting it go in one ear and out the fingers,” he says. “If you’re just transcribing or mindlessly writing down words, that’s not going to be useful, regardless of whatyou’re doing.” In other words, while you should absolutely take notes at your next important class or meeting, the most important thing to have ready is your brain, prepared to be fully engaged. 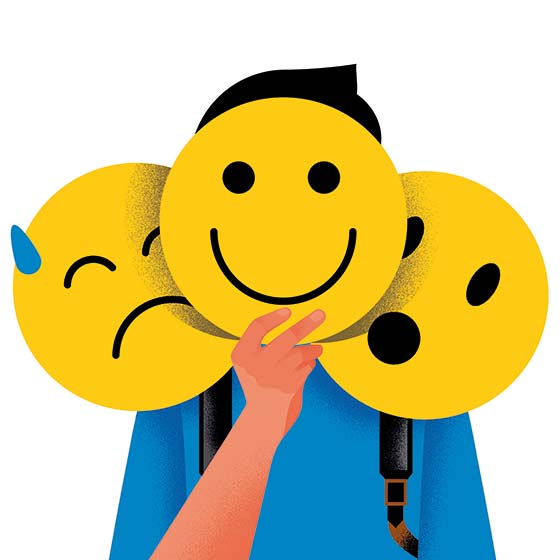 2. Explore emotions beyond those of traditional gender norms.

The messages to boys start early: Man up. Don’t show emotions. By the time they hit adolescence, many have internalized ideas of toxic masculinity at the expense of embracing empathy and compassion. To avoid or misunderstand these emotions is harmful for boys and girls — and, later, men and women, says Associate Professor of Social Work Adam McCormick. By looking beyond traditional gender norms, boys can learn to express their emotions in healthy ways, says McCormick, and ultimately reduce gender violence and the power differential between genders. “The rate of suicide for 17-year-old boys is seven times what it is for girls,” McCormick says. “But we have trouble talking about masculinity and mental health in boys.” We can’t change society’s gender expectations overnight. Still, finding ways for boys to share emotions and transforming ideas around masculinity can interrupt the damaging messages boys receive. 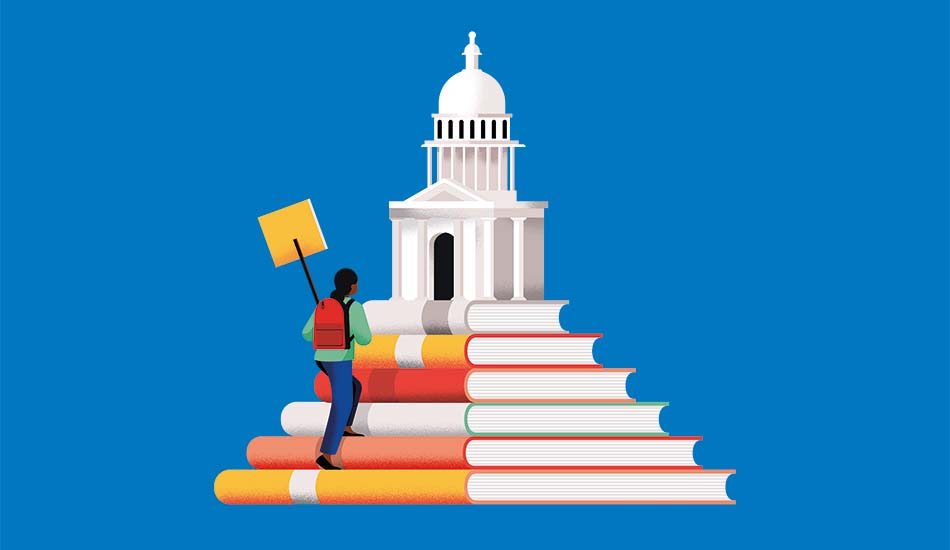 3. Connect your most important political values with real action.

As a political theorist, Assistant Professor of Political Science David Thomason spends much of his time in the classroom talking about aspirational values like freedom of speech, fairness and equality. But he says students often don’t internalize those ideas fully until they do nuts-andbolts projects outside the classroom. In recent years, for example, his students have worked on projects to add traffic lights and speed zones to busy areas around high schools. They’ve advocated for legislation at the State Capitol, working to build coalitions, attract media attention and meet with government officials. Thomason says the lessons they draw from their experiences are powerful. “They see all of the places where the system can be influenced and how they can influence the system,” Thomason says. These activities lead them to realize that their voices matter and that they can use them. “When you see [something in a textbook], you think, ‘How can I ever have an impact on public decisions?’” Thomason says. “But I want students to say, ‘I can actually do something about this.’” 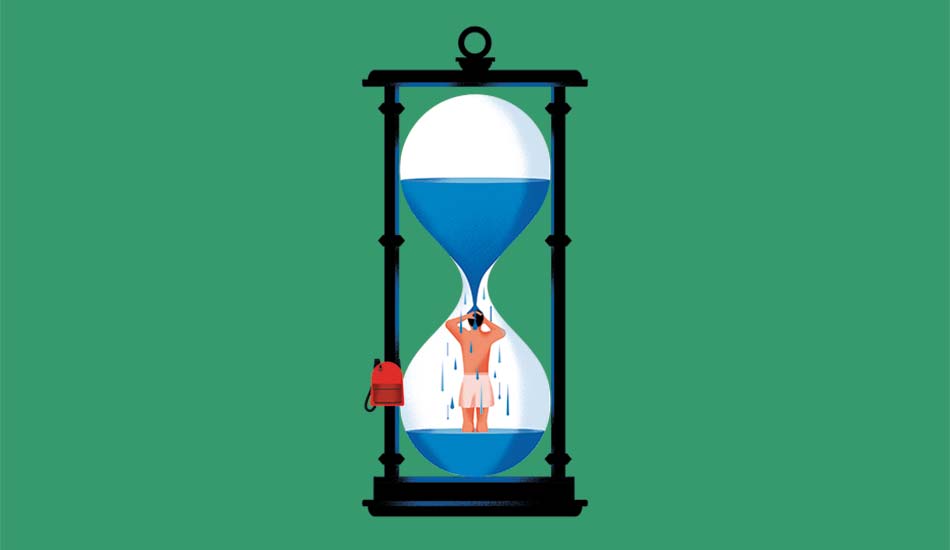 4. Test a sustainable practice in your own life.

Professor of Environmental Science and Policy Peter Beck can tell you all the statistics in the world about the benefits of sustainable practices. He can tell you that in Costa Rica, the country’s national sustainability policies have been linked to high scores on quality of life, health and education. He can tell you that cities designed for walking and biking tend to have healthier, less-stressed residents. He can tell you about the growing body of research that shows children who spend significant time in nature see benefits in not just their physical health, but their mental health as well. But he says the facts aren’t nearly as powerful as lived experience. That’s why he has his students experiment with implementing sustainable lifestyle changes, such as “avoiding driving by yourself by taking the city buses, avoiding highly processed food or meat, and minimizing your electricity and water use,” he says. Beck says students frequently discover that reducing resource use can unexpectedly improve their quality of life. His students have told him they’ve learned that shorter showers give them more time in the morning, that skipping a Netflix show allows them to meet up with a friend for a walk, and that avoiding processed foods leads them to feel more energetic. And that’s part of the point. “Sustainability isn’t just about the environment,” he says. “It provides social, health and economic benefits.” 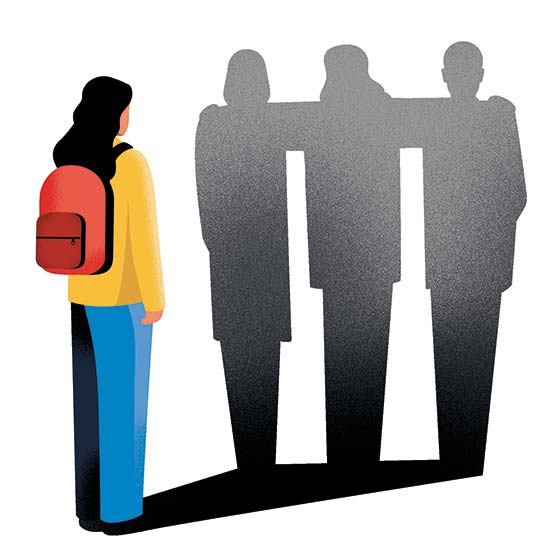 Associate Professor of Psychology Tomas Yufik studies and supports veterans who have post-traumatic stress disorder (PTSD), and he says one of the most challenging parts of the treatment process is reducing the stigma around getting help. To address this, psychologists spend much of their time normalizing: helping people understand that what they’re experiencing is common. These same ideas are valuable in his work with students. “They may be living with some experience that they never want to talk about,” he says. “But there is a whole world of people who have experienced something similar and who are committed to helping them.” 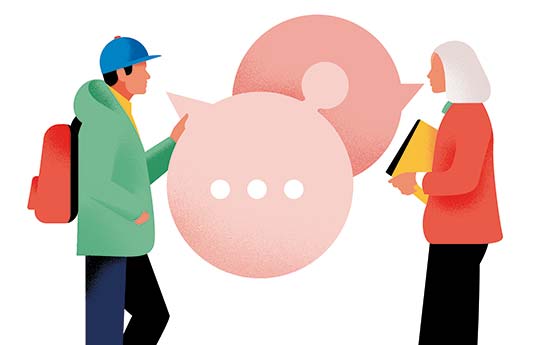 Assistant Professor of Counseling Kerrie Taylor knows that teens often don’t get much respect. Adults roll their eyes at the very real emotions that they experience after difficult breakups, social snubs
or just the high-stakes stresses of everyday life. But adolescents who find adults who both champion their successes and can empathize with the challenges that they face can see huge boosts in their wellbeing. It’s part of the reason there’s an entire team of counselors at St. Edward’s who stand at the ready when students need them. Counselors aren’t necessarily fixing teens’ problems, says Taylor. But they’re attentive adults who get to know these students and meet them where they are. “Just being able to validate [students’] feelings and experiences, instead of trying to brush over them or pretend like their feelings don’t exist,” can make a difference, she says. She and counselors at St. Edward’s stay in touch with the emotions and life experiences of young adults so they can offer support that has an impact. “You have to have an emotional vocabulary to do that. [You need to be able to sit] across from another person and say, ‘I know this really sucks right now. This really hurts. This is very sad for you,’” Taylor says. Students who have adults in their lives who understand them and value them are able to internalize the idea that they are important. Even more than that, teens gain self-awareness and the language to describe emotions in ways that can make them empathetic to others.

Why It’s Time to LiveWellSEU

At St. Edward’s, wellbeing is more than a buzzword. A new LiveWellSEU initiative brings together a range of programs, departments and offices on campus to support students’ well-being in a holistic way. While development of the initiative is ongoing, Senior Director of Recreation and Wellness Andy Lemons says the overarching idea, along with some of the improvements that have already been implemented, will have a big impact on students. Here’s how:

The transition from high school to college will get easier. Most students love their college experience, but not always right from the start. “Students experience feelings of loneliness, a lack of connectivity and stress from expectations of high achievement,” says Lemons. St. Edward’s has committed to providing more robust programming, from counseling services to student financial services, that will help students manage stress and find the support they need, exactly when they need it.

Students will be in environments that make healthy decisions easier. The Recreation and Athletic Center expansion, for example, includes tech-free lounges and spaces for students to take naps between classes to help them recharge if they need it.

Trained peers will give advice students actually want to take. A new program called Peer Wellness Champions will train students to act as “guides” to help others make good decisions about health and wellness or connect with specific campus services.

Students will learn the tools to succeed at St. Edward’s and in the world beyond. “We’re always asking: What are the challenges that our students face?” says Lemons. “We want to help them manage their own wellness and provide services where needed.”