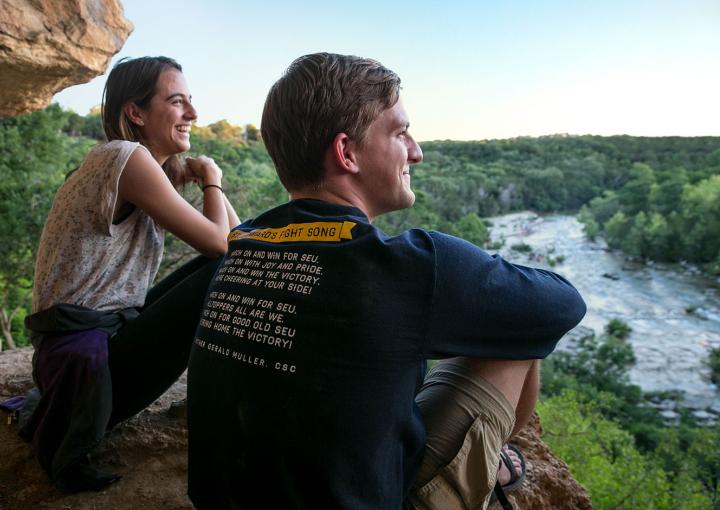 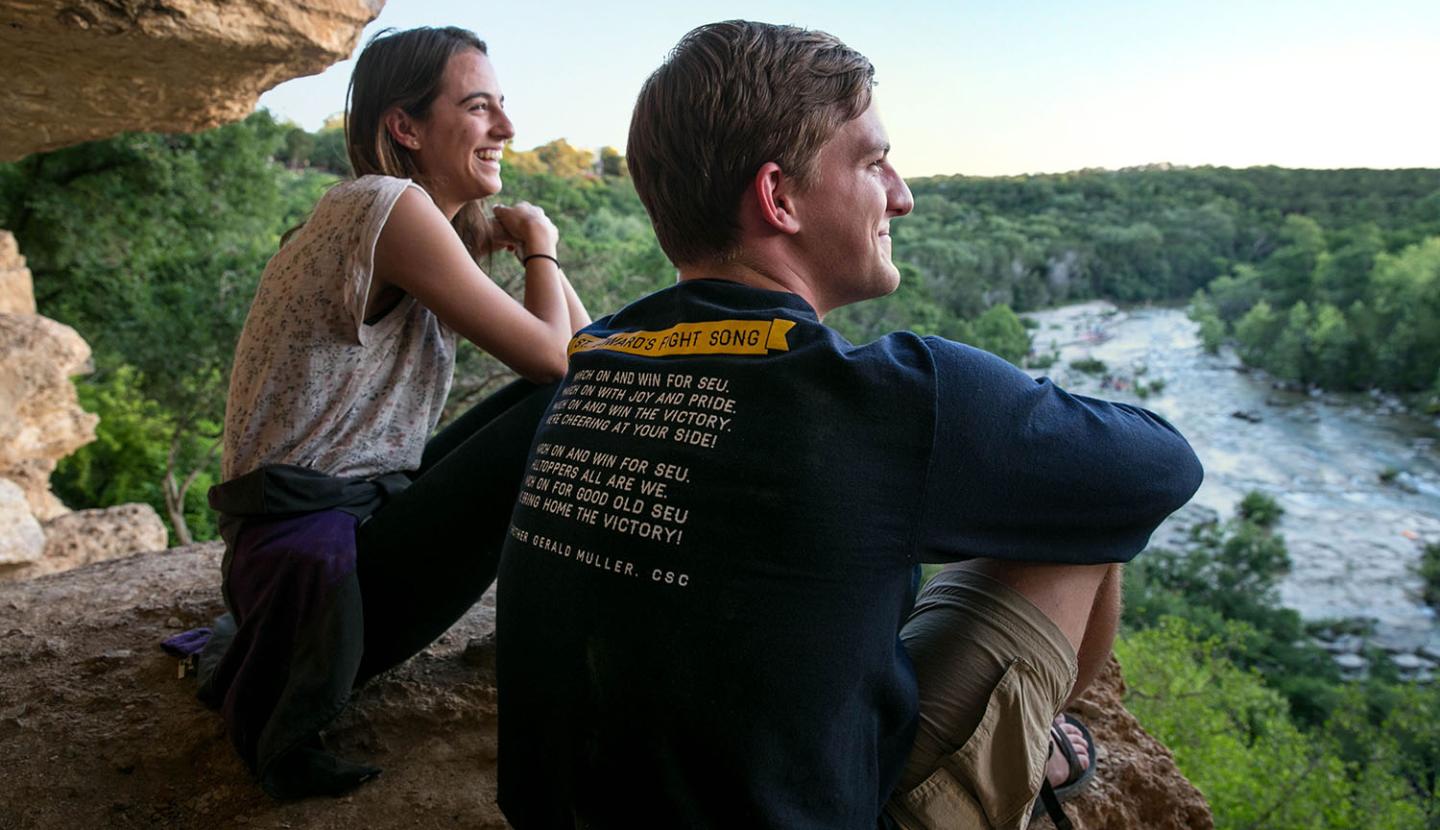 Tell anyone outside of the capital area you go to school in Austin, and city-envy ensues. It’s trendy. The economy is hot. The live music reputation is second-to-none. It’s got amazing parks, great restaurants and incredible festivals, not to mention a vibe that no other city can match.

But there are reasons well beyond the cool factor that make Austin a great place to go to school — and home to St. Edward’s. Think internships at one of the city’s startup incubators. Professors who aren’t just teaching about the city’s arts scene but actually are the scene. Research opportunities at a 227-acre wilderness preserve just miles from campus. Service opportunities that connect students to the heart of the city.

The list could go well beyond these 44 highlights, but we hope you’ll check out just a few of the ways our students are taking advantage of all that the city has to offer. 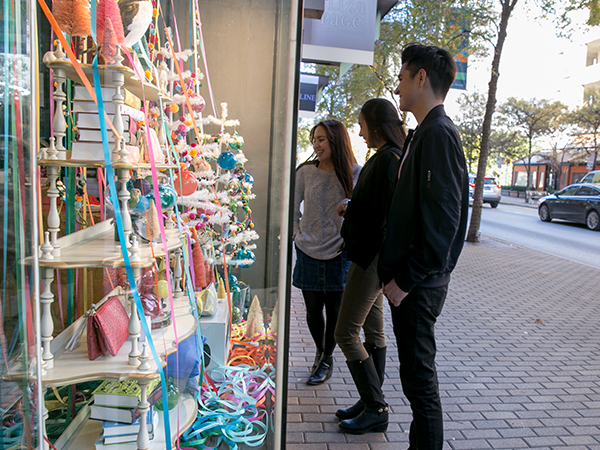 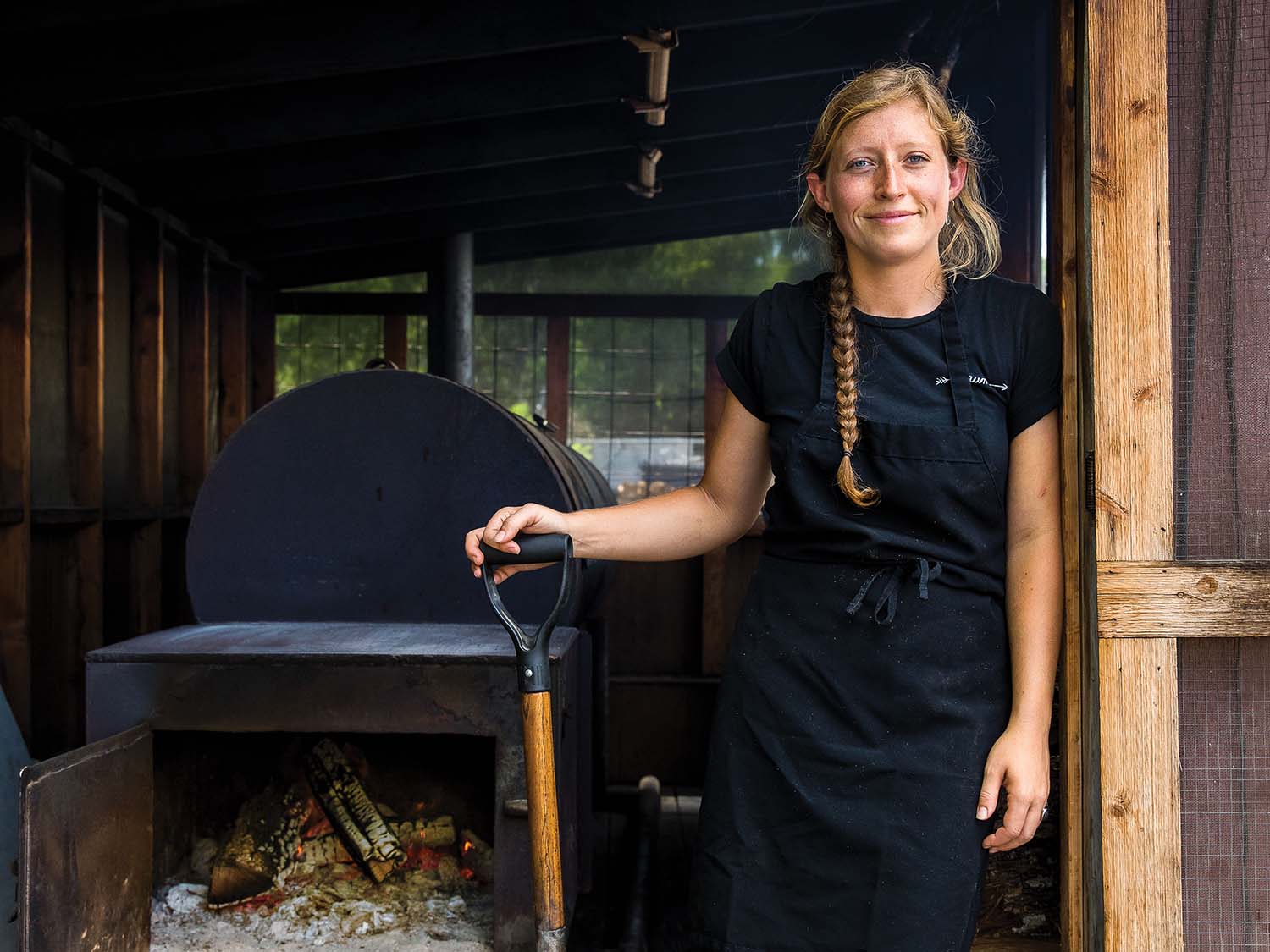 4. Wild Basin, the 227-acre Hill Country wilderness preserve jointly owned by St. Edward’s University and Travis County, was named to the 2018 Best of Austin list in the Sports and Recreation category by the Austin Chronicle. 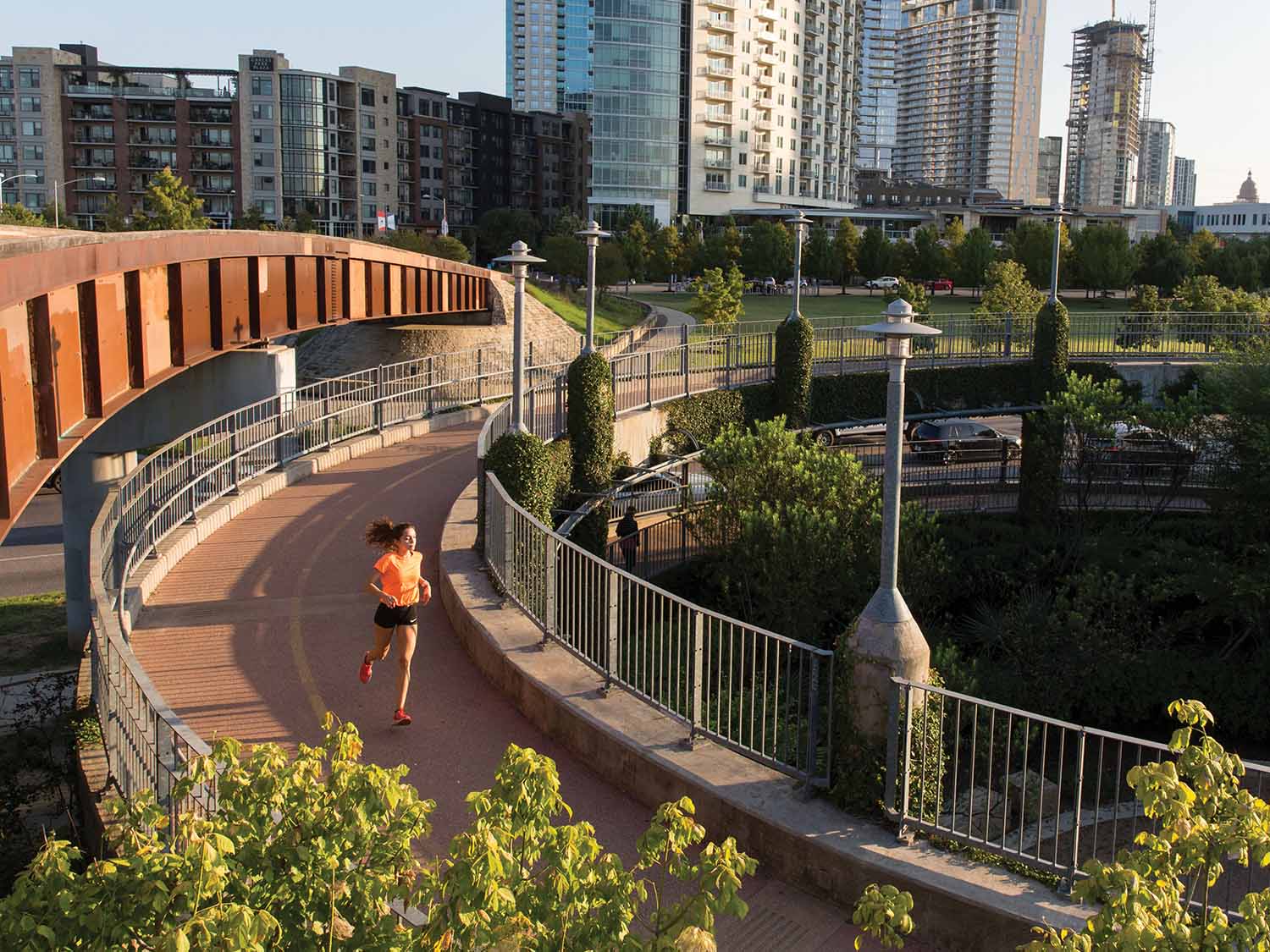 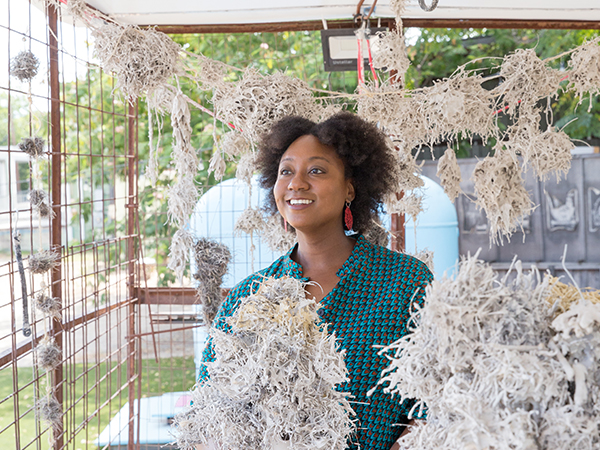 6. Assistant Professor of Sculpture and Ceramics Tammie Rubin participated in a 6-week outdoor installation at The Museum of Human Achievement in Austin, in which she set up her studio in a caged trailer, allowing her art making to be open and visible to the public.

8. School of Natural Sciences Dean Gary A. Morris and Visiting Assistant Professor of Physics Paul Walter launched specially instrumented weather balloons from campus to study ozone pollution. The project has been funded by the Capital Area Council for Governments and the Texas Commission on Environmental Quality. 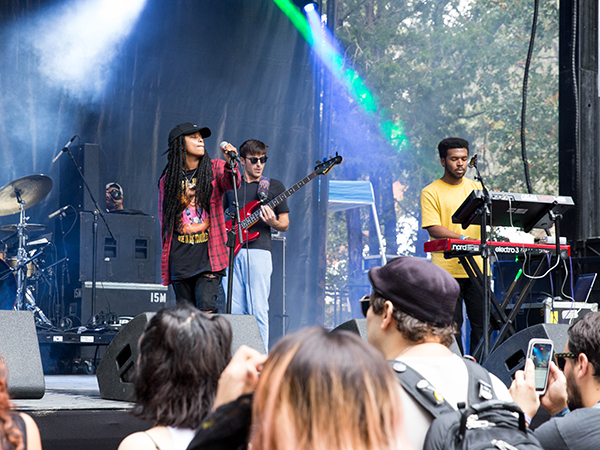 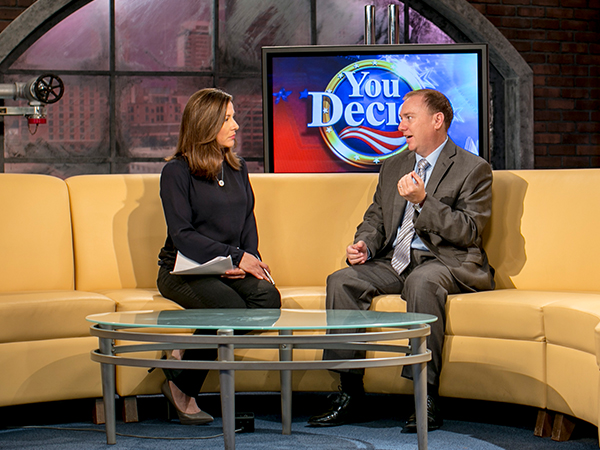 11. Professor of Political Science Brian Smith was the go-to expert for many Austin television stations during the fractious election season — he was interviewed more than 18 times.

13. The Bill Munday School of Business brings to campus keynote speakers from national organizations, including the CEO of Office Depot and a brand strategist for Google’s Unskippable Labs, to discuss leadership, management and innovation in the 21st century. 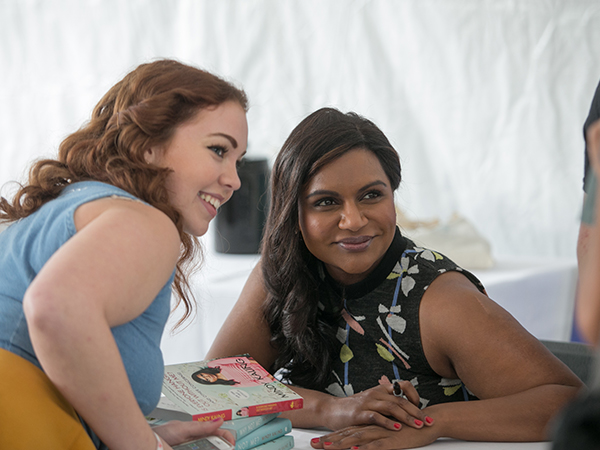 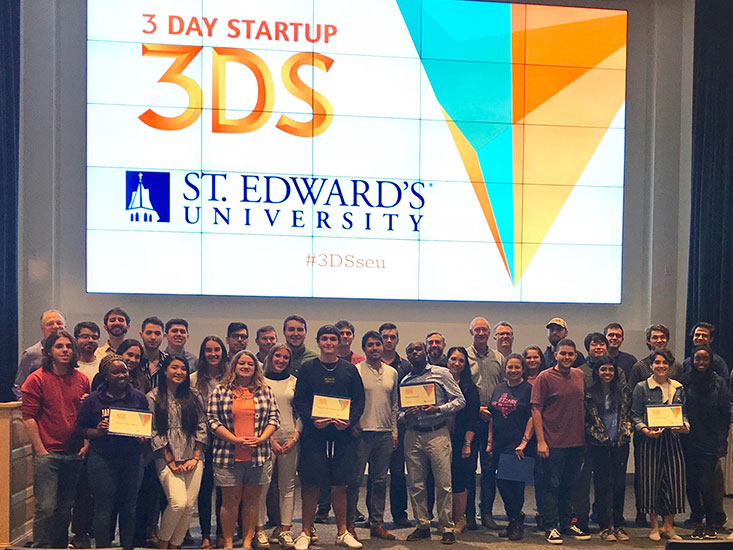 16. 40 students across majors pitched their innovative business ideas to local Austin entrepreneurs and investors during 3 Day Startup, a program that gives participants the hands-on experience of starting a company.

17. The Writers’ League of Texas holds workshops on campus for Austin’s writing community that cover everything from “Concocting Livelier, More Interesting Prose” to “Publishing 101: What Authors Need to Know About the Publishing Business.”

18. Chelsea Elliott ’12, founder and executive director of the half-Helen Foundation, has screened more than 35,000 children in two states and developed a treatment-tracking app thanks to a $100,000 grant from the St. David’s Foundation.

19. Each fall, graduate and undergraduate Accounting students get tips from practicing accountants from across the field — KPMG to the Texas State Auditor’s Office — as part of a “How to Succeed in Accounting” retreat.

20. The Student Government Association hosted The BIG Event, a day of service that sends volunteers to Austin nonprofits like the Healing with Horses Ranch and River City Youth Foundation. 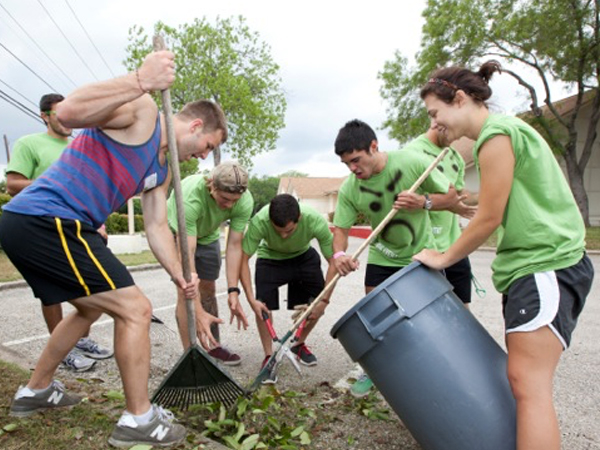 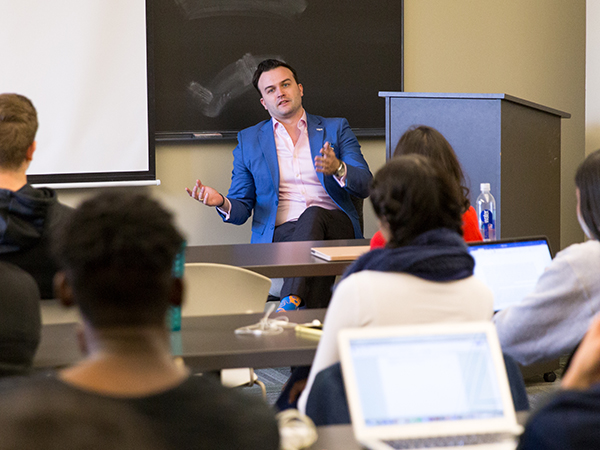 21. This fall, Jeff Miner ’11, brand strategist at Brand Lab for Google, visited campus to talk about how his time on the hilltop prepared him for a career at one of the world’s leading tech companies.

23. Every summer, a group of St. Edward’s students is funded by H-E-B grocery and Enterprise Rent-A-Car to complete paid internships. This year 7 students were selected to work at local organizations, including Caritas of Austin, Latinitas, PeopleFund, and Kids in a New Groove.

24. Students across all majors pitch creative ideas for new businesses, apps, products and services in iChallenge on the Hilltop: Ideas for Innovation, a pitch competition sponsored by The Bill Munday School of Business. 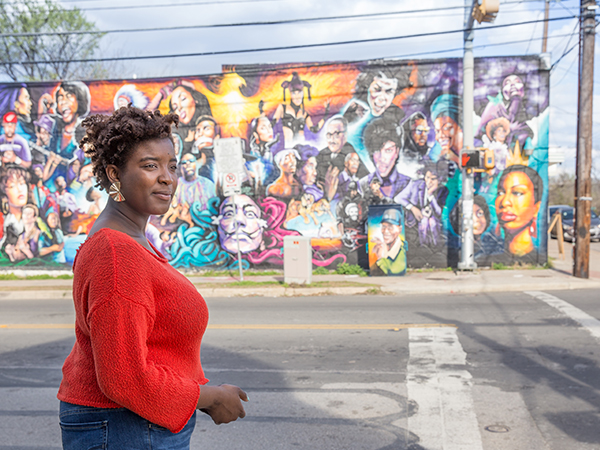 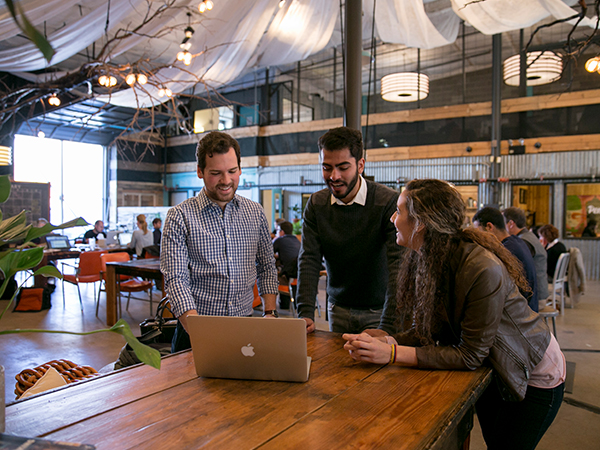 27. S.E.R.V.E. 1 Day brings together approximately 100 students from St. Edward’s one Saturday each month to volunteer at five different sites across the city.

28. The Consulate General of Mexico visited the College Assistance Migrant Program, where students have interned in previous years.

29. Art major Brittany Fucik ’18 cares for art exhibits at Austin-Bergstrom International Airport as part of her art coordination internship. She says the experience is a good introduction to what it would be like to work at a museum or gallery and is giving her graphic design experience. 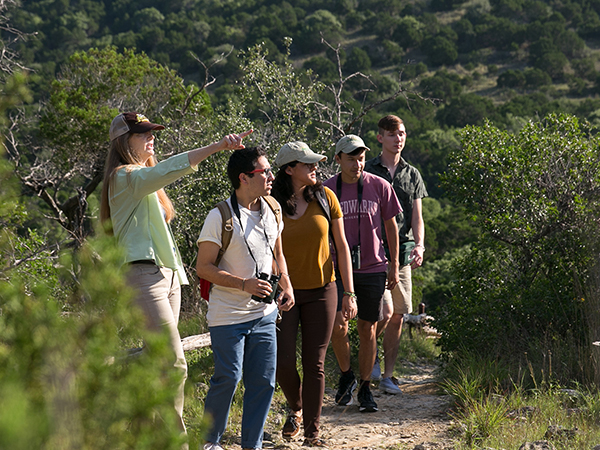 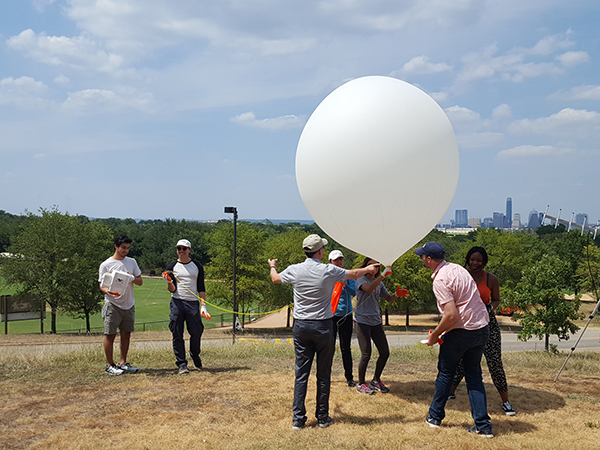 31. School of Natural Sciences students Elias Bocanegra ’20, Grace Akomeogho ’18, and Matthew Villarreal ’19 helped St. Edward’s scientists launch a series of weather balloons that produced the only source of sounding data available for Central and Southeast Texas during Hurricane Harvey. The data collected was used by the National Weather Service in 33 counties across Texas.

32. The School of Human Development and Education has partnered with Del Valle Independent School District to bring junior and senior education majors into Del Valle middle and high schools — hands-on experiences that go far beyond the state mandates for teacher certification.

34. Ali Dadpay, acting chair of the Finance and Economics Department, lent his economics expertise to High Five Events and conducted an economic impact study for the organization on the Austin Marathon. 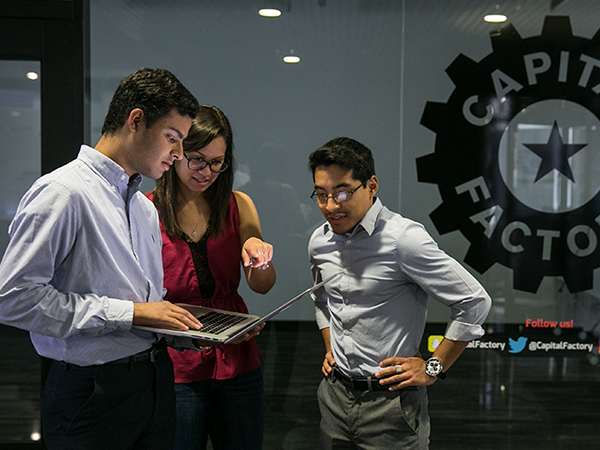 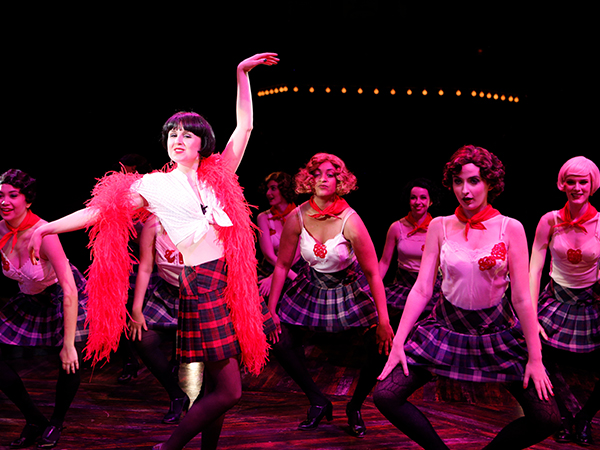 37. School of Natural Sciences students Elias Bocanegra ’20, Grace Akomeogho ’18, and Matthew Villarreal ’19 helped St. Edward’s scientists launch a series of weather balloons that produced the only source of sounding data available for Central and Southeast Texas during Hurricane Harvey. The data collected was used by the National Weather Service in 33 counties across Texas.

38. Maya Boehm was named as chair of the College Student Commission for the City of Austin. The commission advises the Austin city council on issues concerning issues affecting the quality of life for higher education students in the Austin area.

39. St. Edward’s University partners with Capital Factory to provide memberships for seven students in the School of Natural Sciences and The Bill Munday School of Business each semester, giving them access to some of the city's top entrepreneurs, investors and startup resources.

41. Students get an up-close look at politics and government, thanks to the university’s location in the state capital. 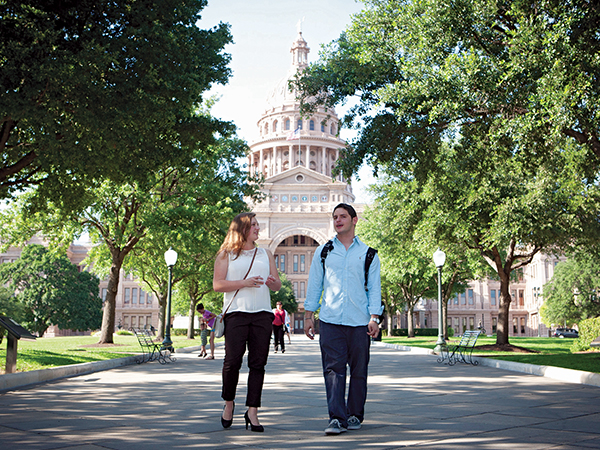 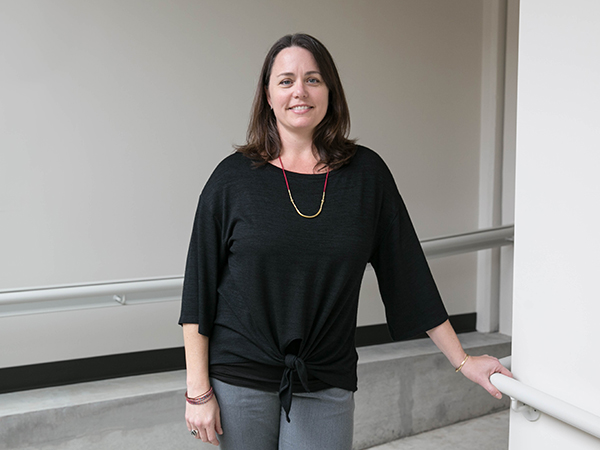 42. Assistant Professor of Social Work Laurie Cook Heffron is on the Central Texas Coalition Against Human Trafficking steering committee and the Allies Against Slavery advisory board — she also frequently works with Refugee Services of Texas, the Institute on Domestic Violence & Sexual Assault at the University of Texas at Austin, and a host of immigration attorneys serving immigrants who have experienced violence and exploitation.

44. St. Edward’s partners with the City of Austin Innovation Office and Open Austin to host the annual ATX Hack for Change, which brings technology enthusiasts together to solve community problems by creating websites, apps and online tools.

Where Prisons and Art Meet

A Year on the Hilltop